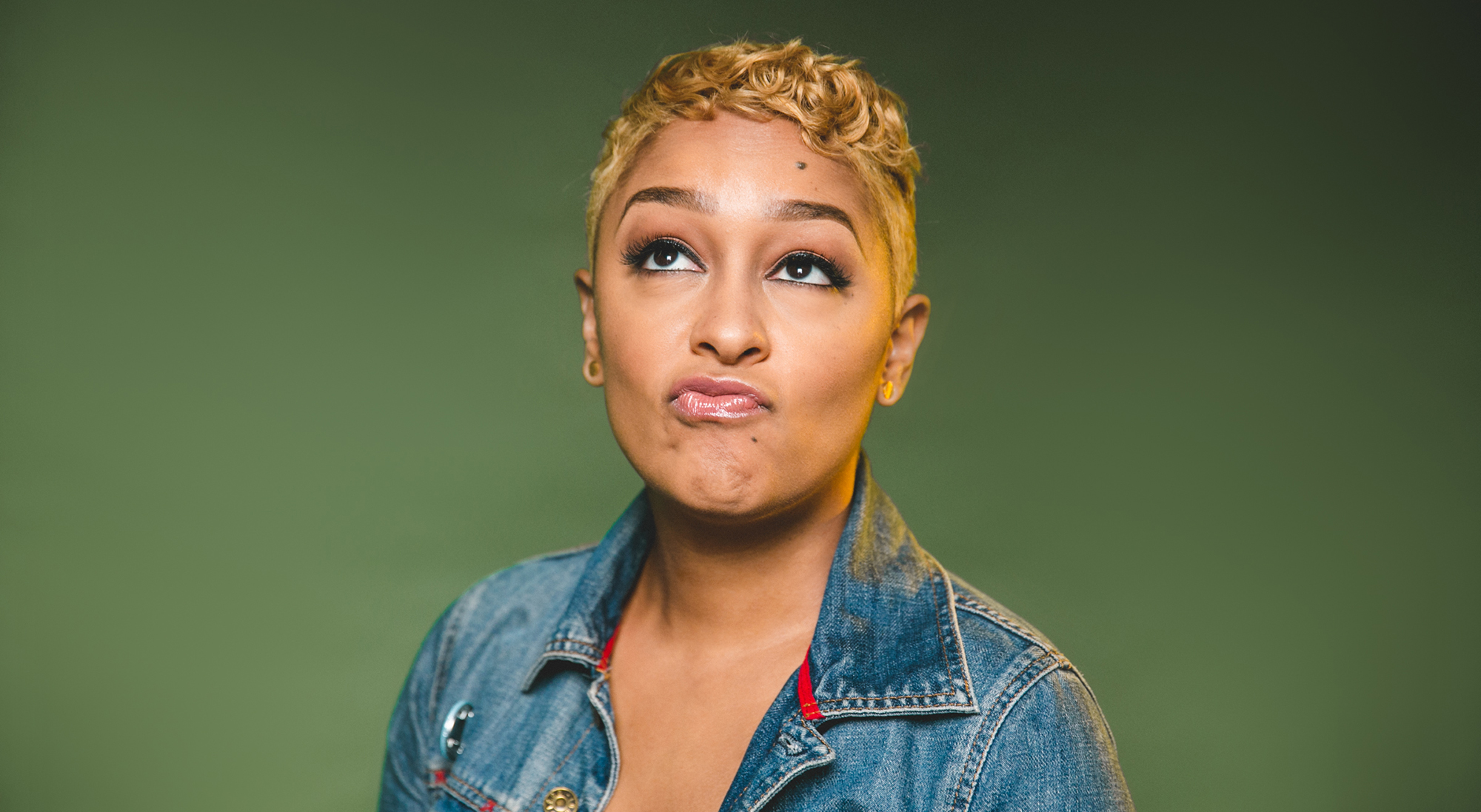 Social scientist-poet-activist-comic book artist-podcaster-Twitter influencer Eve Ewing, AB’08, is busy. She’s an assistant professor in the School of Social Service Administration. Her book Ghosts in the Schoolyard: Racism and School Closings on Chicago’s South Side (University of Chicago Press, 2018) came out this fall. And 1919, a collection of poems addressing the Chicago race riots in the summer of that year, will be out in June 2019 from Haymarket Books.

With so much on her plate, Ewing has to multitask. So in a December lecture, “Ghosts of 1919: Rendering a City and a Riot in Poetry and Prose,” she put her recent book and her forthcoming one “in conversation with one another.” (A third publication, her comic book Ironheart, came out in November.) The lecture was part of the fall series hosted by the Karla Scherer Center for the Study of American Culture, cosponsored by the Committee on Creative Writing.

During the hour-long talk in the Logan Center—“perfectly architecturally designed to contemplate the South Side,” Ewing notes—she played multiple roles:

Ghosts in the Schoolyard, which focuses on the closing of 50 Chicago public schools in 2013, grew out of Ewing’s doctoral dissertation at Harvard: “Shuttered Schools in the Black Metropolis: Race, History, and Discourse on Chicago’s South Side.”

To explain why the city wanted to close the schools and why communities resisted, Ewing went back well into the 20th century. In the lecture she presented a slideshow with statistics, maps, and photographs about everything from restrictive housing covenants in Bronzeville to the Chicago Housing Authority’s Plan for Transformation. Before discussing Barbara Byrd-Bennett, Chicago Public Schools’ chief executive officer in 2013, Ewing gave a brief history of the public school system, including the controversial mobile unit classrooms known as “Willis Wagons” in the 1960s.

The lecture happened to fall the day after a judge ruled that National Teachers Academy, an elementary school on Chicago’s South Side, could stay open. Ewing’s dissertation was among the evidence presented by the community.

In other words, Ewing’s got the facts down. But she also still has elements of the middle-school teacher she once was.

“Raise your hand if you’ve never heard of the 1919 Race Riot,” she said. (About a third of the audience did.)

While researching Ghosts in the Schoolyard, Ewing came across a report, The Negro in Chicago, written by a state commission to study the 1919 Chicago Race Riot. She found a lot of “unintentional poetry” in the report.

The poems in 1919 are inspired by passages from the report. For example, the line  “the presence of Negroes in large numbers in our great cities is not a menace in itself” led to a poem, “The Train Speaks,” from the point of view of a train bringing African Americans to Chicago from the South.

Unlike “The Train Speaks,” most of the poems Ewing read have not been published or even widely shared.

They take different forms: “Jump Rope,” building on the idea of ropes used to lynch as well as play, drew on children’s jump rope songs. “Keeping House” is a series of tanka poems in response to this portion of the report: “White persons are generally uninformed on matters affecting Negroes and race relations.”

Ewing read: “My mother taught me / to be silent in their homes.”

While sociologists must often deal with grim realities, “Anything can happen in a poem,” Ewing said.

Ewing is working with other community members on a project to commemorate the centennial of the riot in 2019. It’s in keeping with the activism of Gwendolyn Brooks, whom she calls “my No. 1 biggest influence.” She said Brooks is a role model not just as a poet, but for “what she demonstrated about what it means to be a writer in the world.”

“I don’t know any other way to be myself,” Ewing said of her multiple outlets. “I think people give me a little too much credit.” She thinks of herself as following in the black intellectual tradition of sociologist-activist-novelist W. E. B. DuBois, anthropologist-novelist-playwright Zora Neale Hurston, and sociologist-author Sarah Lawrence-Lightfoot, her dissertation adviser at Harvard.

How does she do it, an audience member asked?

She knows when to compartmentalize—she didn’t write any poetry while working on her dissertation, for example.

Ewing also understands that the academic world is still publish or perish, and poetry doesn’t count as scholarly work.

But, she said, “the alternative is to not make art, and that’s not a viable option.”