You earned a degree in what?

Alex Laas, AB’12, is almost certainly the first person to graduate from UChicago having majored (or as close as she could come to majoring) in fashion. Her degree is in visual arts; her senior project was a fashion show.

The show, which featured ten models wearing her designs, was staged in the courtyard of the Logan Center during Alumni Weekend in June—amusing some alumni, confounding others. Her inspirations, Laas says, included drag queens and “fake futuristic things, like the way they envisioned the future in the 1960s. I like playing with the tacky aspects.”

In high school, Laas made her own clothes; she learned how to sew from her mother and her sister, Alicia Zenobia, now a fashion designer in New Orleans. (Known for her edgy work, Zenobia participated in a 2010 nutria-fur fashion show; her contribution was a cocktail dress trimmed with strips of nutria and small clay skulls.)

Nonetheless, Laas came to the College intending to study biology and English. Only after she joined MODA, which calls itself “the only sartorially directed student organization at the University of Chicago,” did she realize she was fascinated by fashion.

Unfortunately, none of the professors in the small department of visual arts knew much about fashion. “It was a weird challenge,” Laas says. “They didn’t know what to do, but they were supportive.”

After graduating, Laas moved to New York to take a Metcalf internship at Gurjot, which produces custom-made women’s business wear. She hopes to make her career in fashion.

Laas likes dressing up to go out on the weekends, she says, but otherwise is indistinguishable from many fashion-challenged UChicago alumni. “I’m not really a fashionable person myself,” she confesses. “More a jeans and T-shirt kind of girl.” 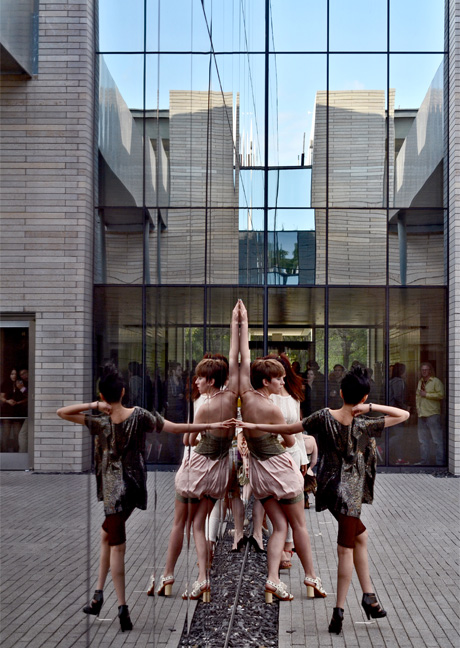