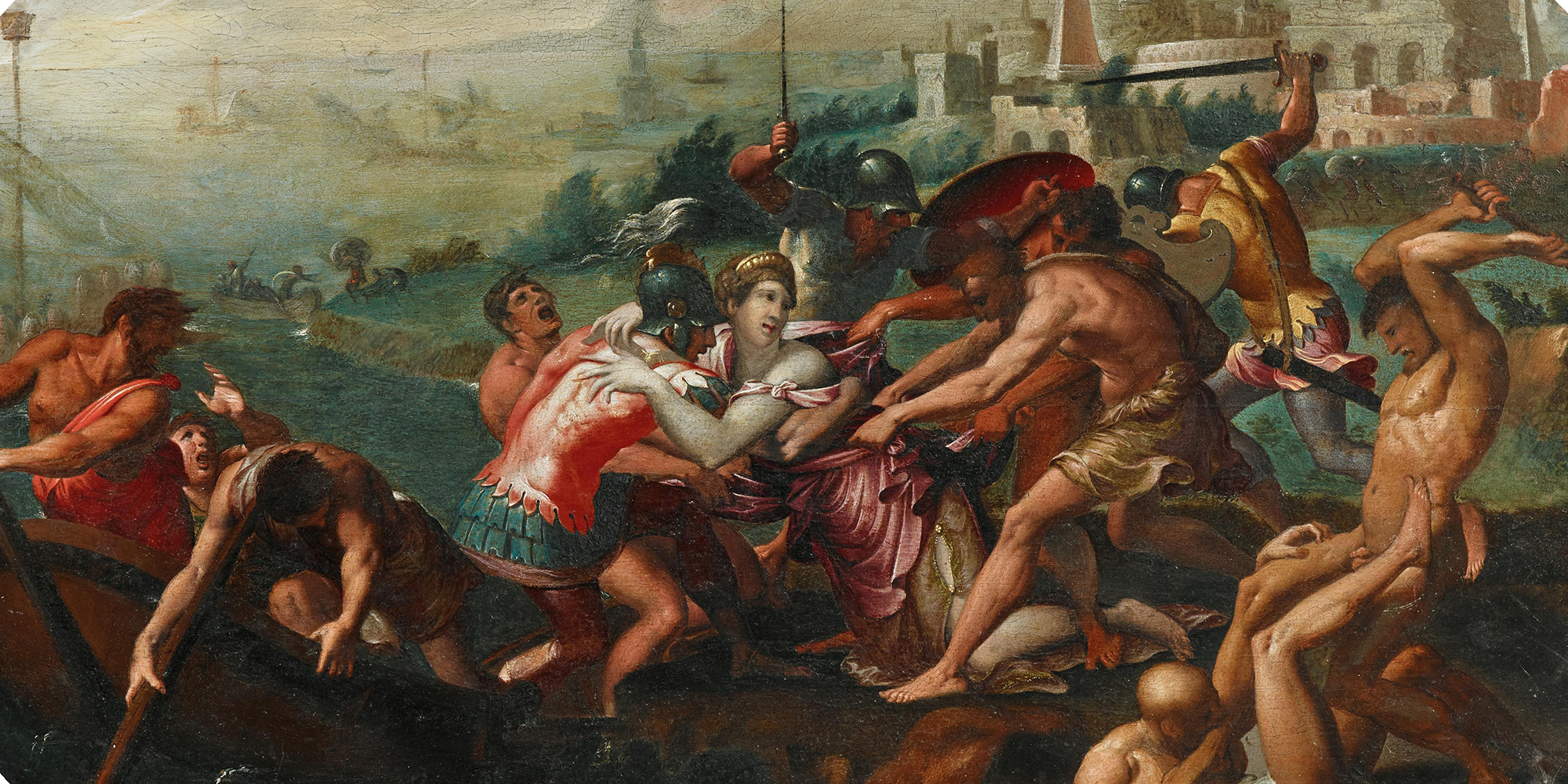 We have forgotten Paris, and his fate.
We have not much inquired
If Menelaus from the Trojan gate
Returning found the long desired
Immortal beauty by his hearth. Then late,

Late, long past the morning hour,
Could even she recapture from the dawn
The young delightful love? When the dread power
That forced her will was gone,
When fell the last charred tower,

When the last flame had faded from the cloud,
And by the darkening sea
The plain lay empty of the arméd crowd,
Then was she free
Who had been ruled by passion blind and proud?

Then did she find with him whom first she chose
Before the desperate flight,
At last, repose
In love still radiant at the edge of night,
As fair as in the morning? No one knows.

No one has cared to say. The story clings
To the tempestuous years, by passion bound,
Like Helen. No one brings
A tale of quiet love. The fading sound
Is blent of falling embers, weeping kings.

“Helen Grown Old” from Poems Old and New, 1918–1978 by Janet Lewis. © 1950 by Janet Lewis. This material is used by permission of Ohio University Press, www.ohioswallow.com.