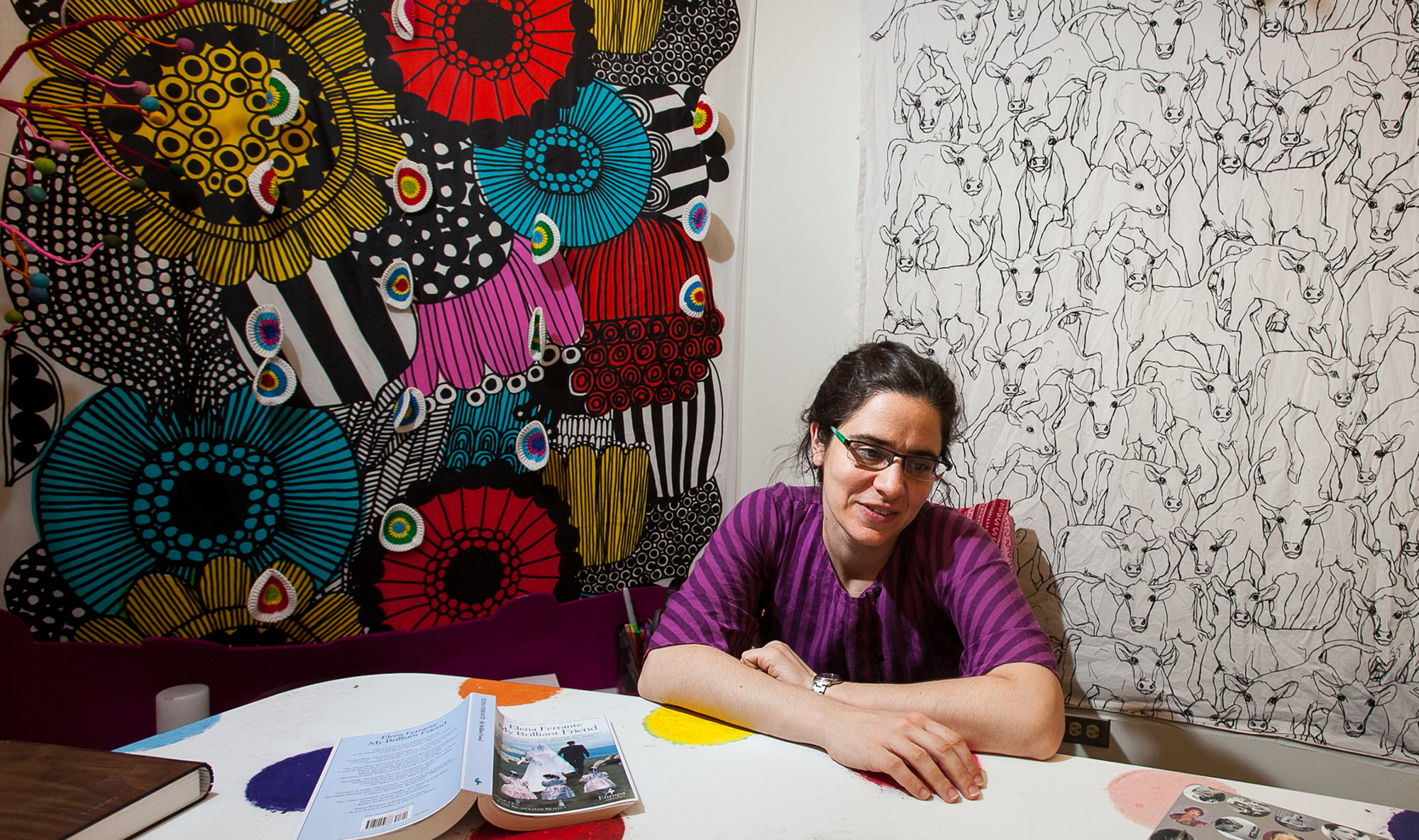 Agnes Callard wanted students to be able to ask big questions at Night Owls events—the kinds of questions that drew them to study philosophy in the first place. (Photography by Eddie Quinones)

By
Author
Jack Wang
|
The University of Chicago Magazine
—
Spring/19

Agnes Callard didn’t know how many students would show.

Nearly two years ago, the University of Chicago philosopher booked a room in the basement of Ida Noyes Hall for her fledgling event. She brought enough cookies for about 30 people—an optimistic number, given the feedback from well-meaning friends
and colleagues.

“Don’t expect too much,” one warned, “because this is pretty weird.”

“Even if 10 people show up, you’ve done something good,” said another.

More than 100 packed that room, sitting atop and underneath tables to discuss the topic of the night: “Is Philosophy a Blood Sport?”

And so Night Owls was born. Callard’s late-night discussion gives students and faculty a distinctive opportunity to explore philosophical topics—offering what the UChicago associate professor sees as a way to break intellectual inquiry out of classroom confines. As the clock ticks toward midnight, people feel a little looser, a little less self-conscious, a little braver with their questions.

The enthusiasm from that first night has only grown. This past fall, Callard, AB’97, and her ex-husband, Ben Callard, a UChicago lecturer, hosted the most popular Night Owls to date: “The Philosophy of Divorce.” The room filled up so quickly, roughly a third of the estimated 300 students who arrived were turned away at the door.

The popularity of Night Owls reflects a trait Callard loves about UChicago students. “You want to prove to people not that you’re necessarily the smartest, or that you’re going to be the most successful, but that you’re the one who cares the most,” she says. “You’re the one for whom being here means and matters the most.”

Callard would know. She arrived at UChicago as an undergraduate more than two decades ago, hoping to study physics because she “cared about the truth.” But after taking classes in the College’s Core curriculum, she began to realize that truths might exist in other fields—ones that interested her more than atoms and molecules. So she majored in philosophy, going on to earn her PhD from the University of California, Berkeley.

When she became the Department of Philosophy’s director of undergraduate studies in 2017, Callard noticed that most existing events had an administrative bent. They were valuable in their own way—guiding students to the major, through a thesis, or toward graduate school—but none of them involved the actual practice of philosophy.

Night Owls, which she now runs with department administrator William Weaver, LAB’80, AB’84, was her attempt to fill a void.

Inspired by a conversation with a friend who teaches at St. John’s College, Callard launched the late-night philosophy discussion—one led by faculty but tailored to spin off in whatever direction students want. Rather than close reading classical texts like in class, Night Owls offers a chance to engage with the big questions that push people toward philosophy in the first place: What exists? What does it mean to live a good life? What is the meaning of death?

“This feels like the way philosophy should be done,” says Anya Marchenko, AB’17, a regular attendee. “Late at night, with snacks—and attended by a ton of people who are really invested in these types of questions.”

“Night Owls is the epitome of the fun and rigorous inquiry that drew me to UChicago,” says fourth-year Nora Bradford. “Where else would you find this many people gathering for three hours on a weeknight to talk about philosophy?”

Fellow fourth-year Nur Banu Simsek has missed just one event, absent only because she was out of the country. The series, she says, has “honestly been one of my favorite parts of the overall College experience.”

This past January Night Owls faced a new test. The latest session was scheduled at the tail end of a polar vortex, which saw temperatures dip to negative 20 and prompted the University to cancel more than a day of classes and nonessential activities.

Callard considered canceling Night Owls too. But her guest, George Mason University economist Tyler Cowen, had already landed at O’Hare International Airport. Weather for the 9 p.m. start time was forecast to hover around zero degrees, unpleasant but bearable. Opening the doors to those willing to brave the cold, she decided, was a better option than trying to reschedule.

More than 200 people turned up, warming themselves with hot chocolate and coffee after trekking through snow. Night Owls had returned to Ida Noyes Hall—but instead of the basement, students filed into the third-floor theater, flanked on either side by Renaissance-inspired murals. A dozen or so made do without seats, standing in a back corner or sprawling out on the hardwood floor.

Callard and Cowen settled in on stage, accompanied by a small turquoise owl statue. In a discussion billed as “Philosophy vs. Economics: The Battle for Your Soul,” the two assumed their roles as friendly adversaries, eager to win over the young minds gathered before them.

Callard opened with a shot across Cowen’s bow. “Welcome, philosophers,” she said, “and future philosophers.”  For the next two hours, the scholars circled from the existential to the comical to the tautological.

Should we put a price on human life? (“It’s always context dependent.”)

You want us to do philosophy … faster?

Economics is, in short, what economists do.

But it wasn’t until the session opened up to students that the evening tilted toward the most pressing question. One young woman near the front of the room spoke up. A student of both economics and philosophy, she asked the professors to say it plain: Which field is better? No consensus was reached.

“The students really want to know the answers,” Callard says. “There’s nothing in those questions of trying to be impressive or showing that they know anything.

“There’s a hunger and demand in them that—‘OK, finally, I get to ask you this question that really bothers me. And it never fit in any class I’ve ever been in. And you better answer it.’”