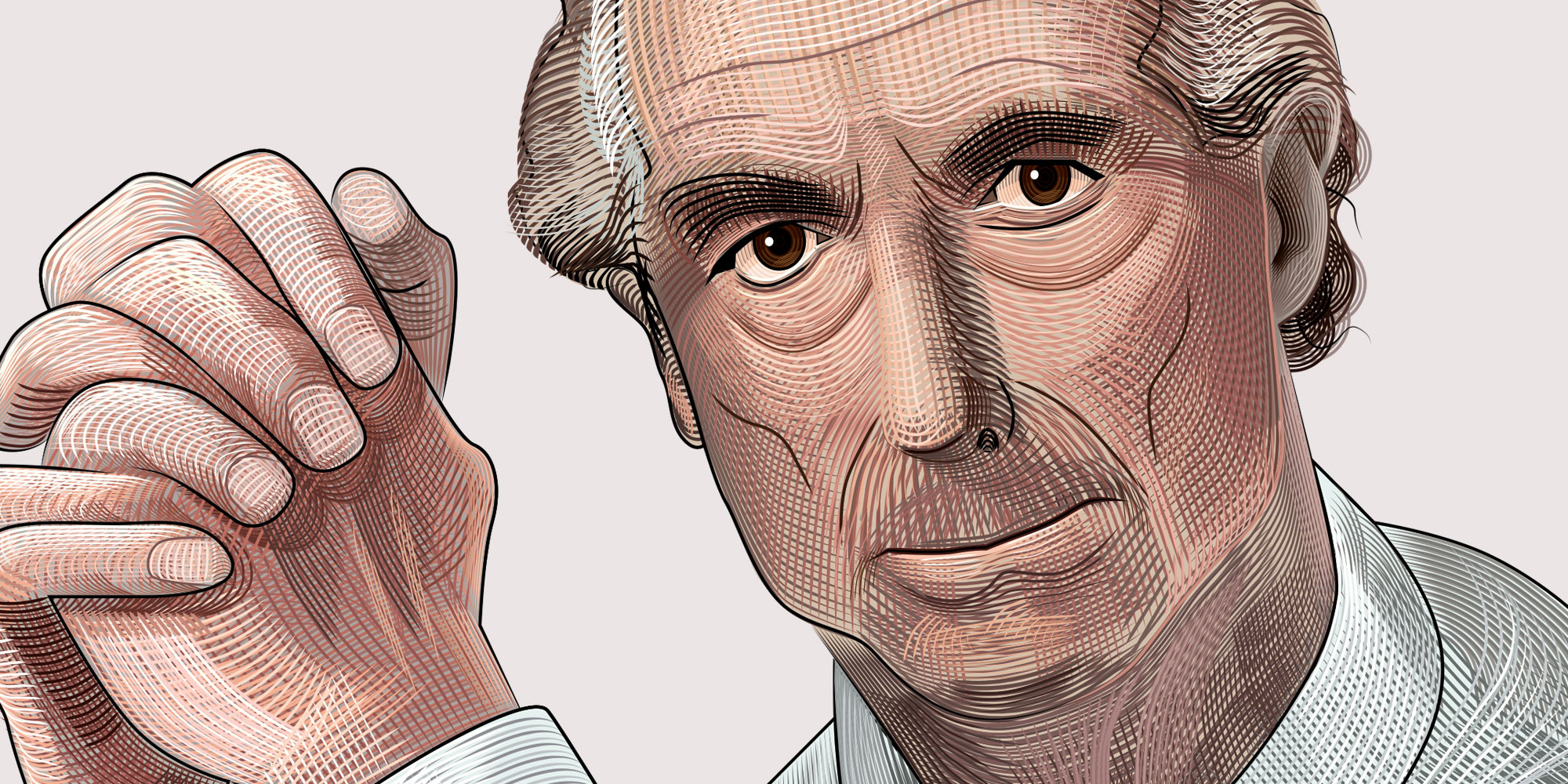 Philip Roth, AM’55, spent only a few years at the University of Chicago, but they had an outsized influence on the career of the celebrated American novelist, who died May 22 (see Deaths).

It was here that Roth published his first story for a national audience, “The Day It Snowed,” in the graduate student–edited Chicago Review. He endowed one of his most famous and enduring characters, Nathan Zuckerman, with a UChicago education, and an unmistakable one at that: “Inspiring teachers, impenetrable texts, neurotic classmates, embattled causes, semantic hairsplitting—‘What do you mean by “mean”?’” Roth wrote in The Anatomy Lesson (Farrar, Straus, and Giroux, 1983).

Roth arrived at the University of Chicago in 1954, completing his master’s degree in English the following year. After briefly serving in the Army, he returned to campus to teach composition in the College from 1956 to 1958 and resumed his productive exchanges with students, colleagues, and teachers.

Among those he spoke of later were Napier Wilt, then dean of the humanities; professor and The Lonely Crowd author David Riesman, whose mass culture course he audited; his fellow graduate student Ted Solotaroff, AM’56, who published an early excerpt from Portnoy’s Complaint (Random House, 1969) as editor of the New American Review; and novelist and professor Richard Stern, who famously advised Roth to mine his personal stories of growing up in New Jersey for his fiction.

The University of Chicago “was the right place for me to go to,” Roth told an interviewer in 2011. “I enjoyed it. I developed a real affection for the place, the neighborhood Hyde Park, and the University.” What he learned there, he said in 1983, was “how to talk back to all those great books.”

Protean and prolific, he talked back for some 50 years in more than two dozen books that earned him nearly every literary prize of note, save the Nobel Prize for Literature—an omission much discussed during his life and after his death. His bibliography contains its own small canons: the Kepesh novels, the Zuckermans, the Roths. Sex, aging and death, and Jewishness were his most noted themes, but there was little of life in 20th-century America that wasn’t represented in his body of work. (Some of his critics would place women’s experience in that category.)

Trying to take the full measure of that work, the memorials that proliferated in May consistently observed its faithfulness to the concrete world in all its detail and the universality miraculously wrought from those specifics. Selections from some of the appreciations follow.

One might as well come out and say it: The death of Philip Roth marks, in its way, the end of a cultural era as definitively as the death of Pablo Picasso did in 1973. …

His work had more rage, more wit, more lust, more talk, more crosscurrents of thought and emotion, more turning over of the universals of existence (in his case, Jewish-American existence), as if tending meat over a fire, than any writer of his time.

From The Anatomy Lesson (1984) to Nemesis (2010), Ibecame one of the group of readers to whom he sent penultimate book drafts and asked for comments. There’s no point being polite, he said. (He was exasperated by English politeness.) So I would tell him exactly what I thought, and he would listen with beady-eyed attention, pouncing on woolly expressions, defending his work and lightning-quick to pick up anything that might be useful. Drafts would arrive by fax in those days, and when Roth was sending me new versions to read, the faxes would sometimes roll down the stairs. It was one of the most exhilarating tasks I have ever taken on.

It’s ever tempting to think of Roth as a product of his time, to attribute his success to a keen instinct for the turn in sexual mores of the late ’60s; or to see him, with Susan Sontag [AB’51], as the last comer of the New York Intellectuals; or, along with Norman Mailer and John Updike, as the last of the Great Male Narcissists, in David Foster Wallace’s phrase. Roth’s talent bloomed across six decades and has become part of the foundation of an ongoing literature. That he was male, that he was a Jew—in his own mind these were accidents. The essence he sought was American, and its nature was struggle, a struggle first of all, as he wrote in 1961, against a nationwide reality that was day by day threatening to outdo any one writer’s powers.

So come, and let us praise the Nobel committee for its honorific omission, this majestic absence that joins Philip Roth to Mark Twain, James Joyce and Tolstoy: He has something in common with each. With Joyce, the unflinching recklessness of the familiar yet unspoken, going where even daredevils once feared to tread. With Mark Twain, cosmic laughter and a revelatory overturning of moral expectation. With Tolstoy, a biblical descent into baseness, to show how human beings, entangled in sex, death and treachery, really are. And all in a freewheeling American vein: clear, brisk, unpretentious colloquial sentences that, bundled into a crafty paragraph, take on the irresistible blow of a force majeure—while meanwhile, boiling in fiction’s chthonic bowel, a ferocious literary intellect waits and watches.

Forget the Jewishness or anti-Jewishness. Certainly, like all great artists, Mr Roth mined his immediate milieu, but only as a way of directly unearthing the deeper questions of family, society, belief, culture and relationships; of getting at the underlying nature of humanity. Judaism is only his way in, a mighty metaphor for all religions and all peoples. (He used his religion in the manner of, say, Bob Dylan or Leonard Cohen.) But, profoundly, Mr Roth eschewed the literature of victimhood. He refused to be relegated. Instead—like all great artists—his subject was everything he could possibly imagine, summon or otherwise lay his hands on. His subject was the human condition.

I had just been kicked out of Hebrew school, a year ahead of my bar mitzvah, and I felt an immediate intimacy with the novel’s [Portnoy’s Complaint] author, Philip Roth. Though two generations separated us, I felt that he spoke directly to me or, in some mystical, incoherent sense, spoke from somewhere inside my brain. I had read novels that frightened and delighted me, made me laugh, made me question—Roth’s writing did all that, but it also elicited a spookier response. I had never before read a writer who knew me. It was a shock to discover that others felt the same way—including many who were not Jewish teenage boys. …

It’s foolhardy to predict literary fate; all one can do is take a snapshot of the moment. But this fool predicts that several generations from now Roth will be considered the central American novelist of the second half of the twentieth century.