Matchbooks and Menus at the Hyde Park Historical Society offers a glimpse of a Hyde Park that once was.

I made four wrong turns and a phone call before I finally found myself face-to-face with the Hyde Park Historical Society, an unassuming brick building between 55th and 56th on Lake Park Avenue. More railroad depot than classicist in its architecture, it’s an unexpected site that is only open Saturdays and Sundays from 2 to 4 p.m. So this past Saturday, I went to catch its current exhibit, Matchbooks and Menus: Artifacts of Hyde Park's Commercial History, before it closes next weekend. Curated by former Historical Society archivist Stephen Treffman, the exhibit is, like the museum itself, understated but full of fun surprises.

An annotated photo diary of what I saw:

A matchbook from the Quadrangle Club.

A matchbook from I-House.

A matchbook from the Broadview Hotel—now a University dormitory.

A matchbook from Harold’s. 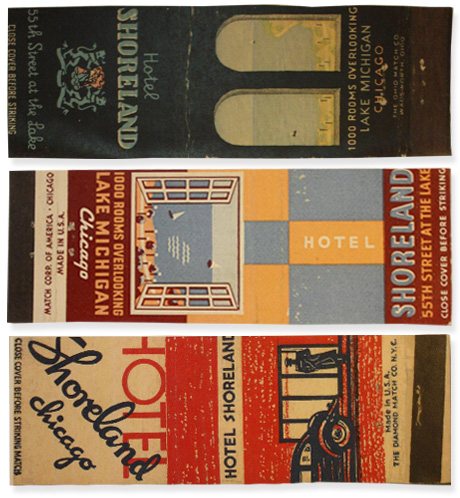 Matchbooks from the Hotel Shoreland. In the 1970s, the University purchased the Shoreland and it was converted into a dormitory. It has since been decommissioned.

A matchbook from the Museum of Science and Industry.

I have vague recollections from my childhood of examining these curious little tokens in hotel rooms during family trips, but it occurred to me as I perused the exhibit that I couldn’t remember the last time I stayed at a hotel or ate at a restaurant that still offered matchbooks to customers. But they were pervasive back in the mid-20th century—even the dormitories, including I-House, Burton-Judson, and Blackstone, once had their own matchbooks. Today this self-advertising tradition lives on, in a way, through house T-shirts. And students still love their vices: this year, my former house—Wendt in South Campus—designed a shot glass along with our annual T-shirt.

Though most of the exhibit was dedicated to matchbooks, there were also old menus from Hyde Park restaurants past and present. A few notables: 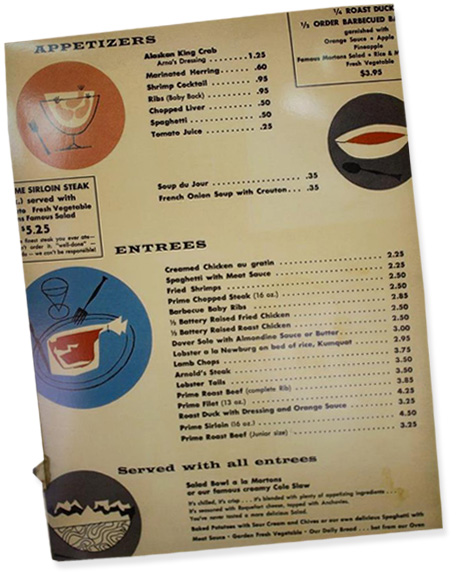 Alaskan king crab for $1.25? Also, chopped liver, a dish featured on many mid-20th century menus in the exhibit (but one that has seemingly lost favor since then). 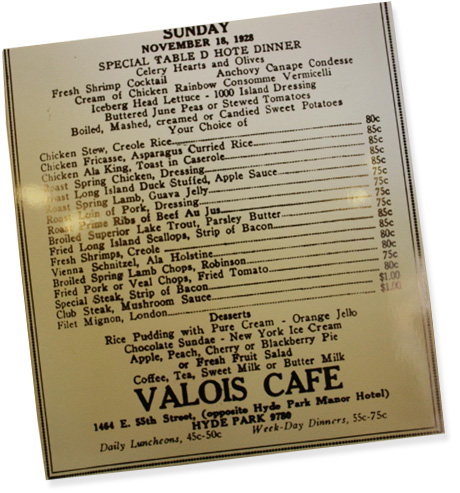 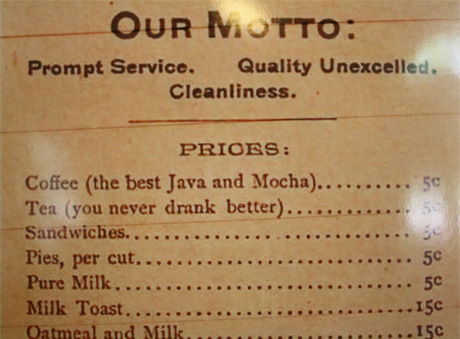 Part of the menu from White & Coleman’s Restaurant on 63rd Street. The U of C student’s dream: coffee for 5 cents. (And tea—“you never drank better”!) 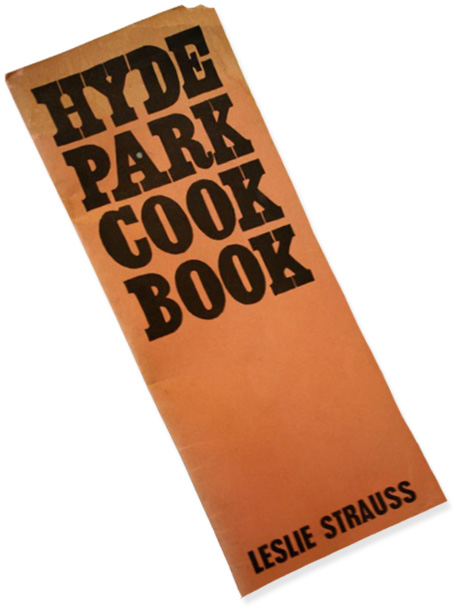 On my way out, I spotted this odd little booklet from 1970 that wasn’t a part of the exhibit.

I opened it up. It offered Hyde Park-specific observations for your standard categories like fish, soup, and desserts, but in a section titled “Spectaculars,” there were recipes for quiche Lorraine, chocolate mousse, and … “Lame Duck or Chem Lab Cocktail by SVNA.” Intrigued, I flipped to the latter’s recipe page, and it contained the following description:

For quantity, use ten pounds of sugar, twenty packages of cherry and grape cool-aid, one quart of Real Lemon, three to five cans of Hawaiian Punch, seven to nine gallons of water, and ¾ to 1 ½ gallons of Reagent-grade ethanol. Mix the things in a large (10 gallon) plastic waste basket. After it has been mixed, add several pounds of dry ice. Not only is the surreal bubbling of the sauce good theater, but the brew is also cooled and carbonated. The stuff is also quite powerfully activated.

Cost: You can afford this only if you can find friends in a chem. lab. If you can, about $6.50 for ten gallons.

Hm ... sounds like just the thing for my next UChicago soiree. Note to self: befriend some chemistry majors.