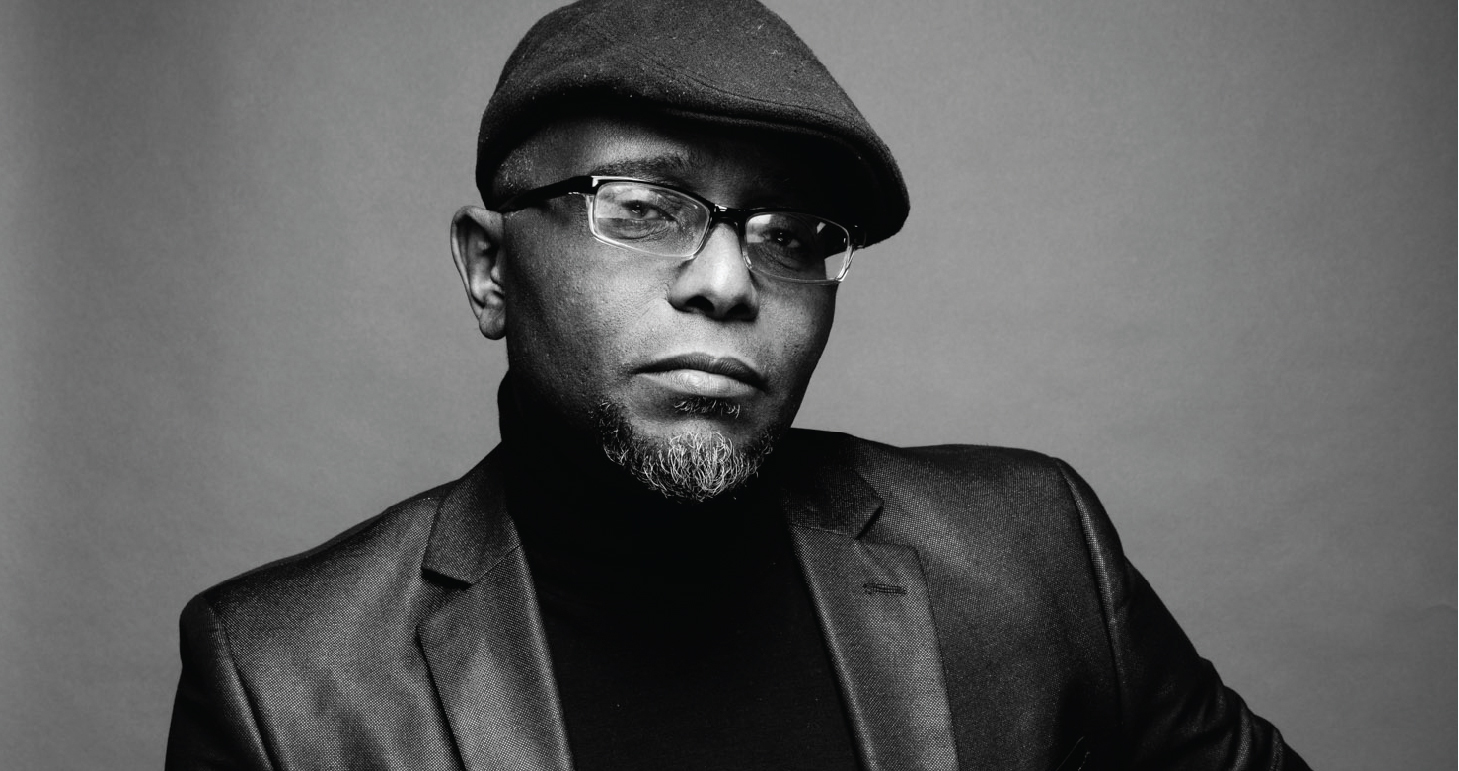 In high school Tyehimba Jess worked at a parking lot overlooking the Detroit River. One of his poems about the city won second prize in an NAACP contest. (Photography by John Midgley)
Tyehimba Jess’s contrapuntal poems

The Pulitzer Prize–winning author of Olio discusses his inspirations.

In 1985 Tyehimba Jess, an undergrad from Detroit, wanted to be a jazz DJ on WHPK. “All the cool cats knew what jazz was,” he says. “The guys who knew about jazz were the hippest people.” But he wasn’t one of those guys. And to get a slot, you had to submit a sample playlist.

So Jess, AB’91, went to Spin-It, a now-defunct record store on 57th Street, and flipped through the jazz section. “Who’s this guy? Charles Mingus, OK. Pick something off the back. The funny thing about jazz records, you really can judge them by the covers.” He turned in his playlist and was immediately given a slot. “They said it was one of the best jazz playlists they’d ever seen.”

Jess had a radio show for 10 years: “One of the best things I ever did,” he says. He worked his way through the station’s 7,000-record jazz collection; later he added blues to his show, as well as interviews with political prisoners and activists. He took almost as long, seven years, to graduate. He changed his major from English to public policy, dropped in and out, and spent hours “in Regenstein in the E185s, black history, just reading all kinds of stuff—old Jets, W. E. B. DuBois letters.”

Jess’s deep knowledge of African American music, history, and culture defines his two collections of poetry, Leadbelly (Verse Press, 2005) and Olio (Wave Books, 2016). A winner of the 2004 National Poetry Series, Leadbelly was named one of the best poetry books of 2005 by Library Journal. Olio won, among other awards, the 2017 Pulitzer Prize for poetry. (The finalists were Collected Poems: 1950–2012 by the late Adrienne Rich and XX by Campbell McGrath, AB’84.) He’s also an associate professor of English at City University of New York’s College of Staten Island.

Jess’s first book, which he worked on while doing an MFA at New York University, focuses on legendary blues musician Huddie William Ledbetter (1888–1949), known as Leadbelly or Lead Belly. The collection is experimental yet accessible, encompassing such forms as contrapuntal poems, prose poems, and erasure poetry (created by erasing words from a found text). “I would like people to understand what is going on in the first reading,” Jess says, “and then to come back and enjoy and discover new things in the poem.”

Jess employs the contrapuntal form—two columns of text, printed next to each other, that can be read either down or across—to tell the story of Leadbelly’s fractious relationship with folklorist John Lomax. Lomax met and recorded Leadbelly when he was in Angola Prison; later they signed a contract giving Lomax two-thirds of the profits from Leadbelly’s performances. In “lomax v. leadbelly in new york: letters to home, 1934,” for example, Jess juxtaposes an excerpt from one of Lomax’s actual letters (he comes off rather badly) with an imagined version of the story from Leadbelly’s perspective.

Jess’s next poetry collection, Olio, took eight years to complete. The book reaches even earlier into African American musical history, to the era before recorded music. Jess writes about such forgotten figures as “Blind” Tom Wiggins (1849–1908), an autistic piano player who remained in slave-like conditions, “managed” by his former masters, throughout his life, and Millie and Christine McKoy (1851–1912), conjoined twins who sang duets. Running throughout the book is a series of invented interviews with acquaintances of ragtime composer Scott Joplin, whose syncopated rhythms provided inspiration for Jess’s poems.

Described on Literary Hub as a “magnum opus,” the 235-page collection begins with a definition of olio: a hodgepodge; a miscellaneous literary or musical collection; the second part of a minstrel show, which featured a variety of acts and evolved into vaudeville.

As in Leadbelly, Jess includes heartbreaking examples of found text from his exhaustive historical research: The names of African American churches and the dates they were burned. Pages of titles of “coon songs”—ragtime songs that mocked “coons,” a slur for African Americans. A table of reasons given for black lynchings, including “Acting suspiciously,” “Quarreling,” “Living with white woman,” “Voting for wrong party,” and “Unpopularity.”

There’s a broad range of literary forms in Olio—prose, found text, and what Jess calls “syncopated sonnets”—but he returns again and again to contrapuntal poetry. “The idea was to stretch contrapuntal to the absolute limits that I knew how to stretch it,” he told Lit Hub. At the end of the book he gives instructions for how to tear certain poems out of the book and fold them, roll them, or twist them into a Möbius strip: “One’s words flow into the other’s and back again, and on and on like an ever-bending act, a joke that never (ever?) never ends.”

Jess, a former slam poet, writes his poems by hand. Starting this semester, he plans to require his students—who often write poems on their phones—to do the same. “There’s a value in it, about feeling the poem organically come out of your body in that way,” he says.

He hasn’t started a new project yet: “I have some ideas. I’m in the exploratory phase.” It’s not easy to begin. Sometimes writing poetry feels like “throwing myself down a flight of concrete stairs,” he says, “getting up and being unbruised.”

This story was originally published in the Fall/17 print edition as “Side by Side.”