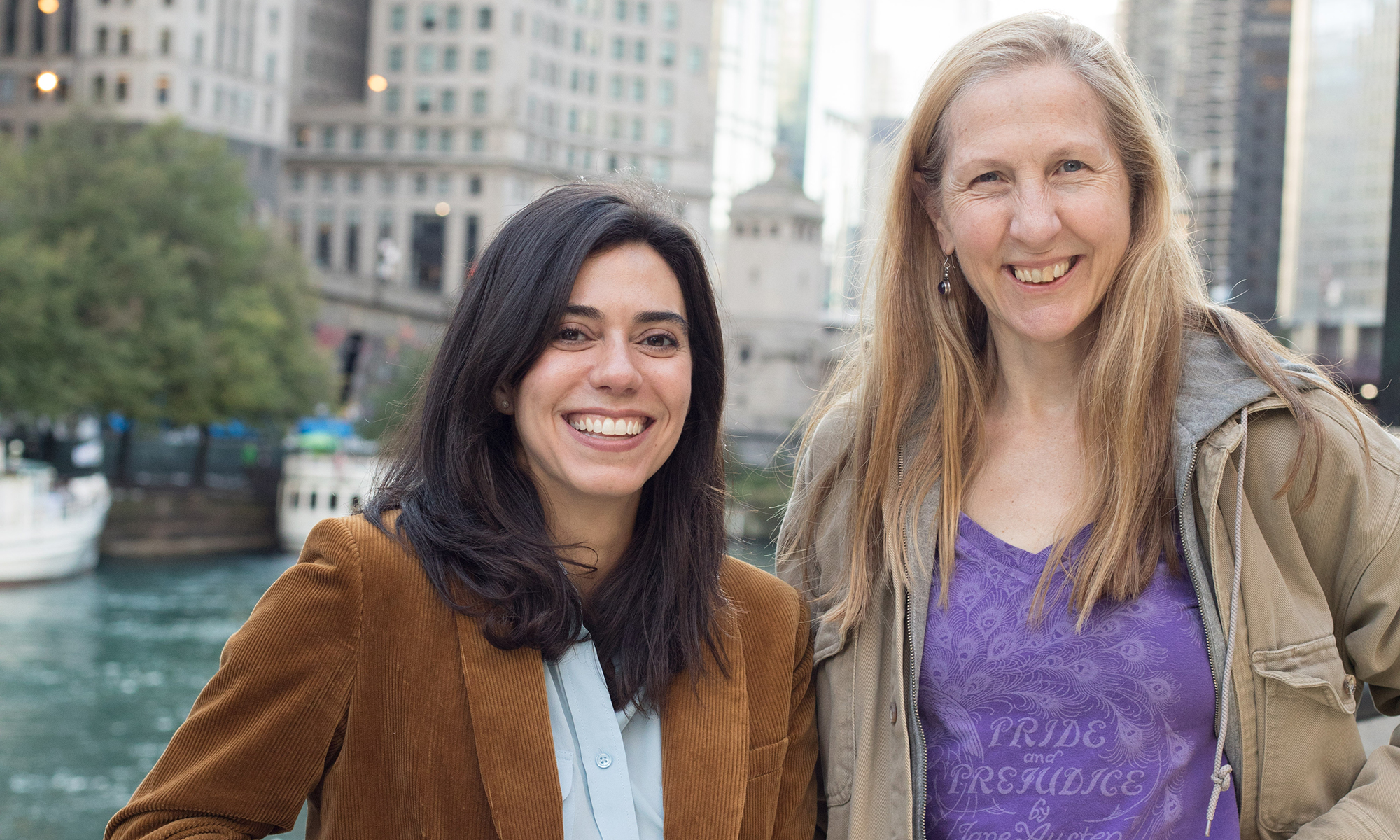 What does Bonnie Jo Campbell think of her reviews?

The best-selling author gets a chance to review her critics.

“Everybody’s a reviewer,” best-selling author Bonnie Jo Campbell, AB’84, said when I asked if she would share her thoughts on some of the reviews she’s received over the years.

Campbell was in town for the 2019 Chicago International Film Festival, where Once Upon a River, by Haroula Rose, AB’02, MAT’02, was playing. The film is an adaptation of Campbell’s 2011 novel of the same name. The three of us chatted at the Andersonville bookstore Women and Children First before a promotional event for the film.

Golus: OK, here we go. From Entertainment Weekly: “Bonnie Jo Campbell might well be called the Bard of Michigan — if only ‘bard’ didn’t sound so stuffy and ‘Michigan’ didn’t sound so nondescript.”

Campbell: Since when is Michigan nondescript? Have they ever met Michigan?

But I’m flattered by that, I have to say. I’ll take all the good things, but I’ll just notice that it had to come with a little dig.

Golus: From the Cleveland Plain Dealer, about Once Upon a River: “The crackerjack Bonnie Jo Campbell creates a hypnotic novel so lovingly intimate with firearms that the National Rifle Association should rush to enshrine it.”

Campbell: You know what, I loved this review. I wrote a book that the conservative element should love. Margo doesn’t get the abortion, she doesn’t have public education, and she loves guns. But do they embrace it? No. Not a single conservative person embraced it.

Campbell: That’s Jane Smiley [the reviewer]. I loved that review. Unfortunately, people don’t see that it can be OK to end up in a place that’s not—

Rose: Perfect, or idyllic, or—

Campbell: But it is idyllic in its own way. A lot of people would be happier if at the end of this movie she won the lottery. People are so uncomfortable with other visions of paradise. In my opinion, she starts out in paradise, paradise is destroyed, and she has to find a new paradise.

Golus: From Flavorwire, this headline: “10 Decidedly Highbrow But Still Beach-Appropriate Summer Reads.” Would you say your book is “beach-appropriate”?

Campbell: Well the thing is, it came out as a summer book. I was a little slow getting it out. Or maybe I was fast getting it out—I can’t remember.

They wanted it to be a fall book, because that’s when all the serious books come out, but I loved that it came out in the summer. The reason it works as a beach book is it’s a water book. I was told by the booksellers in northern Michigan that basically, you put a river in a book, we can sell it.

Golus: Richard Stern, professor in English (quoted by Campbell herself in a University of Chicago Magazine interview): “This work epitomizes all that is wrong with fiction-writing today.”

Campbell: I took a creative writing class from him when I was a sophomore or maybe a junior. It was devastating. It was one of those classes where he doesn’t tell you how to write, he just says, Bring your work in and we’ll talk about it in class. Then you read something in class and he tells you it’s bad.

Campbell: Well, yeah. Mine especially. He liked the more masculine kind of work.

My story was terrible, I’m sure. I was a junior, what the hell did I know? But that’s not how you teach writing. What you say is, this doesn’t work for me because of this.

In the end, I wrote exactly what he wanted me to write and he gave me an A. It was exactly like one of those stories that he liked. It was a moody, angsty story about a girl sitting there watching a guy shave and having thoughts.

Read about the transition from page to screen in “The Making and Remaking of Once Upon a River.”