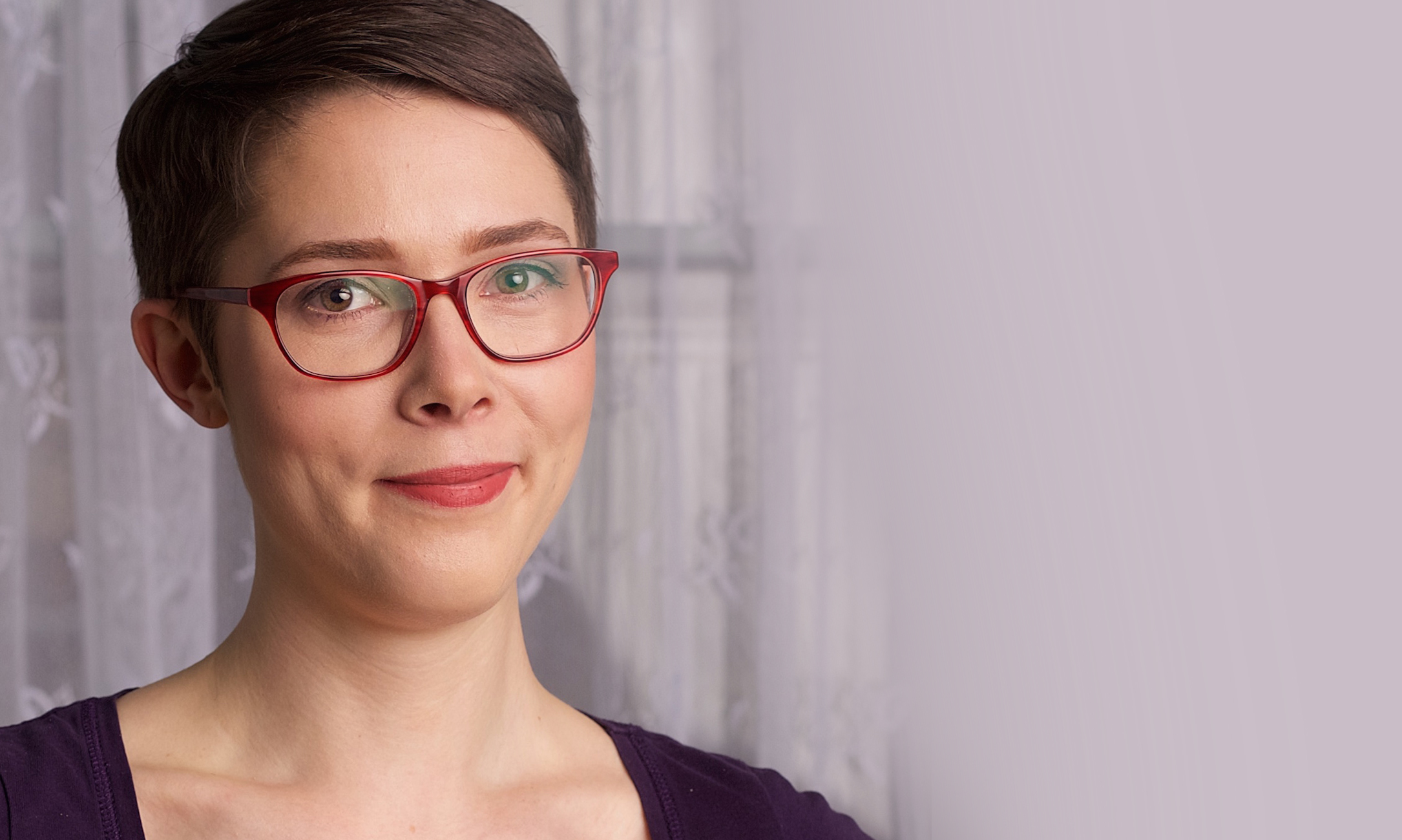 The first novel from Blair Thornburgh, AB’12, is a quirky look at the intersection of fame and high school.

Her best friend is driving her crazy, her dad is building a yurt in the backyard, and her not-quite-first kiss is singing about her on the radio: Nattie McCullough’s life is delightfully, consistently chaotic in Who’s That Girl, the first young adult novel by Blair Thornburgh, AB’12.

Although the book came out in July, Thornburgh has been involved in publishing for four years as an editor at Philadelphia-based Quirk Books. She’s already hard at work on another young adult novel to be published by HarperTeen, as well as a children’s book about the importance of skulls for Simon & Schuster. In the future, Thornburgh hopes to use her background in medieval studies to write historical fiction, although she anticipates it will take “a lot more research” and “a fricking Fulbright” to accomplish.

This interview has been condensed and edited.

What inspired you to write Who’s That Girl?

I remember in high school reading an interview with the lead singer of the All American Rejects, and he was like, “Yeah, our first album was basically just all about my high school girlfriend.”

I thought that was so funny, because you don't think about the fact that a 20-year-old who comes out with a pop album is probably going to have written it based on a lot of stuff that happened in high school and that those are real people. That had been brewing in my mind for a while, and then I thought, what's the worst person this could happen to? A dorky high school student.

In the novel, Nattie is passionate about studying Latin and French. Why did you decide to give her such an interest in academics?

I always tell people, “This book has much more Latin poetry than you would expect!” The whole point of this very ham-fisted Catullus insertion every few chapters is that writing poems about mysterious women is a long-standing tradition.

I also don't like in YA books when the kids avoid doing their homework. There's just never scenes of it. I understand that with narrative economy, you can't show everything, but this was a thing that was a huge part of my life, being a huge geek preparing to go to UChicago, so I wanted that to be part of it.

I think that fits in with the rest of the book, where she talks to her parents and doesn't really hate them, and has all the aspects of teenage life without too much drama. I think sometimes that makes a better foundation for comedic effects.

How did you approach writing for young adults?

I still think I'm a teenager, but I'm not, I'm a decade out. I have to really keep in mind that the kids I'm writing for are different. I mean, friends and emotions and all that are kind of the same, but their world? No one had a smartphone in the first draft of this book, so I had to go back and fix that. I was like, well, if you're writing a book about a 17-year-old who's stalking a band, Instagram is all she's gonna do, that’s where she would find them. I had to weave that in as I revised.

In all children’s books, you are writing for readers that you will not keep forever. They may be a lifelong fan, but their target spot is only a couple years, and given that it takes anywhere from two to five years to get a novel from first draft to publication, it can be challenging.

Why did you decide to major in medieval studies?

As a kid, I read a book called Catherine, Called Birdy. It's medieval historical fiction, a diary of a 13-year-old girl in 14th century England. It's playful and it's fun. It made me want to be a writer, but also be a medievalist.

I loved being attached to a small department. I still keep in touch with my professors and other students, perhaps because we all have these very obscure interests. But that's the UChicago thing: everyone can talk about something intensely that you've never heard of for like 10 minutes.

It was such a good education, and even though it doesn't really play into what I do as a writer and as an editor, it's education for education's sake, which is not a thing that a lot of people care about nowadays.

What advice do you have for UChicago students and alumni interested in writing romance or young adult fiction?

You need to write a lot. I wrote novels from first year onward. I did National Novel Writing Month, and I wrote when I studied abroad, even. Just finish stuff. It won't necessarily be very good, but you never know.

The sooner you can get the discipline of finishing a book, the better. It's just like running races, not that I run them: once you know what it feels like to run 10 miles, then you're mentally prepared to do it again. It's all conditioning.

Updated 9.12.2017 to correct the publisher of Thornburgh's next young adult novel.