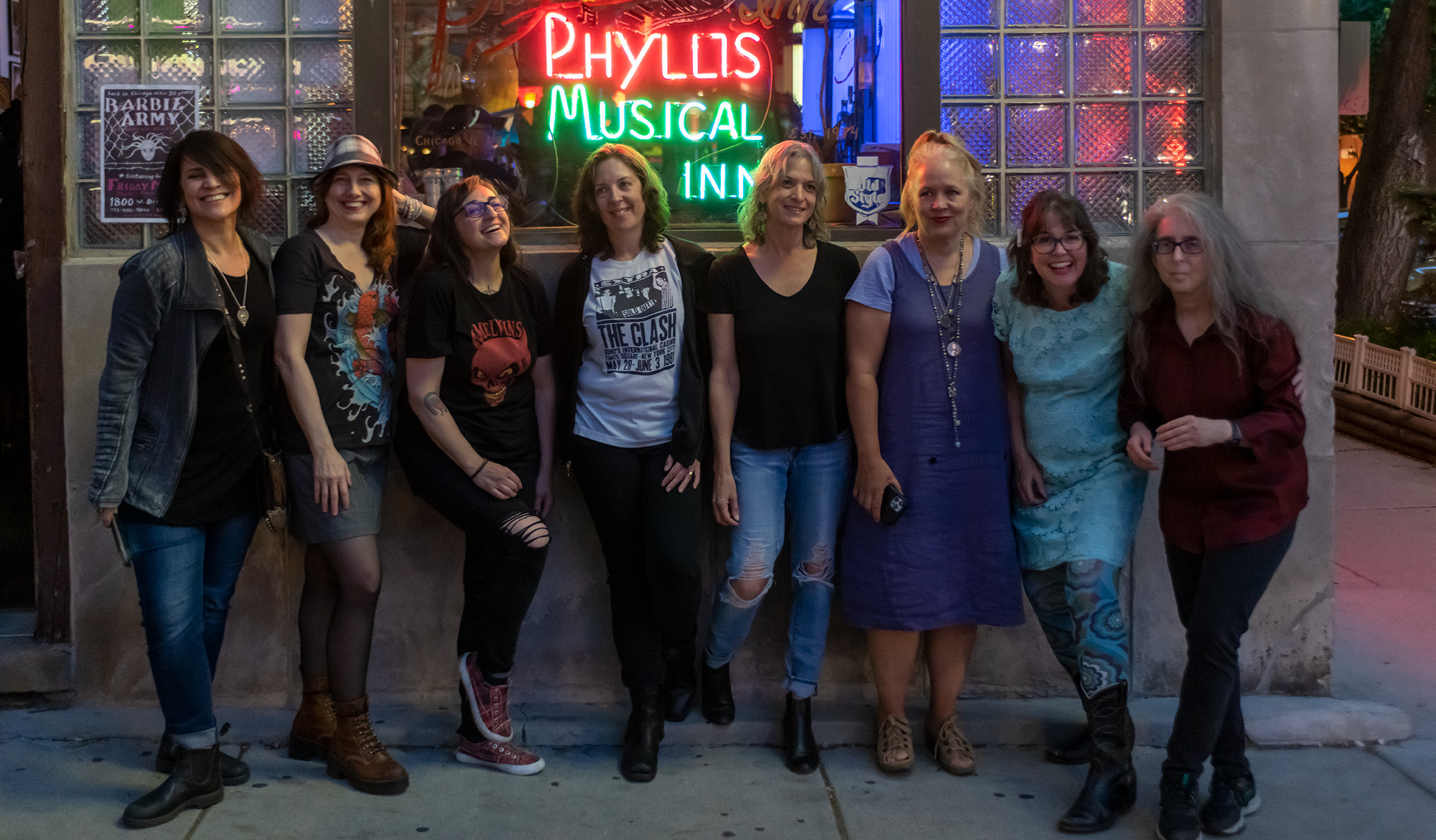 Getting the Army back together

Barbie Army, which broke up in 1991, releases a retrospective album.

You—an alum of a certain vintage—saw the flyers stapled to billboards in Hutch Court, in front of Cobb, along 57th Street, mixed in with stickers blaring U.S. out of El Salvador and Impeach Bonzo. They advertised concerts at the Blue Gargoyle or Delta Upsilon. The band names became familiar even if you never caught a show. Fang Beach. The Farmers. The Blue Notes. The Rhythm Method.

There was also Barbie Army, founded by Mary Dean, AB’87, and Jean Lyons Lotus, AB’88. After playing music together in high school in Fort Collins, Colorado, they both entered the College in 1982. “It was literally the only place I applied,” says Dean. “Then Jean finds out … and it turns out her dad [Daniel Lyons, AM’62, PhD’67] went there.”

Lyons Lotus and Dean fell right into Hyde Park’s music scene, playing in a short-lived cover band called the Sugar Pops and in other configurations and hanging out with the musicians who came through for the Folk Festival each February. Dean was also known to burst into song on the quads. Years later, during an alumni book club meeting, someone asked her if she had once jumped up on a table during Homecoming to belt out “Gloria.” (“The Patti Smith version,” Lyons Lotus specifies for her friend, confirming the legend.)

Barbie Army formed in 1986 when Lyons Lotus returned to the College after two years away, part of which she spent in London. She’d noticed a skinhead group there called the Barmy Army and thought, “Wouldn’t it be funny if there’s this all-girl band called the Barbie Army?” After recruiting a bassist and a drummer, guitarist/singers Lyons Lotus and Dean were soon entertaining Hyde Parkers with a mix of punk aggression and (sometimes) sweet vocals described as “Tammy Wynette fronting for the Runaways.”

Like several other Hyde Park bands, the Barbies played around the city, at the Metro, Batteries Not Included, Exit, and the Avalon, the last especially easy to get to for UChicago students since it was steps from the Belmont “L” stop. They even played a show in Beloit, Wisconsin, at a frat house, where Lyons Lotus wondered why the lights would go off whenever she sang. Later she learned her microphone hadn’t been grounded, “so it was me, like, blacking out” whenever she leaned into the mic.

By the late ’80s, Lyons Lotus says, the band was playing a “ton of gigs.” But since they were “mostly paid in alcohol,” Dean adds, she soon realized, “I can’t live this lifestyle.” So Dean followed her politics to Guatemala and El Salvador, to support people resisting the repressive governments in those countries. She continued her involvement after returning to the States, helping refugees from Central America and hosting movement organizers. Lyons Lotus soldiered on through lineup changes (including stints by Tanya Mushinsky, AB’90, and Alaina Lemon, AM’88, PhD’96) that could put Spinal Tap to shame, but she herself called it a day in 1991.

In the three decades since, both have raised families, Lyons Lotus as a journalist in Oak Park, Dean in Boston working in computers and construction. But in the last few years, both have migrated back to Fort Collins—“I lured her here,” says Dean—where they have started playing together again at gatherings of family and friends. At the same time, old Barbie Army songs, once available only on DIY cassettes, started popping up on YouTube, courtesy of an anonymous punk archivist. These caught the ear of folks at Berlin-based No Plan records, which recently released Barbies Don’t Bleed: Retrospective 1986–1990.

To celebrate their 12" vinyl debut, on May 20—the Friday of Alumni Weekend—Lyons Lotus and Dean returned to the stage with several other Barbies at old haunt Phyllis’s Musical Inn. “The show was great,” says Lyons Lotus, who was excited to once again see “lots of U of C people” make the trek north “to party with us.”