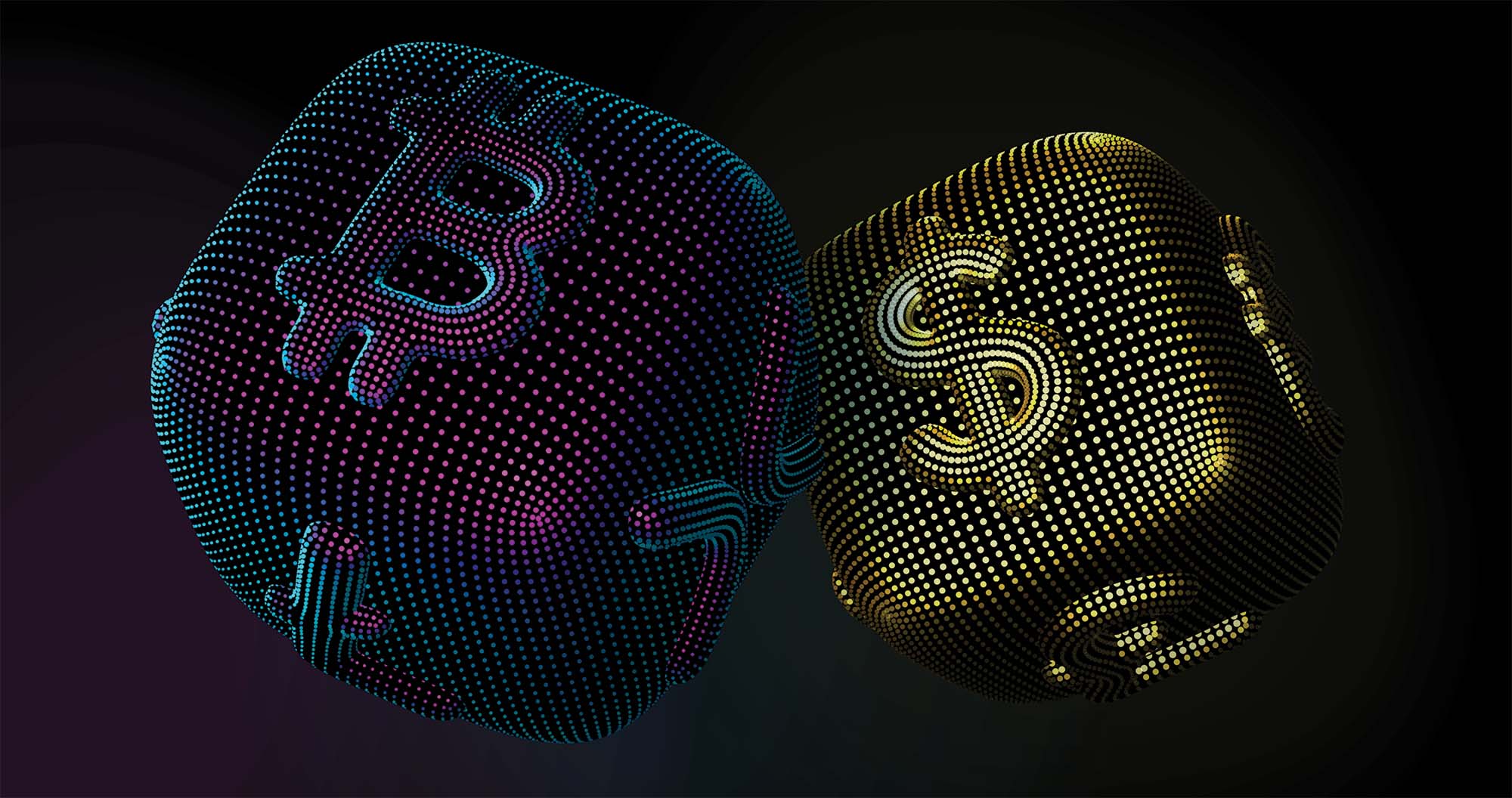 Will the United States let cryptocurrencies such as Bitcoin dominate? Or will it follow the lead of other countries by issuing its own digital currency? For Eswar Prasad, PhD’92, the benefits of a digital dollar outweigh the costs. (iStock/maxkabakov)

By
Author
Mary Abowd
|
The University of Chicago Magazine
—
Winter/22

If you like the feel of a crisp $20 bill or the jingle of some change in your pocket, Eswar Prasad, PhD’92, has a bit of bad news. “Cash is on its way out,” he writes in his new book, The Future of Money: How the Digital Revolution Is Transforming Currencies and Finance (Harvard University Press, 2021). The way we pay for things is undergoing a transformation, and soon taps on a smartphone or swipes of a card will permanently replace money that literally changes hands.

The end of cash has been years in the making. Most of us are already accustomed to banking from our laptops or paying the babysitter via Venmo. The COVID-19 pandemic, with its emphasis on contactless payment, further accelerated the shift. And now, it seems, our physical wallets are about to go in a drawer.

The disappearance of cash reflects a larger digital revolution that’s transforming finance on a global scale, writes Prasad, a professor of trade policy at Cornell University and a senior fellow at the Brookings Institution. He points to the emergence of the cryptocurrency Bitcoin during the global financial crisis of 2009 as a key event. With its decentralized blockchain technology, Bitcoin introduced a radical new way to carry out financial transactions without the intervention of intermediaries such as governments and banks. The private virtual currency appeared at the very same moment when trust in these existing institutions hit a low point.

Bitcoin fit in with “the zeitgeist of the time,” Prasad says, but its huge swings in value have made it a poor medium of exchange. It nonetheless still dominates the cryptocurrency space—roughly a $2 trillion market in early 2022—and has sparked numerous imitators like Dogecoin and Ethereum. Where this will lead is an open question as giants like Facebook and Amazon issue their own cryptocurrencies. Backed by their enormous financial reserves, these alternatives to Bitcoin could one day compete with traditional currencies, posing a challenge to governments’ monetary sovereignty.

In a bid to stay relevant, many governments are experimenting with the creation of their own government-backed digital currencies. Like Bitcoin and its cousins, these currencies exist in electronic form, but unlike crypto they are issued and backed by the state. In early January, the Chinese government released pilot versions of a digital yuan wallet app, a move that builds upon the already widespread use of the digital payment platforms Alipay and WeChat Pay. (Prasad saw this one coming. He recalls a 2019 trip to Beijing where his Chinese friends looked on “with befuddlement” as he counted out his paper money. “I felt like I was literally the only person trying to use yuan notes for anything,” he says.)

Similar movement is afoot in Sweden and Japan, whose central banks are experimenting with digital versions of their national currencies. The Bank of England and the European Central Bank are preparing trials with the pound and the euro. Prasad predicts that these emerging central bank digital currencies will initially exist alongside physical money, then broaden in circulation as cash eventually disappears.

The digitization of money has upsides such as security and convenience, Prasad says, and the United States, which trails behind in establishing its own digital currency, should get with the program. A digital dollar, he argues, would thwart illegal activities like drug dealing that thrive on anonymous cash transactions. It would eliminate cash-based “off the books” payments, increasing tax revenues. And a national digital currency holds out hope for greater financial inclusion. Prasad envisions “unbanked” individuals and families (constituting 5 percent of US households) and low-income households accessing a digital payment system and a portal for basic banking services that would provide a fee-free, non-interest-bearing account with the Federal Reserve, linked to a smartphone app. (This vision was precisely the impetus for the Bahamas, which rolled out the world’s first central bank digital currency in October 2020.)

While digitization offers tremendous possibility, it also comes with potential pitfalls, such as vulnerability to hacking and lack of privacy. “There is a real risk that if we don’t have guardrails in place we’ll tip over into a somewhat more dystopian society where governments and major corporations become much more intrusive into our economic and financial lives,” Prasad says.

And as cash goes away something inevitably will be lost. Physical currency comes through in a pinch when the electricity goes out. During natural disasters like Hurricane Katrina, for example, cash became the only viable medium of exchange. Human bonds may suffer too. “I still try to tip my Uber drivers and coffee baristas in cash because I think it creates a personal connection,” Prasad says.

The biggest hurdle he sees in digitization is the loss of anonymity in financial transactions. “Everything digital ultimately is going to leave a trace,” Prasad says. “One might argue that there are ways to protect privacy, but the reality is that once we move to digital payments, everything will be traceable. So, whether we want to live in a world where I couldn’t buy you a cup of coffee without either a private payment provider or a government agency knowing about it—these are questions that I think we really will need to deal with.”