Survivor host Jeff Probst (right) presents Bledsoe with an individual immunity necklace after he outwitted, outplayed, and outlasted the other competitors during an immunity challenge; Bledsoe on Cagayan. (CBS/Monty Brinton)
Finals week

Spencer Bledsoe, ’14, brings his Survivor experience back to UChicago. 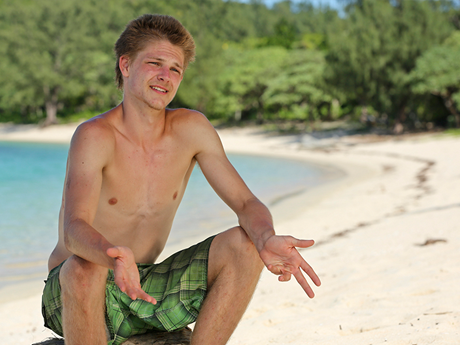 This week, the final four players on CBS’s Survivor: Cagayan throw down in a two-hour season finale, and one “castaway” will remain standing atop a metaphorical mountain of cash—$1 million dollars to be exact. The 28th season, set on a northern Philippine island, began with three tribes: brains, brawn, and beauty. Economics student Spencer Bledsoe, ’14, who was part of the brains team and is now one of the final four remaining players, talks Cagayan strategy, UChicago style.

Survivor skills that would benefit a College student

Where on campus would the brains, brawn, and beauty tribes feel at home?