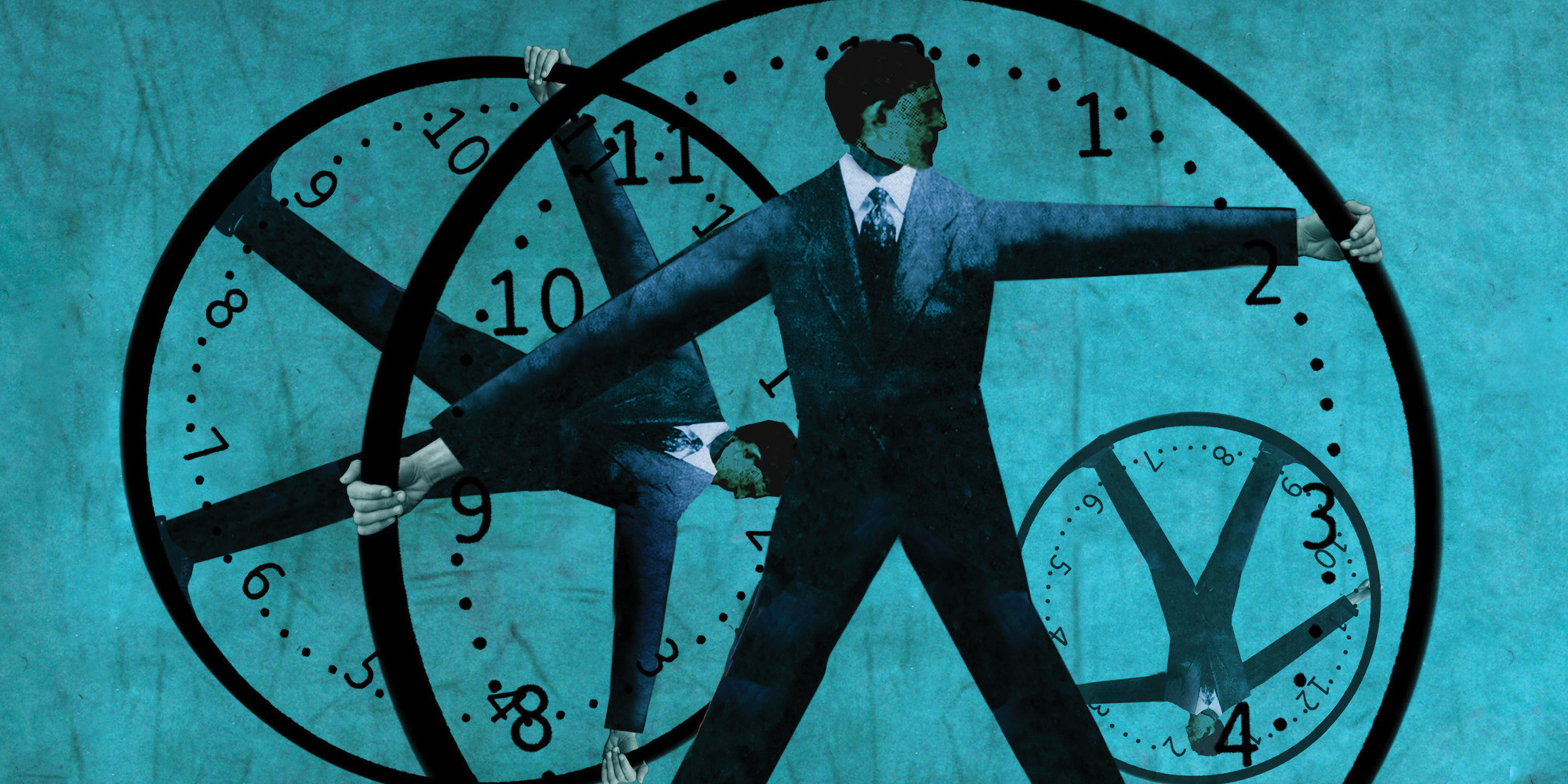 “Unstable work schedules make it difficult for employees to do their job well and to plan their life outside of work,” Susan Lambert says. (Illustration by Michael Morgenstern/theispot)

A study from the School of Social Service Administration points the way toward better lives for hourly workers—and a stronger corporate bottom line.

It should be an easy question: What are you doing tomorrow?

If you’re an hourly worker in a field such as food service, health care, or retail, answering gets tricky. Standard scheduling practices in those industries can mean shifts changing on a weekly basis, little advance notice of when you’ll be working, and having almost no say in when or how much you work.

So good luck arranging childcare, attending school, or juggling your other jobs. And with managers incentivized to boost profits by limiting staff hours, your income can vary wildly from week to week, adding household budgeting to the struggle.

“We can document the carnage of these things,” says Susan Lambert, associate professor at UChicago’s School of Social Service Administration, who has spent 30 years studying the impact of job quality on workers’ lives. “But what do we do about it?”

In 2015 Lambert and colleagues from the University of California Hastings College of the Law and the University of North Carolina’s Kenan-Flagler Business School decided to find out. With input from senior management at Gap, they conducted a trial of several interventions that, Lambert says, “would be feasible for managers to implement and that would make a difference to workers.” The first results from the Stable Scheduling Study, published earlier this year, provide evidence that scheduling instability isn’t just bad for workers—it’s bad for business.

The researchers randomly assigned 28 Gap stores in the San Francisco Bay Area, where Gap is headquartered, and around Chicago to either treatment or control status. At the latter, it was business as usual. (Workers in San Francisco already had more protection than many retail workers, thanks to a city ordinance that requires managers to provide employees their schedules two weeks in advance.)

At the treatment stores, managers were encouraged to put several new practices into effect. As much as possible, employees were to be scheduled consistently—the same days and start and stop times—from week to week. Some managers had the flexibility to give a core group of employees 20 or more hours a week and to add additional staff when it was likely to increase sales. The study team also introduced a mobile app that made it easy to swap shifts, giving employees more say in when they worked.

From November 2015 to August 2016, the researchers gathered data from surveys, interviews, and focus groups with store managers and sales associates, and from transactions within the shift-swapping app. Gap also shared weekly schedules, sales and traffic records in 15-minute increments, and other store metrics.

Once crunched, Lambert says, the numbers showed that they had “moved the needle” on consistency in scheduling. The hard data on consistent schedules, employee input, and other measures didn’t show a huge difference between treatment and control stores in the overall structure of the job or scheduling, but in surveys, employees in the treatment stores felt there was greater consistency and that they had more of a voice in when they worked. What did change—dramatically—were sales. In treatment stores, they went up by 7 percent, a huge number in an industry where 1 or 2 percent increases are hard won.

The researchers have some theories about what happened. One is that, given the opportunity to promise some employees more hours, managers tended to favor their most productive workers. Second, more stable scheduling appeared to increase how long people worked for a store, and that extended tenure made them into better sellers.

Still, Lambert is “surprised that such modest differences could reap such a big result.” And, she adds, “There’s still a lot of instability that could be tamed.”

In retail, it’s widely assumed that unpredictable customer patterns make stable schedules impossible. But the study showed that only a fraction of the variability—30 percent—stems from changes in customer traffic. The rest results from moving in-store promotion dates, changes in shipment sizes, and unexpected senior leadership visits. Managers scramble to cover for such surprises by pulling staff off the floor and into the stockroom, leaving fewer employees to shelve merchandise and help customers.

Lambert can’t say how Gap and other retailers will act on this information. But the report, like Lambert’s previous work, provides “an empirical basis for making policy decisions” around the country—in Seattle, San Francisco, and New York City, where stable scheduling laws are already in action, and in Chicago, where the city council is considering a similar ordinance. “Is two weeks’ advance notice too much for employers to do?” Lambert asks. “Is it too little for employees? Those are the kinds of thing our data help inform.”