A Yank at Eton

Miles Morgan, ABʼ17, AMʼ17, on teaching at one of Englands most famous boarding schools.

Miles Morgan, AB’17, AM’17, spent 2017–18 teaching at Eton College through the Annenberg Fellowship. Eton, a British boarding school founded in 1440 by Henry VI, includes among its alumni (“Old Etonians”) Prince William, Prince Harry, and 19 prime ministers. The fellowship brings a recent graduate from an American university to Eton to teach and coach for a year. Morgan teaches English and drama to “F Block,” roughly equivalent to eighth grade. This interview has been edited and adapted. 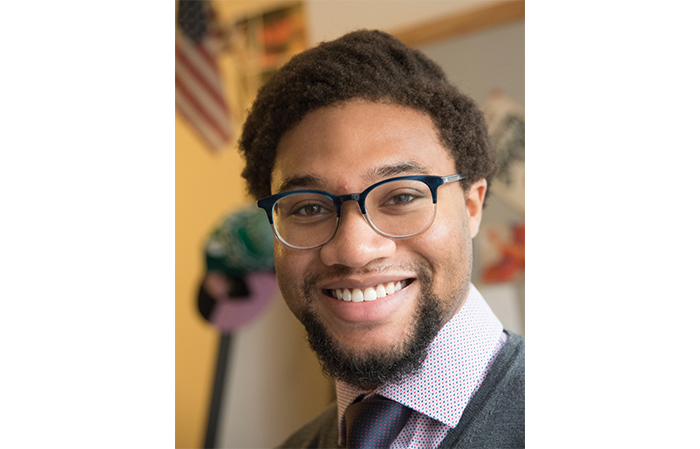 What surprised you the most about Eton?

The boys. I’ve met students from all over the world, among them refugees, a few Americans, and the occasional boy with a title.

Made any cultural faux pas?

During my first lunch, everyone’s plate was taken away except mine. I hadn’t laid my knife and fork down parallel, signaling I was finished. Now when I go home, mine is the only plate that subscribes to that strange ritual.

I love taking trains. Digestive biscuits are a new addition to my lifestyle. I’ve also been charmed by the reliance on the community—you have your butcher, your fishmonger, your baker.

The fellowship requires you to coach sports. How’s that going?

I told my brother I was asked to join the basketball coaching staff here. He reminded me the only person he knows who’s worse at basketball than him is me. I contribute with inspirational quotations.

My best friend came to visit and thought I sounded ridiculous. When I direct plays, I argue with my actors about pronunciation. We were doing A Few Good Men, and the line “a dime bag of oregano” doesn’t have the same rhythm in an English accent.

There’s a quotation from Lin-Manuel Miranda via Robert Rodriguez: “Don’t let them know what your sophomore project is.” I’m interested in sustainable farming. I don’t have a lot of time for my creative practice in this job, so I see more of that on the horizon.

As a teacher, what have you learned?

I often sit in on other classes to learn from people who have been doing this job longer than I’ve been alive. I’ve learned some hard lessons—you don’t win over every student, time management is essential to sanity, the soul must be fed by alternative fulfillments, and sleep is so important.