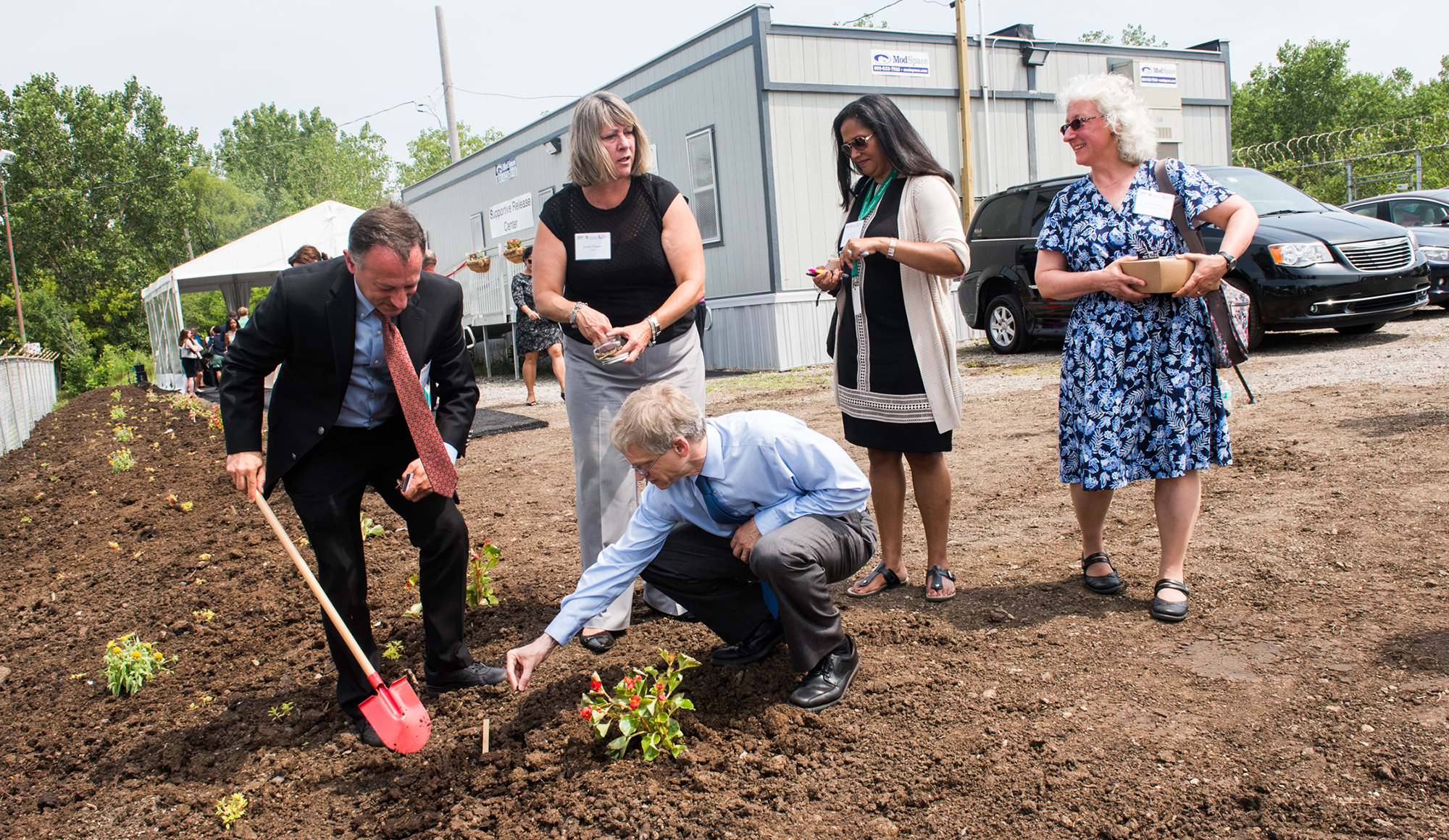 Easing the transition out of Cook County jail

A new program provides a softer landing for former inmates.

Unlike state and federal prisons, where inmate releases might be planned months or years in advance, leaving Cook County jail is an unceremonious affair.

Inmates are turned out of the sprawling eight-block complex at all hours and with little warning. It’s not uncommon for the recently released to walk several miles home from 26th and California.

“People just wander out into the night,” says Harold Pollack, the Helen Ross Professor at the School of Social Service Administration, who studies poverty and public health.

Some, especially those who are homeless and suffer from mental illness, are rearrested soon after release; others overdose, participate in violence, or become the victims of violence within the first few days and weeks of leaving jail.

This state of affairs has long troubled Cook County sheriff Tom Dart. In fact, nearly every aspect of the modern criminal justice system troubles Dart (“my seven-year-old would come up with better ideas,” he says), but the problem of release has been particularly frustrating.

“People come in on things that aren’t even crimes, they sit there for outrageously extended periods of time”—one woman spent more than 200 days in the jail awaiting trial for shoplifting—“and the way it was operating was, we just dump them all into communities and then act puzzled why (a) they’re coming back and (b) why they are causing more harm in that community,” he says.

In his 11 years as sheriff, Dart has come to view jails as “dumping grounds for all the problems of our society that people don’t want to deal with”: substance abuse, poverty, mental illness. Jails, he often points out, have become the largest mental health providers in the state. He estimates that at least a third of the inmates in Cook County jail suffer from mental illness.

Rather than fighting this reality, Dart decided to embrace it. “If that’s what, as a society, we’ve decided to do” about mental illness, he thought, “Well, [Cook County jail] is going to be the best mental health provider.” He’s instituted reforms including a mental health transition center that offers therapy and job training. He appointed a clinical psychologist, Nneka Jones Tapia, as the jail’s warden. As a result of these measures, more inmates began getting some of the treatment they needed.

But too often the progress ended the minute inmates left the front gate. Dart wanted a better pathway out of jail, so in 2015 the sheriff’s office applied for grant funding from the University of Chicago Urban Labs. Two other organizations, Treatment Alternatives for Safe Communities and Heartland Health Outreach, submitted similar proposals.

The three groups ultimately teamed up and suggested a simple but powerful intervention, the Supportive Release Center (SRC), which offers former inmates identified as high risk a safe place to sleep, have a meal, wash clothes, and make phone calls on the night of their release. It also connects people to the services they need to stay out of jail. An on-site nurse and caseworker can order prescription refills, make follow-up appointments at community clinics, and provide referrals to service providers for housing assistance and mental health counseling. On its face, it’s nothing fancy—the facility is housed in a repurposed mobile home just blocks from the jail—but it offers a softer landing to those who need it most.

The SRC ultimately received $1 million in start-up funding from Urban Labs and the Pritzker Foundation. That grant supports a study led by professor of medicine David Meltzer, LAB’82, AM’87, PhD’92, MD’93, and Pollack. The two are codirectors of the UChicago Health Lab, which helps governments and community organizations identify programs and policies that improve health outcomes. Together they’re running a randomized study of the center, tracking factors such as rearrest, homelessness, and hospitalizations among people who were invited to use the center’s services and a control group of those who were not.

Release is “such a critical moment in people’s lives,” says Pollack. “People experience the maximum personal vulnerability at the exact moment that they are passing between administrative systems, and they—if we’re not careful—will slip through our fingers.”

Not everyone needs every service the SRC provides—some only need to make a quick phone call, or to rest for a few hours. But for others, a night off the streets, something to eat, and access to medication may prevent a tragic outcome or another trip to jail. “We want to just make sure that they make a healthy and safe transition to whatever comes next,” Pollack says. And if it works, he hopes other cities will adopt a similar model.

In its first four months, 150 people used the SRC’s services. Three-quarters of them stayed overnight—a telling statistic, in Dart’s mind. “That sort of screams out to you, what would have happened but for this?” he says.

Pollack has a social scientist’s circumspection about declaring the program a success before his study is complete, but Dart is not so reserved. “It’s so logical,” he says. “I’m beyond optimistic. I’m convinced this will succeed, and I’m convinced as we go along our biggest issue will be expansion—it won’t be, do we continue this or not? It will be, how do we ramp this  up even further?”

This story was originally published in the Fall/17 print edition as “Rethinking Release.”