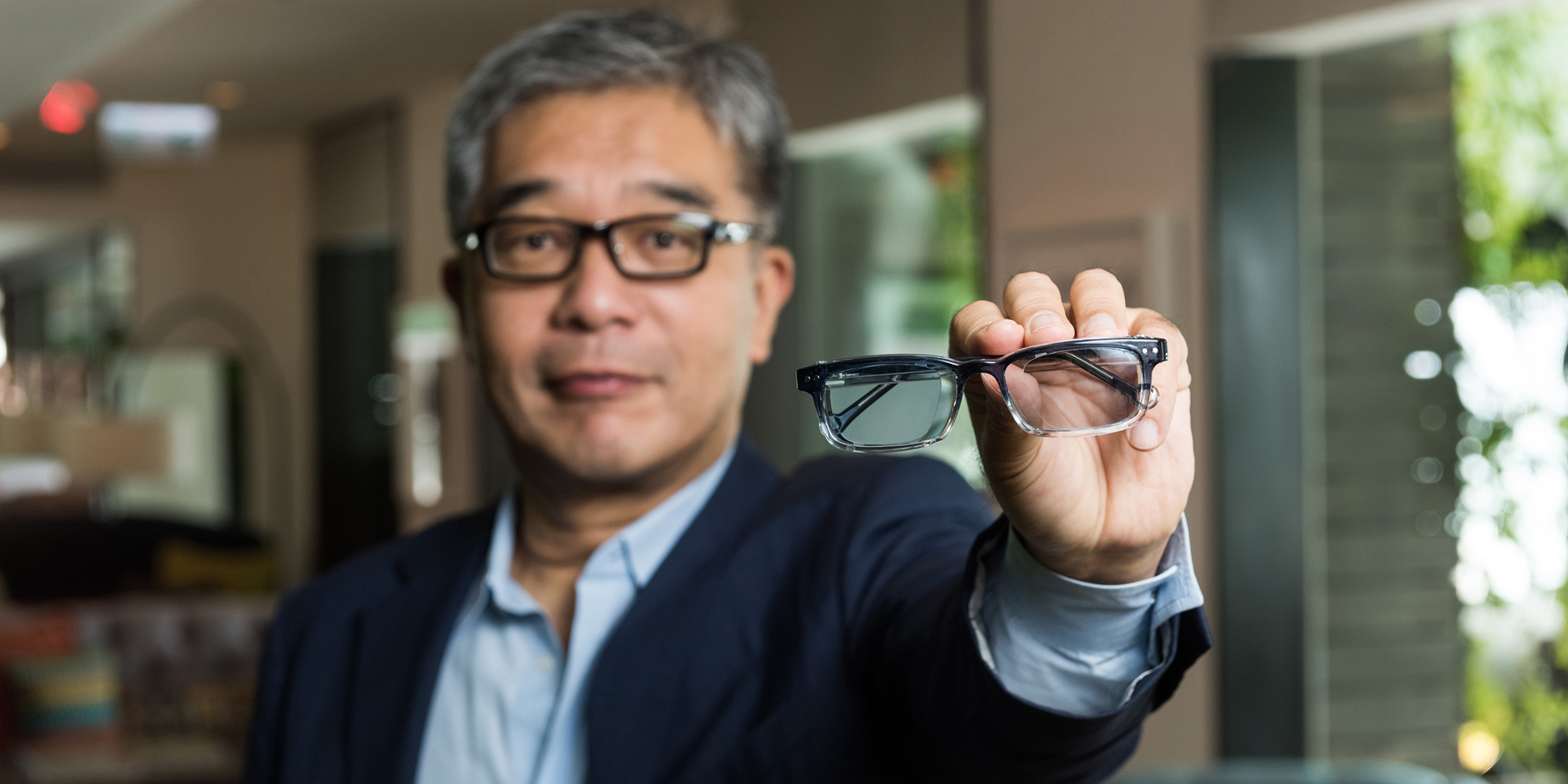 Chen hopes to replicate the success his nonprofit had in bringing affordable vision care to Rwanda. (Photography by Bronney Hui)

James Chen, AB’82, is reenvisioning a centuries-old solution to transform millions of lives.

Corrective lenses date back at least to the 13th century. Yet an estimated 2.5 billion people today need glasses and don’t have them. That number threatens to grow. About 80 percent of people with poor vision live in developing countries, and research predicts myopia alone will affect 4.8 billion, half the world population, by 2050.

Poor vision is “the largest unaddressed disability in the world today,” says Hong Kong philanthropist James Chen, AB’82. He’s spent more than a decade working to understand and fix unaddressed poor vision in the developing world, along with its far-reaching causes and consequences, investing family wealth from the multinational pot and pan business his grandfather built after fleeing China in 1947.

Chen’s mission began 14 years ago, when he met an Oxford professor who had developed a “very intriguing prototype” of an adjustable lens. “Having grown up in Nigeria and spent a large part of my working life in developing Asia, I noticed that very few people [there] had glasses,” says Chen.

While made-to-order glasses remain out of reach for many in the developing world, Chen realized a single pair of specs serving a wide range of needs could provide a more cost-effective option. So, in 2011, Chen founded Vision for a Nation (VFAN), a nonprofit dedicated to providing affordable eye care in developing countries—beginning with Rwanda.

“The idea there was just to say, ‘Let’s just pick a country and attempt to solve this problem ourselves,’” Chen says. If nothing else, he figured, they’d learn more about it. Within five years, VFAN had screened more than 2.5 million pairs of eyes and revolutionized the Rwandan eye care system to make it accessible to the country’s entire population of 12 million. The effort involved close collaboration with the government’s ministry of health.

First and perhaps most obvious: eye care costs money. In the developed world, most of that markup goes toward highly trained doctors, luxury retail space, and fancy brand names. “That’s kind of the dirty secret of the optical industry,” Chen says.

VFAN skips all of that; 90 percent of the lenses they provide are simple reading glasses that cost less than one dollar to produce. For people with more complex needs, VFAN offers adjustable-lens models that cost around three dollars.

But getting the glasses into the hands of the people who need them can be tricky, particularly in rural areas of the developing world.

In addition to leveraging the ministry of health’s existing infrastructure, VFAN streamlined distribution. They stocked reading glasses in a limited selection of strengths that covered nearly all farsighted needs, and provided adjustable lenses to nearsighted patients—narrowing their inventory down to a lean list of five items.

Before any lenses can be provided, however, patients need a diagnosis from a health care professional. Formal training in optometry or ophthalmology takes years, but basic eye screening doesn’t require an advanced degree. To address what Chen calls a “huge bottleneck” in the eye care system, VFAN devised a three-day training program and delivered it to 2,700 Rwandan nurses. (Rwanda now incorporates eye screening as a regular training requirement for nurses.)

Another unexpected obstacle? Demand. Many people don’t realize they have poor vision. “Someone who has never had a pair of corrective glasses may not know how bad his or her eyes really are and what impact it has on their functionality,” says Chen, who discovered his own need for lenses when he failed a driving test as a teenager.

Some people know they need glasses but don’t want them. Chen points to cultural biases, particularly for girls. In some societies, he says, parents worry that glasses might hinder their daughters’ marriage prospects. Awareness remains a widespread challenge and a key part of Chen’s personal mission.

“Sight is the golden thread of human development,” Chen writes in his book, Clearly (Biteback Publishing, 2017), which shares its title with the nonprofit he founded in 2016 to raise awareness about vision care access through social media as well as petitions and other outreach.

This year VFAN launched a pilot program in the Central Region of Ghana that will expand nationwide in 2019. Chen hopes lessons learned in Rwanda will open doors to affordable eye care across the developing world. He’s got a clear vision for the future.