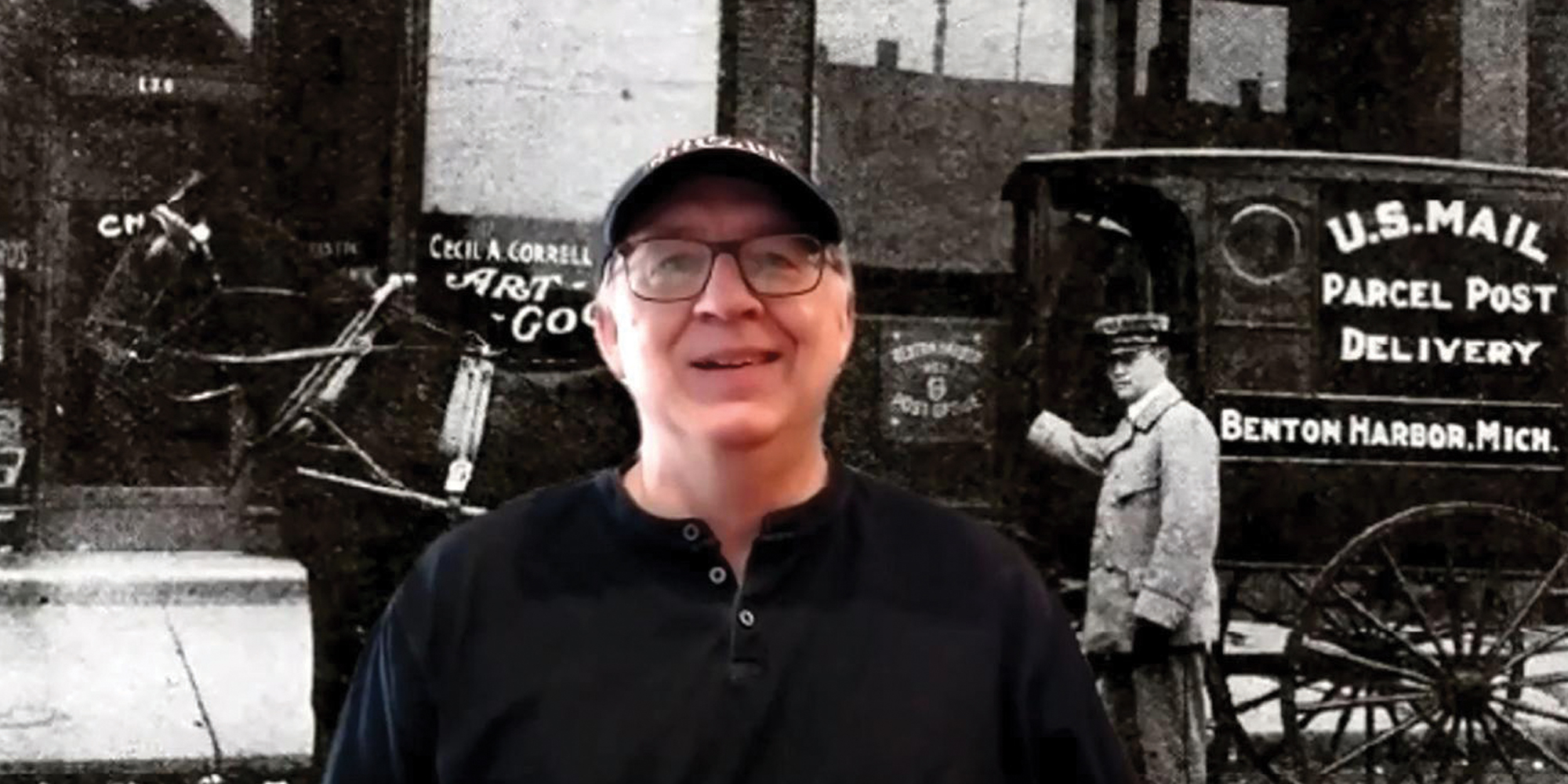 Randy Picker, AB’80, AM’82, JD’85, the James Parker Hall Distinguished Service Professor of Law, has been “playing IT guy” for several of his colleagues as UChicago transitions to remote instruction. He says the first week of classes went “unbelievably well.” (Photo courtesy Randy Picker)

Randy Picker is no stranger to on-camera teaching. In 2015 Picker, AB’80, AM’82, JD’85, the James Parker Hall Distinguished Service Professor of Law, became the first professor at the Law School to teach a massive open online course, or MOOC. It took him about a year to prepare—and 40 hours to film—Internet Giants: The Law and Economics of Media Platforms.

He didn’t have the same luxury of time when the University announced a shift to remote instruction for Spring Quarter, so he threw himself into learning Zoom in preparation for his Network Industries class. In an April 3 interview conducted after the Law School’s first week of classes, Picker told the Magazine how things were going so far. This interview has been edited and condensed.

How did you feel about the first week?

I was so nervous about Monday. I haven’t been that nervous since I started teaching.

We have worked like hell at the Law School in the last two weeks to try to get ready for this. My private goal last week was to do seven Zoom calls. I did 25 to 30. I organized what I was calling a “teaching barhop,” where we would jump from 10-minute call to 10-minute call, and see what it was like to be the host and what it was like to be the student.

The first week has gone unbelievably well. It was fabulous to be with the students. They were engaged. I’m lucky—I only have 32 students and we can have a conversation.

It sounds like a number of colleagues turned to you for advice.

You try to figure out, what’s the least you can learn to run this system, and for lots of people, they don’t need a lot of stuff.

A student was asking a question, and I started to drink out of a Diet Coke can, and I held it while he was asking the question. He thought I had frozen.

That could be the new prank of the Zoom age—pretending to freeze.

How is teaching through Zoom different from a prerecorded MOOC?

This proverbial thing that happens in a physical classroom where you can really see the light bulb go off, that really does happen. You can see someone transform from not understanding to understanding.

Have you used any Zoom backgrounds?

On Wednesday we had “coffee mess,” which is a morning get-together with students and faculty. Last week a few people used some doughnut backgrounds. Those were great. I went with an Eggo background.

Wednesday was also the 44th anniversary of the founding of Apple Computers, and so in class I popped up the original Apple partnership agreement as my Zoom background initially.

I’m very much into the historical part of my course where we talk about the post office. The other day I used a photo of a horse and carriage from the start of parcel post in 1913 as my background at the beginning of class. I’m using those as a fun “let’s get started” kind of thing.

If you were to give a pep talk to a colleague about to start their first online course, what would you say?

Take a breath. We’re all going to make some adjustments, so let’s not sweat the small stuff. We need to deliver a University of Chicago education, and I think we can do that using these technologies. It will not be exactly the same thing as being together, and we should miss that every day, but we can do our jobs here.

Read more about the Universityʼs response to the COVID-19 pandemic in “Together in Spirit.”