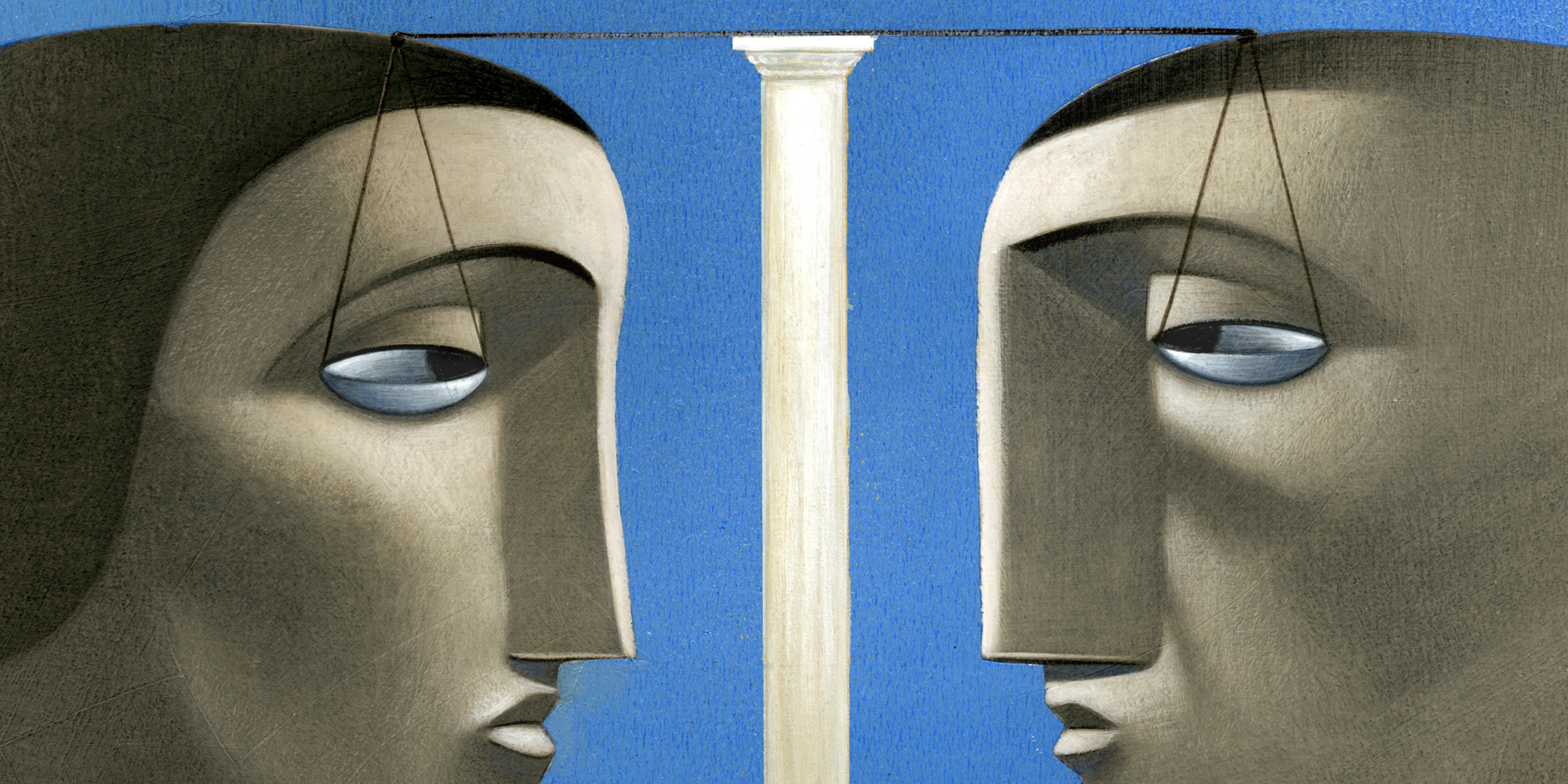 Yoga and meditation lend a new perspective to a judge's work.

In the meditation and yoga classes I’ve taken for the past several years, I’ve learned that mindfulness—an acute awareness of what is happening in the present moment—can improve my life. In yoga mindfulness allows one to unite the body and the mind in the present through a variety of physical poses. But as a municipal court judge in College Station, Texas, I have also seen it work wonders in my courtroom. In retrospect, I was using mindfulness long before I recognized what it was.

I met my first “client” while in law school. At the University of Chicago Law School’s Mandel Legal Aid Clinic in the early 1990s, we were helping citizens avoid losing their housing due to evictions that violated federal civil rights law. I do not remember her name. But I can remember as clearly as if it were yesterday the experience of seeing the law I had studied in class come to life in the basement legal aid clinic. I can still remember the dress and sweater she wore for the interview at the clinic and her children, who accompanied her. She told me her story, her struggles, her work history, and we eventually were able to save her housing by sending a letter to the landlord explaining the situation and the lawsuit we might file should she be evicted.

It wasn’t until many years later that I understood why I still have a clear image of meeting this woman. Even though our discussions were brief and her name is lost to me, I was completely and utterly mindful of that person at that time. Her situation and her struggles were more important in the moment than any other thoughts, concerns, or appointments I had at the time. My focus was on her.

Today I have been a judge in College Station for a little over 15 years. Before that I was a felony prosecutor. In the past five years, just as I began to cultivate mindfulness through meditation and yoga, I have been focused on misdemeanors, an area in need of reform. Too many misdemeanor defendants in jail are there not because they are a risk to the public or refuse to come back to court, but because of their economic circumstances. They either cannot make the bail assessed against them or cannot pay the fines, fees, and other charges that stack up in many cases.

Working on reform takes a global view and requires insights beyond an individual defendant; however, I have learned that individuals tell the story better than statistics. Mindfully focusing on the person in the courtroom allows a judge to gain insights that can then go beyond that one person.

Misdemeanors include disorderly conduct, public intoxication, traffic offenses, theft, and driving with an invalid driver’s license. The last offense is particularly omnipresent as more states suspend people’s licenses for unpaid fees and fines, feeding a cycle that prevents many defendants from closing their cases. Without a license they can’t drive to work, and without working they can’t pay down what they owe. With court costs, fees, driver’s license suspension surcharges, and failure to appear charges, a $200 case can easily become $2,000. And that might as well be $2 million to an indigent defendant.

Richard G. was such a defendant. A year ago he received two violations: speeding and no insurance. I first saw Richard in the jail when he was arrested for failing to appear. When I see defendants in the jail, I always let them out without making them post a bond. I have found if they have a chance to talk to a judge who listens to them and explains the options (including pleading not guilty), they tend to show up to court and cooperate.

I asked Richard, “Why didn’t you come to court?” He told me that he was saving money for the fines and court costs but also that he was afraid of being arrested there. I let him know that our standard practice is never to arrest defendants in our courthouse even if they have active arrest warrants for not appearing or unpaid fines.

Richard was a hard worker. He held two jobs yet was having trouble making ends meet with a child whose special needs incurred hefty medical bills. He could not afford insurance and was on his way to losing his driver’s license. The $200 traffic ticket would in many courts be the beginning of an impossible financial burden. The bottom line was that Richard could not hold his two jobs without driving a car. As a judge, I needed to be mindful of Richard’s individual case.

I told Richard that as long as he came to court he would never be arrested. Even if he could not follow my order, we would listen to and work with him as long as he kept in contact. Richard assured me that he would get insurance. He paid what he could of the speeding fine and performed community service on a Saturday morning. After one month of his cooperating with the court and after he showed proof of insurance, I waived the rest of the fines and fees Richard owed. Cooperation is a two-way street, and I made sure he had a chance to be a law abiding citizen, one who knows now not to be afraid of courts or judges.

Richard G. is one man with one case in one court in Texas. But, like the lady in the Mandel Clinic, one person can represent so much more. How can we put mindfulness in practice throughout the justice system with the positive results I’ve seen in one courtroom? Improvements in the law itself will go a long way quickly, along with training and persuading stakeholders across the criminal justice system.

In Texas, far from a liberal state and with a legislature perhaps more conservative than its citizens, laws granting judges the ability to waive fines, court costs, and fees in cases where alternative punishments are an undue burden have given us a way to release defendants from impossible financial obstacles. We also have incorporated a long list of alternative sentencing options that work: teen court, where teens make decisions about how much community service their peers should perform; drug rehabilitation programs; high school degree training; first offender, victim impact, or community living classes; and mentoring or tutoring.

In my experience these programs, when properly funded and run, are more effective than jail or fines for most misdemeanors and nonviolent felonies. Our judicial council and chief justice of the Texas Supreme Court Nathan Hecht, working with our state legislature, even managed to get a safe harbor law passed in 2017: now no defendants can be arrested if they come to court, even if they have active warrants outstanding for failing to appear or unpaid fines. What I once discussed with Richard G. is now Texas law.

Most judges’ chief desire is for defendants to avoid future visits to any courtroom, and alternative punishments that rely less on fines and bail have produced positive results.

A mindful focus on individual defendants in the courtroom can allow judges to contribute to large-scale reform. Applying punishments mechanically actually creates criminal justice failures. A focus on the present allows a judge to gain more insight into each defendant and serve the best interests of everyone in his or her court. What I experienced as a law student at the Mandel Legal Clinic now makes sense to me so many years later. Mindfulness works.

Judge Edward Spillane, JD’92, is a member of the National Task Force on Fines, Fees, and Bail Practices and of the Misdemeanor Criminal Justice Project of John Jay College of Criminal Justice.