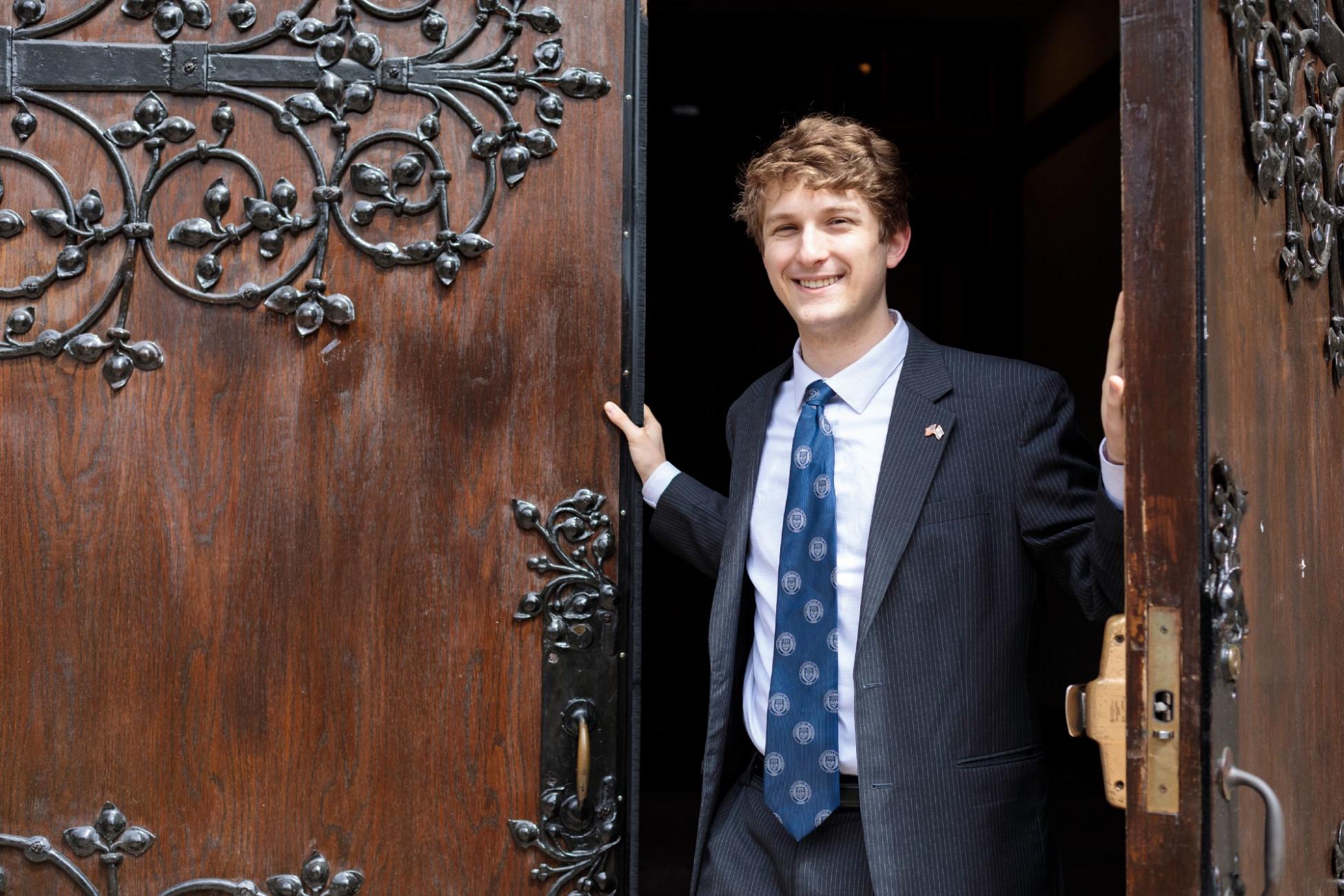 In spring of 2016, Matthew Foldi was elected by Chicago’s Fifth Ward, which includes much of the University campus. Foldi, 19 at the time, might be the youngest elected politician in Chicago history — though some could quibble that as a Republican committeeman, he is a party official rather than the holder of a political office. Foldi is also the president of the College Republicans.

Interview has been edited and adapted.

So what’s a committeeman anyway?

Back in the day, the ward committeeman would take care of newcomers to Chicago, especially immigrants who didn’t speak English. He would give you food, housing, a job, and in return he would get your vote. I don’t do that.

Each ward in Chicago has an alderman and two ward committeemen — one Democrat, one Republican. Ward committeemen used to have a huge amount of power. We definitely have a lot less now.

What can you do?

The key part of the job is to get election judges. The ward committeemen of both parties find election judges of their party. It was a very big honor to help make sure it was a fair election last November.

I had people say on the day of the primary election — so, when I did not have any power — “My polling place ran out of Republican ballots.” Or the polling place would say, “We never got any, so here’s a Democratic ballot.” That’s why you need election oversight.

So each polling place has one Democrat and one Republican election judge?

In Chicago it can be hard to find Republicans. In the last election, there were polling places that had a Democrat and an independent. Sometimes you would have two Democrats, if you just could not get a Republican or independent.

Why did you decide to run for committeeman?

My grandpa was the ward committeeman of this ward for two election cycles before me, and my uncle had been a ward committeeman in Lincoln Park. The chairman of the Chicago GOP called my uncle to say, “Hey, we’ve got a vacancy in the Fifth Ward, do you know of anyone?” He said, “Yeah, my nephew Matthew would be a great fit.” I’d been very involved with the Republican Party back in Maryland.

Once you agreed, how did you get on the ballot?

This is a great ward to be in. I had tons of professors sign my papers. Austan Goolsbee signed for me. Nobel laureates, like Eugene Fama [MBA’63, PhD’64]. The Posners, who are our cousins. John Mearsheimer, Charles Lipson.

How many signatures did you need?

Do you have to be registered to vote in Chicago to sign?

You have to be registered in the ward. The boundaries are bizarre. When people ask me where the ward is, I just show them, because there’s no way to describe it.

What was it like, gathering all of those signatures?

I was knocking on doors from independents to hard Republicans, of which there are way more than you would expect in the Fifth Ward. People would say, I have not had anyone knock on my door ever. Democrats know there’s no reason to knock on their door, and Republicans rarely visit these people.

They were so happy to be visited by someone. They were excited to vote for me. I would have a lot of them say, “Oh my neighbor’s a Democrat, but they’d be happy to sign for a student.”

Did you run unopposed?

I got on the ballot, and then I found out that I was going to have an opponent. Our understanding was, and her actions subsequently indicated, that she was not actually a Republican. We did a signature challenge and she had zero valid signatures. We took this to court and she withdrew from the ballot. So I did ultimately run unopposed.

I did a second round of door knocking to ask people to vote for me. I think I was the absolute last thing on the ballot. Slot 252. The election was during finals week, so I was doing this instead of studying for finals. Politics is about showing up.

How many votes did you get?

We had a party at my grandma’s house, like a study break. She lives on Woodlawn, so it was just a quick walk over from the Reg.

After the primary was over, I emailed one of my professors to ask him about an article I was writing. He said, “By the way, did I vote for you?”

What else does your job involve?

I created a lot of social media pages to keep ward residents up to date with local, city, and state politics. I’ve had people reach out to my Facebook page and say, “My trash wasn’t picked up, can you help me out?” They’ve come to me instead of the alderman. I’ll contact the city and they get it picked up. It’s great.

Do you have an office?

I don’t. I keep thinking of having office hours, like at the Starbucks at 55th and Woodlawn maybe.

I think a lot of people would like to just chat with a reasonable Republican.

That makes sense. I’d be happy to have open therapy sessions.