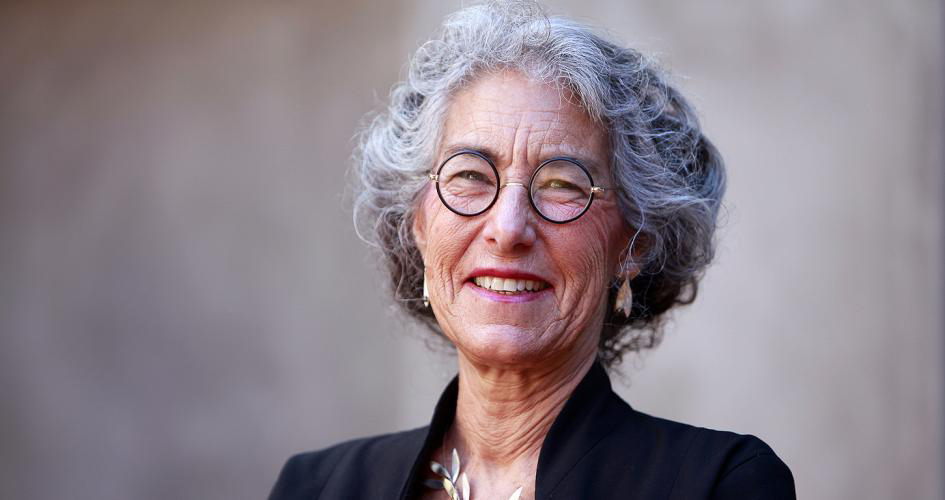 Laurie Zoloth, Dean of the Divinity School and the Margaret E. Burton Professor, on the value of studying religion in a troubled world.

By
Author
Laurie Zoloth
|
The University of Chicago Magazine
—
Fall/17

Let me make the argument that there is perhaps no field of global inquiry so deeply important in our time, and no public question that does not intersect with the question of religion. Interested in climate change, immigration, free speech, or politics? Consider the narratives of Hebrew Scripture, the Upanishads, the New Testament, or the Quran, where the serious challenges of human societies, the yearning for freedom, the prophetic calls for justice were among the first articulated.

The Divinity School at the University of Chicago has long been the place for the most serious scholarship on the issues of theology and religious studies. We are building on our distinguished history and reputation as the leading institution in our field to rigorously and critically explore questions of central importance to every human being, in every field of study and inquiry, at a moment when interdisciplinary public discourse and engaged scholarship are more vital than ever.

This year we are turning outward, toward both our local neighborhood and our global society, with new initiatives and innovative research. The rigor, the integrity, and the excellent scholarship of this school and the serious intentionality of the faculty’s research have earned top rankings for decades. We are a place that pays attention to the existential, moral, and practical claims of religion, rather than bracketing them.

What it means to be a leader in our field is a long-standing and enduring question. Consider a second-century debate, recorded in the Babylonian Talmud, in which the question is raised—a scholar who wants to be regarded as a leader of scholars must be able to answer questions from any text, even obscure ones, “to answer from anywhere.” A scholar must be able to “build the world.”

Who is a scholar and who is a leader?  How are we in the world? How do we build a world? For generations of American scholars of religion, UChicago has been the place that can answer “from everywhere,” both from every obscure canon and from every public location.

It is this excellence that calls us to the work before us. We live at an hour in which that work is urgent. In our country, in our city, we are called to attention in what many have argued is a newly critical time for democracy, civility, and urbanity. What makes it a distinctive time for scholars of religion is that our field—the texts we study, the practices we encounter, the scriptures, the literatures, and the images on which we are focused—speaks in the languages of the current public discourse.

These languages are often inexplicable without understanding the arguments of faith. The ethical and moral dilemmas that surround us as we create the ideas that will shape the future, these too are opaque without the languages of faith traditions. We live in a secular modernity. But we know that the promise of the future (genetics, robotics, genetic technology) and the serious threats to it (violence, injustice, ecological instability) cannot be fully addressed without arguments in the languages of religion.

The Divinity School teaches fluency in these languages. As scholars of religion and theology, we know ideas matter, we know that the words, sentences, and arguments that emerged in and were preserved in these languages should be heard in the public square, in the face-to-face encounters that make being, and then civic life, possible.

We will continue to teach the next generation of complexly trained, dedicated scholarly leaders. For the University, in which we are a professional school and a central carrier of the ideas and values, pellucid and powerful, that are its drivers of excellence, we will be an even greater partner, a site of truthful inquiry. We will do our part to answer the greatest questions of the academy: What does it mean to be human? What does it mean to be free? What must I do about the suffering of the other?

For the good city in which we are privileged to live, amid a plurality of communities and social locations where religion is the site of meaning, we can listen, even more carefully, to what faith might bring, and what service justifies our work. For our country, for all the publics that surround this university, we will insist that the world that is illuminated by intellectual inquiry can have a voice, can speak to our shared future.