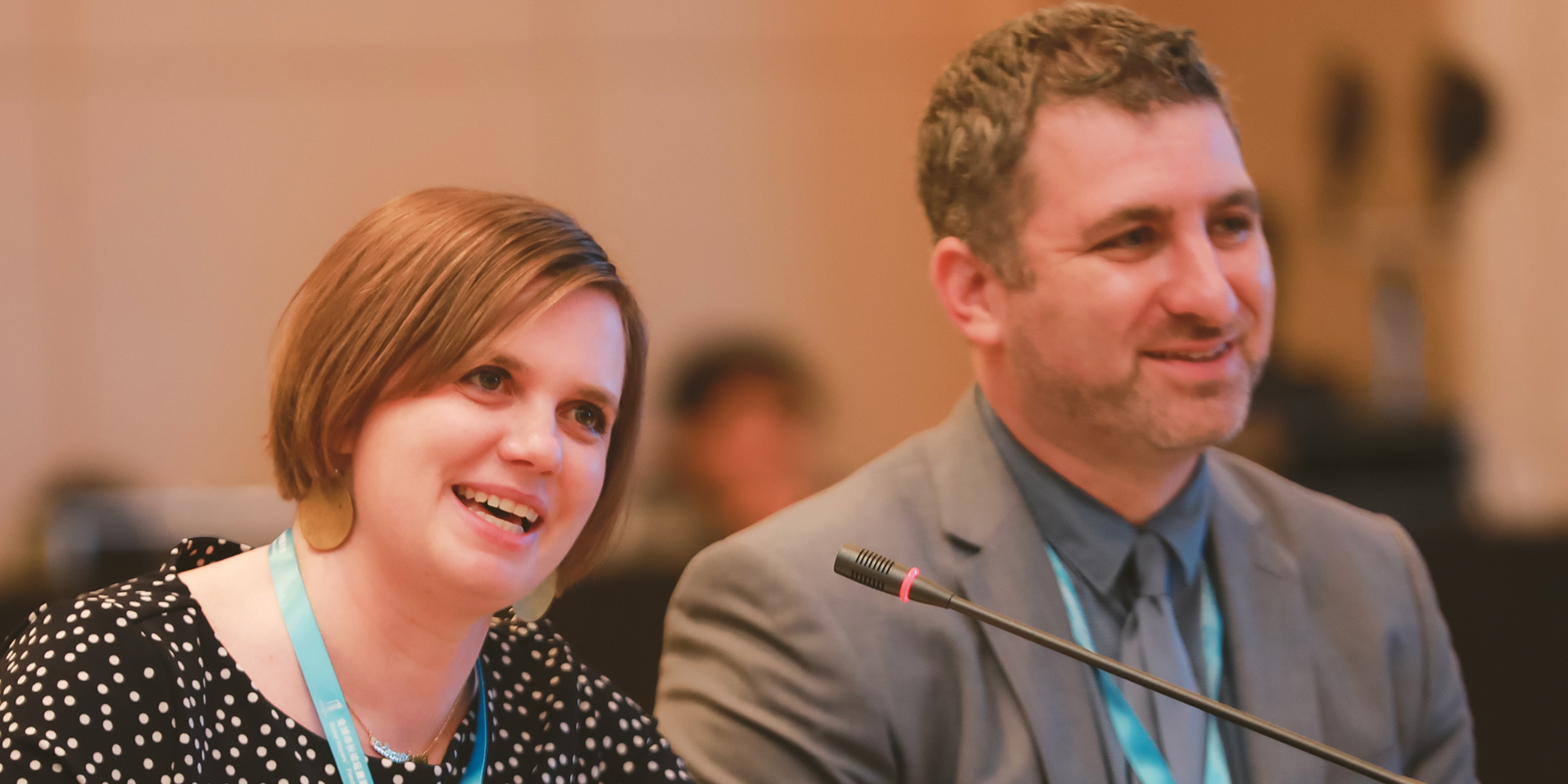 What if cities took the lead?

Ending hunger and poverty. Achieving gender equality worldwide. Tackling climate change on a global scale. These are just a few of the 17 Sustainable Development Goals—also known as the Global Goals—adopted by all United Nations member states in 2015.

Meeting these ambitious targets by 2030 as planned will require action and cooperation, not only from nations, but also from local governments—especially in major cities. The fact that more and more cities are tracking their progress on the Global Goals can be credited in significant part to the work of two College alumni: Alexandra Hiniker, ABʼ02, and Daniel Steinberg, ABʼ00.

Four years ago, when Hiniker and Steinberg were colleagues at the City of New York, they created something new: a Voluntary Local Review (VLR). The idea was inspired by the Voluntary National Reviews that many countries were already submitting to the UN on their sustainability efforts. But a review like this had never been done at the city level.

Launching the project from their respective arms of the cityʼs bureaucracy—the Mayorʼs Office of International Affairs (Hiniker) and the Office of Operations (Steinberg)—took their combined skills and savvy.

“Alex galvanized this effort,” Steinberg says. “The Mayorʼs Office for International Affairs has been around for a while, managing the cityʼs relationship with the UN and diplomats. ... Alex transformed it into a clearinghouse for global policy ideas, and that was a prerequisite for the city taking on something of this magnitude.”

“The city was already doing its own report on sustainability,” Hiniker says. “Why not produce a report for the whole world to learn from? I approached Dan about it first, because he was a mastermind about metrics. We went to our bosses, and they met and agreed to it.”

New York City released its first VLR in 2018. Focusing on the five Global Goals the UN had set as priorities that year—clean water and sanitation, affordable and clean energy, sustainable cities and communities, responsible consumption and production, and life on land—the reportʼs methodology and findings are available for anyone to read. The report explains not only what policies worked but also why.

“The VLR process was immensely valuable for identifying our strengths and relative weaknesses as a city,” Steinberg says. In addition, says Hiniker, “This is meant to be an opportunity for NYC to learn from other cities, not just a way to show off what the city is doing well.”

The idea quickly spread: as of 2020, at least 30 localities had conducted VLRs, including cities such as Los Angeles and Mexico City and regions such as Spainʼs Basque Country and several counties in Kenya.

In contrast, the United States has not committed to a Voluntary National Review. (Last year 47 countries submitted national reviews, with many of the worldʼs most powerful notably absent.) Indeed, one benefit of the local reviews is that they allow cities to step up and coordinate with other global actors, even when their home countries do not. “Now there are more than 200 local governments around the world that have committed to Voluntary Local Review,”Hiniker says. “This is the way the world is communicating using the framework of the Sustainable Development Goals.”

After graduating from the College with a degree in history, Steinberg worked for a New York state senator, then completed a masterʼs in urban planning at Columbia University. He says that “the pandemic has been all consuming” in his current work at the City of New York: “In many ways, weʼre still in response mode.” Although this yearʼs VLR has been delayed, the city is still committed to producing one.

Hiniker, who majored in international studies, completed a masterʼs in Central and Eastern European studies at Jagiellonian University in Poland, then worked for land mine and cluster bomb removal in Laos, Cambodia, and Lebanon. More recently she earned a masterʼs in urban policy from Hunter College.

In early 2020, Hiniker left the City of New York to pursue sustainability initiatives at Carnegie Mellon University in Pittsburgh. Within the year, she had overseen Carnegie Mellonʼs production of the worldʼs first Voluntary University Review and helped Pittsburgh produce its first VLR.