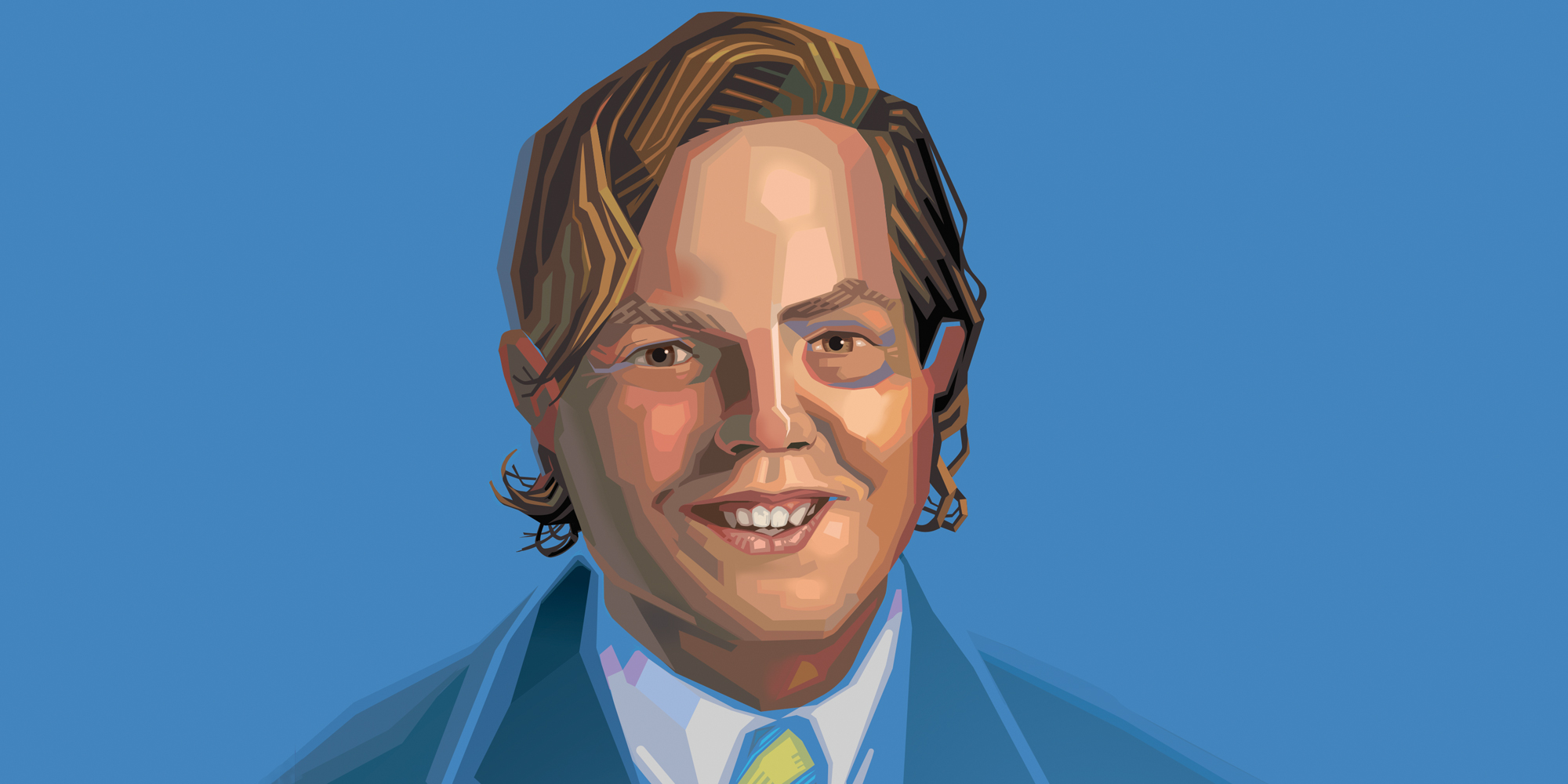 Questions for the College alumnus and Law School professor.

What would you want to be doing if not teaching?

The boring answer, which is probably the true one, is that I would return to being a practicing lawyer, but the fantasy answer is that I would try to find some way of turning my obsessive habit of writing Yelp reviews into a job.

Secession on Trial: The Treason Prosecution of Jefferson Davis by Cynthia Nicoletti. This is a history of the federal government’s attempt to prosecute Jefferson Davis—former president of the Confederacy—for treason after the end of the Civil War.

The trial never happened. Davis threatened to argue that he could not be guilty of treason because the South’s secession was lawful, and therefore he had lost any obligations to the United States. The government feared that a Virginia jury would be sympathetic to this defense, and that an acquittal would destabilize the fragile settlement of the war. Ultimately, this stalemate allowed Davis to run out the clock until he could benefit from a general presidential amnesty.

Along the way, the book tells the personal stories of the defense and government lawyers, recounts the procedural machinations the government considered to get the case away from a Virginia jury, and shows how constitutional law is really made. When I picked this book up to look at it, I had no clue it was going to be the next book I finished, but I couldn’t put it down.

K. J. Parker’s Devices and Desires—the first novel in a devious and extremely satisfying fantasy trilogy about the revenge of an exiled engineer.

Anna Burns’s Milkman, which just won the Man Booker Prize. It is obviously a great achievement of modern art, but its nameless breathlessness was just too much for me.

What book, work, or idea do you relish teaching?

The Constitution of the United States. Almost all of constitutional law is taught in law school through the lens of interpretations—decisions by the Supreme Court or other government institutions. But on the very first day of my class, we read only the Constitution itself, in its entirety. And every year the students find things that are obscured to those who read only interpretations.

In college, I got the sense that I was a little clueless about various social niceties and for some reason decided to solve this problem by reading Miss Manners’ Guide to Excruciatingly Correct Behavior. The results were life changing. Not so much because I learned how to address an ambassador or use an oyster fork, but because Miss Manners actually contains deep principles for human relationships: that sometimes giving less of an explanation is kinder than giving more; that you can be polite without being a pushover; and—most importantly—that the rules of etiquette are separate from any kind of moral approval of the people to whom we are polite. This is what makes society possible in a world of political and moral disagreement.

Reciting “The Love Song of J. Alfred Prufrock” from memory.

When I started law school, several mentors encouraged me to shut down the blog I had started as a UChicago undergrad and keep my opinions to myself—the better to avoid scaring away potential employers. I decided this was terrible advice and spent much of law school publicly free-associating about legal scholarship, Supreme Court opinions, classic movies, and food.

The blog probably did cost me some professional opportunities, but it also helped me connect with jobs, friends, apartments, and even the woman who became my wife. This reflected the much better advice I got from another professor, which was to just do the things you care about and assume that will close and open the doors that are right for you.

The same advice I was lucky enough to get from a first-year professor. Keep a list of every book you read starting now. You’ll treasure it (814 books) later.

Who was your best teacher, and why?

It’s tempting to name one of my favorite professors from college or law school, but it’s too hard to pick just one. One teacher who really stood out was my 10th-grade English teacher, Mr. Edwards. He was new to our school and had a laconic, almost Socratic, way of leading us in class discussions, but he blew my 15-year-old mind: he tested us on the hardest, most vivid, most poetic series of vocabulary words I have ever encountered, and he showed us that discussing literature was a vehicle for discussing deep ideas.