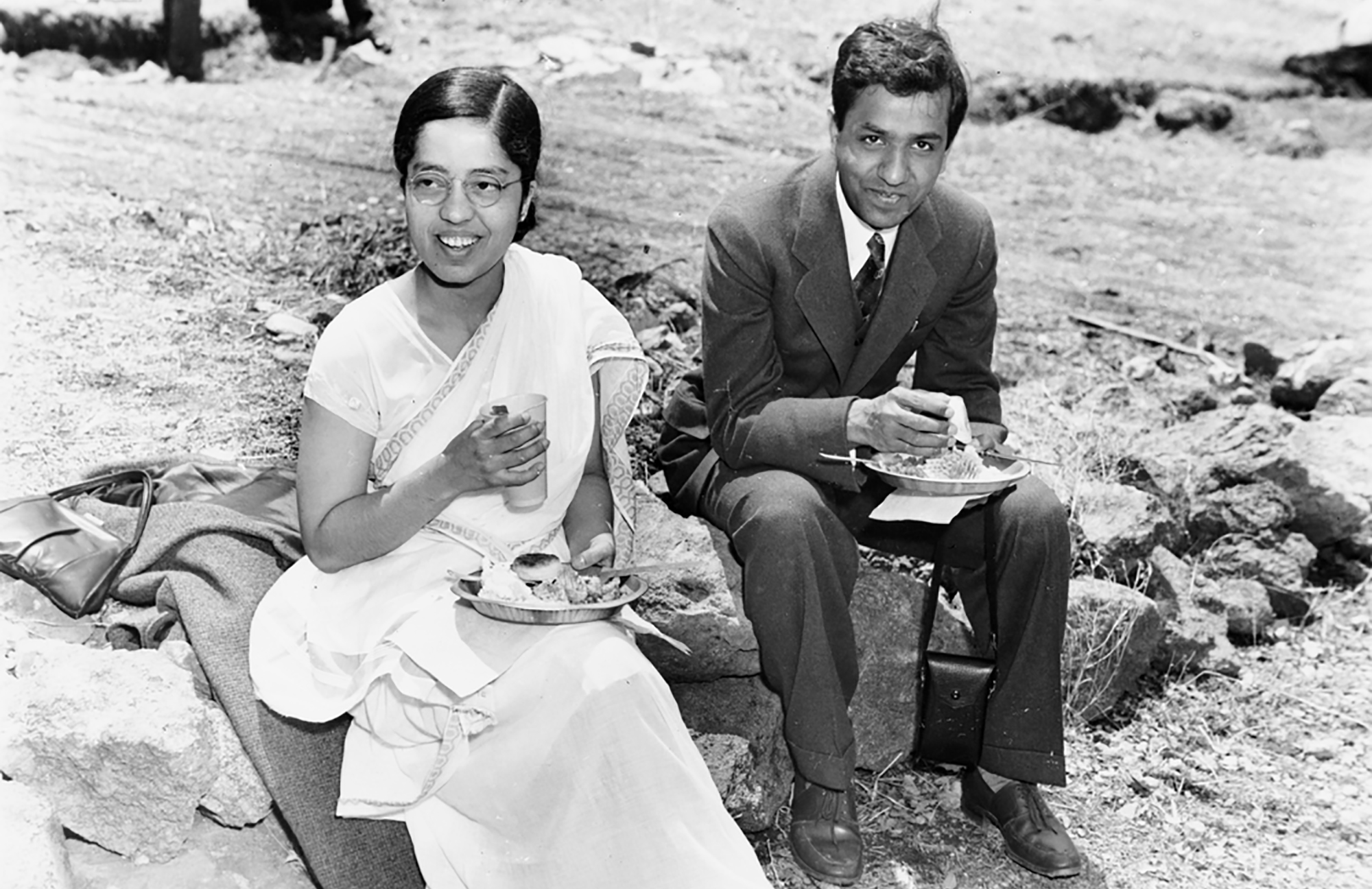 Even Nobel Prize–winning physicists get distracted in class.

In 1930 Subrahmanyan Chandrasekhar, then 19, left his native city of Lahore, India (now Pakistan) and headed for England. As he embarked on postgraduate study at Cambridge University, Chandrasekhar was beginning to develop the theory of star evolution that later earned him the Nobel Prize in Physics.

He had other preoccupations as well. Two years earlier Chandrasekhar had met Lalitha Doraiswamy, a fellow physics student at Presidency College in Madras, India (now Chennai, India). She was on his mind as he jotted notes on a quantum mechanics course at Cambridge, he wrote in a dedication inscribed on the notebook’s front page in 1948. Those notes, along with many of Chandrasekhar’s other personal papers, are now open to researchers at the University of Chicago Library.

The notes are dated September 11, a day that would prove important in Chandrasekhar’s life. Exactly six years later, Lalitha and Subrahmanyan Chandrasekhar were married, and remained so until his death in 1995.