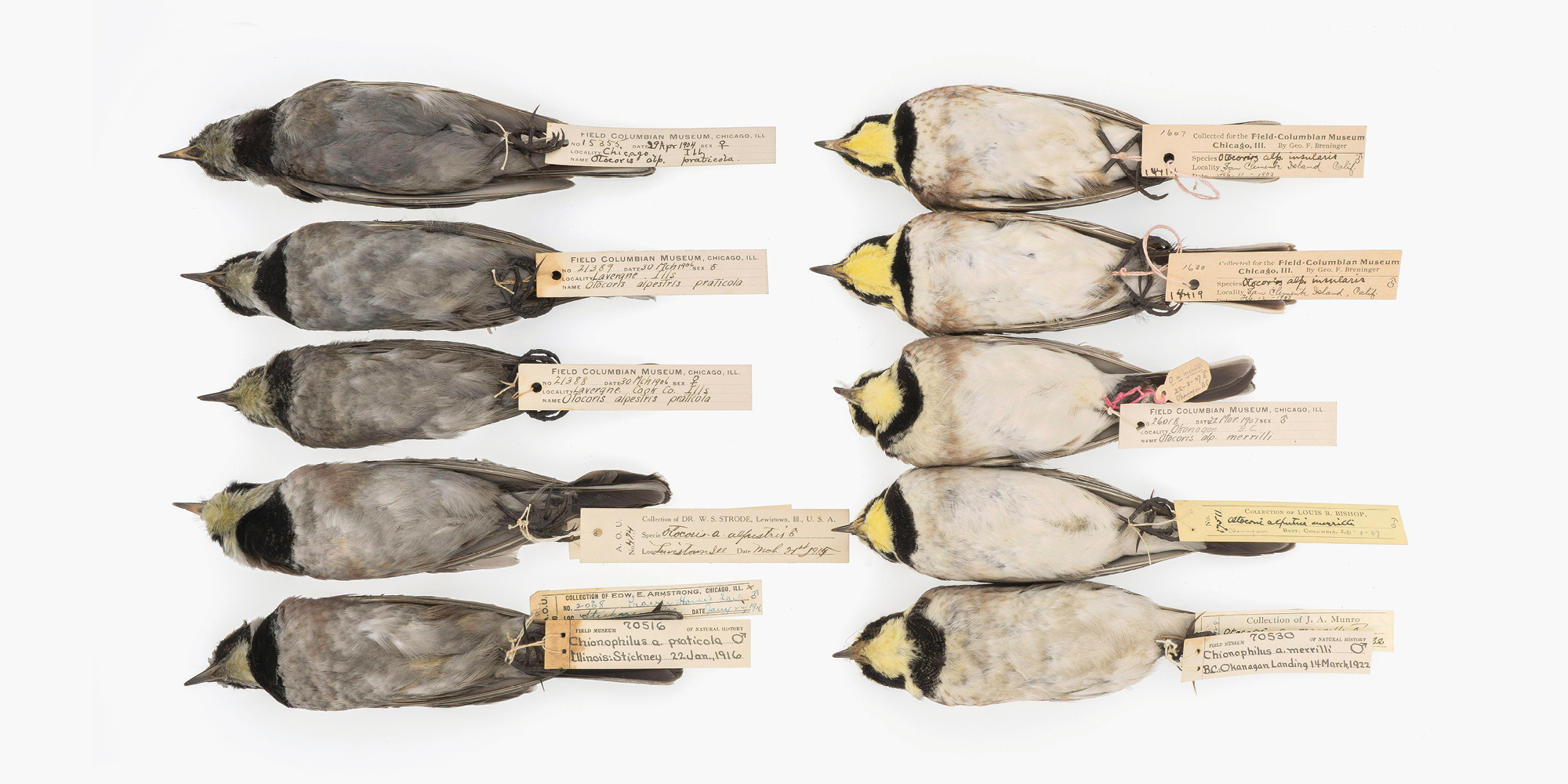 UChicago graduate students use bird specimens to look back at pollution levels in the 19th and 20th centuries.

To live in Chicago in the late 19th century was to contend with smoke, a “universal nuisance,” as an 1880 Tribune article described it, that “reaches into every private dwelling,” rendering residents “grimy, sooty and unclean.”

From accounts like these, historians and scientists have a sense of what air quality in the industrial Midwest was like. But because regular pollution measurements were uncommon until the mid-1950s, they have only been able to guess at how much soot was in the air in any given year.

Enter graduate students Shane DuBay, in the Committee on Evolutionary Biology, and Carl Fuldner, AM’17, in art history, who realized that natural history museums around the Midwest, including the Field Museum, were housing an accidental but highly accurate record of 19th- and 20th- century pollution: bird specimens, carefully tagged with their dates and locations of capture.

Species such as horned larks, shown above, gathered up soot like flying feather dusters, turning their naturally white bellies gray. Because the birds molt annually, DuBay and Fuldner knew the soot captured in their feathers could only be from the previous year.

The pair used photometric reflectance (essentially, how much light reflects off an object when it’s photographed) to measure the relative sootiness of 1,347 bird specimens from over more than a century. This novel technique made it possible to trace how pollution changed year to year in different areas. “The changes in the birds reflect efforts, first at the city level but eventually growing into a national movement, to address the smoke problem,” Fuldner says. “We are actually able to go back and see how effective certain policy approaches were.”

Although the more recent US bird specimens are much cleaner, DuBay says that “doesn’t mean we’re in the clear.” In other countries that still rely on coal for energy, residents live under thick blankets of smog. And in the United States, “we continue to pump less-conspicuous pollutants into our atmosphere—those pollutants just aren’t as visible as soot.”