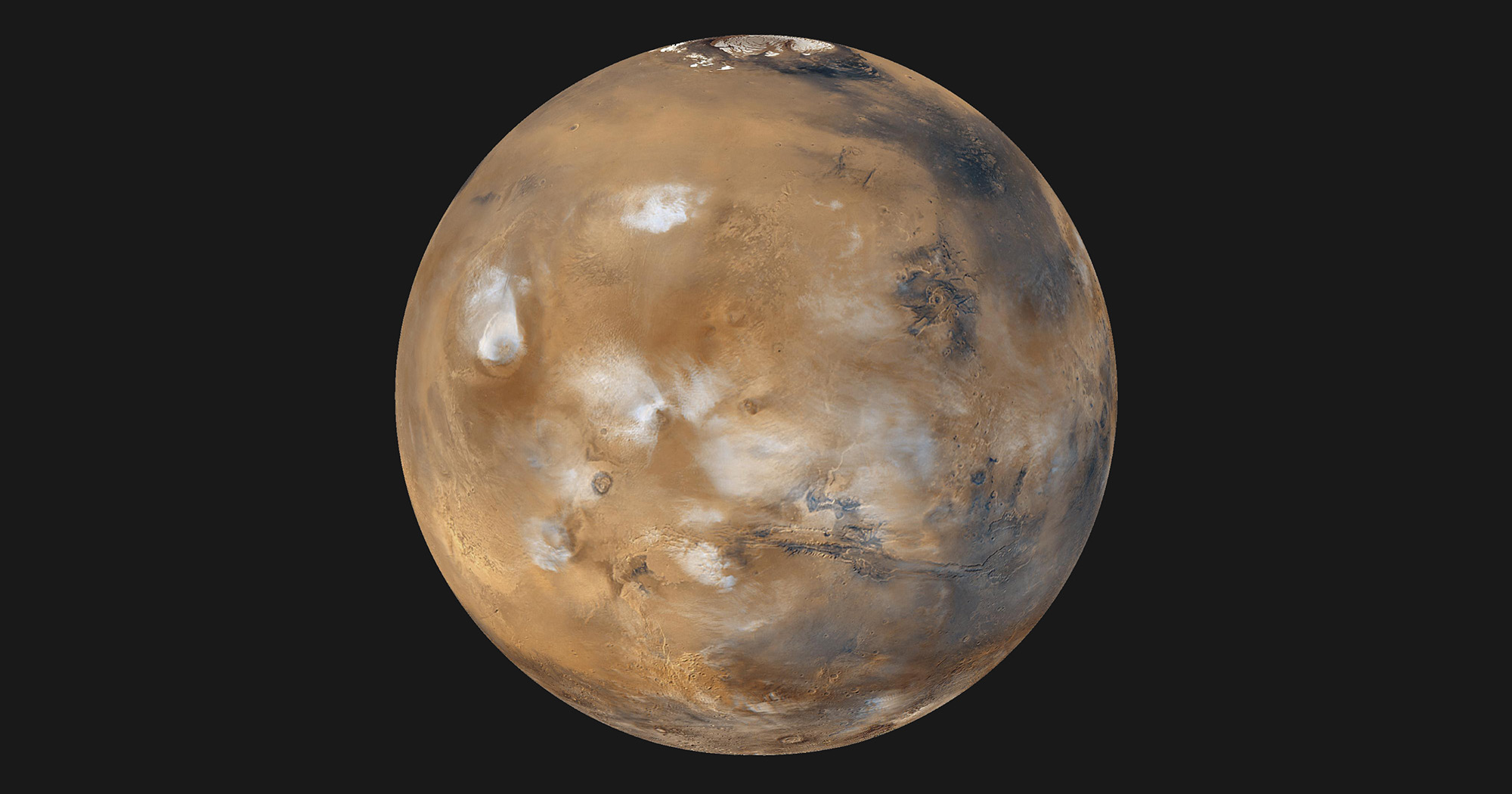 By
Author
Maureen Searcy
|
The University of Chicago Magazine
—
Summer/21

Mars wasn’t always a desert world. There’s photographic evidence that ancient rivers once flowed there, which is exciting because there could have been life on Mars. But it doesn’t make sense; back then, Mars received too little sunlight—surface water should have been frozen. High-altitude icy clouds could produce enough greenhouse-effect warmth to liquefy water, but the model works only if clouds linger in the atmosphere far longer than they normally would. In the April Proceedings of the National Academy of Sciences, planetary scientist Edwin Kite pinpoints the problem: previous Martian cloud modeling was built on Earth-based assumptions. Our abundant water moves quickly between the ocean, atmosphere, and land, but Mars had far less water. In Kite’s model, adjusted for Mars’s environment, once water reached the atmosphere, clouds lingered for almost a year, creating the necessary conditions for rivers. Understanding how Mars gained and lost its water and atmosphere could help us identify other habitable worlds.

Your sense of smell can delight, disgust, or alert you to dangers, like the presence of smoke or a gas leak. Those who have lost their ability to smell, from afflictions including COVID-19 and nerve damage, are at a safety disadvantage, so researchers in Pedro Lopes’s Human Computer Integration Lab engineered a device, described in an Association for Computing Machinery CHI 2021 conference preprint, that creates a “stereo-smell experience.” Worn like a clip-on septum ring, the device communicates with external odor sensors via Bluetooth and then electrically stimulates the trigeminal nerve, which senses changes in pressure, vibration, and temperature, working in tandem with the brain’s olfactory bulb to produce a fused sensation we perceive as smell. A tingling feeling, which serves as a proxy for smell, is synchronized with the wearer’s breathing, and different types of electrical pulses are used to indicate the intensity and the direction from which the odor is originating, allowing the wearer to track its source.

Mechanical stress like vibration weakens most materials, natural and synthetic. Bone is an exception: it’s an adaptable tissue able to self-strengthen to support its load. Bone’s strengthening capability arises from the piezoelectric effect, which gives some materials the ability to generate an electric charge under mechanical stress. The charge kicks off a chemical reaction that forms new bonds between molecular chains, building a second internal network and increasing strength. Inspired by how bone behaves, Pritzker School of Molecular Engineering associate professor Aaron Esser-Kahn developed a synthetic gel, described in a February Nature Materials paper, that takes advantage of the same effect, capable of becoming 66 times stronger in targeted areas through vibration. The researchers—including Esser-Kahn, postdoctoral researchers Jun Wang and Saikat Manna, and graduate student Jorge Ayarza—hope that such adaptive synthetic materials could lead to next-generation dynamic adhesives and better integration of artificial implants in human bodies.

The Stanford marshmallow test gave children the option of one treat now or two later, and those who were able to wait were (controversially) deemed more likely to thrive, academically and behaviorally. In a March Proceedings of the Royal Society B study, Marine Biological Laboratory fellow Alexandra Schnell reveals that young cuttlefish, when subjected to a similar experiment, can also delay gratification—waiting for their preferred live shrimp over immediate access to raw prawn meat. Those that waited the longest did better on a learning test, indicating a correlation between self-control and intelligence—previously seen only in humans and chimpanzees. Delayed gratification in humans is thought to be related to social bonds, but most cuttlefish are solitary; Schnell and her coauthors suggest the skill may relate to camouflage. Cuttlefish break cover while foraging, becoming vulnerable to their predators, so the species may have learned to wait until the reward is worth the risk.