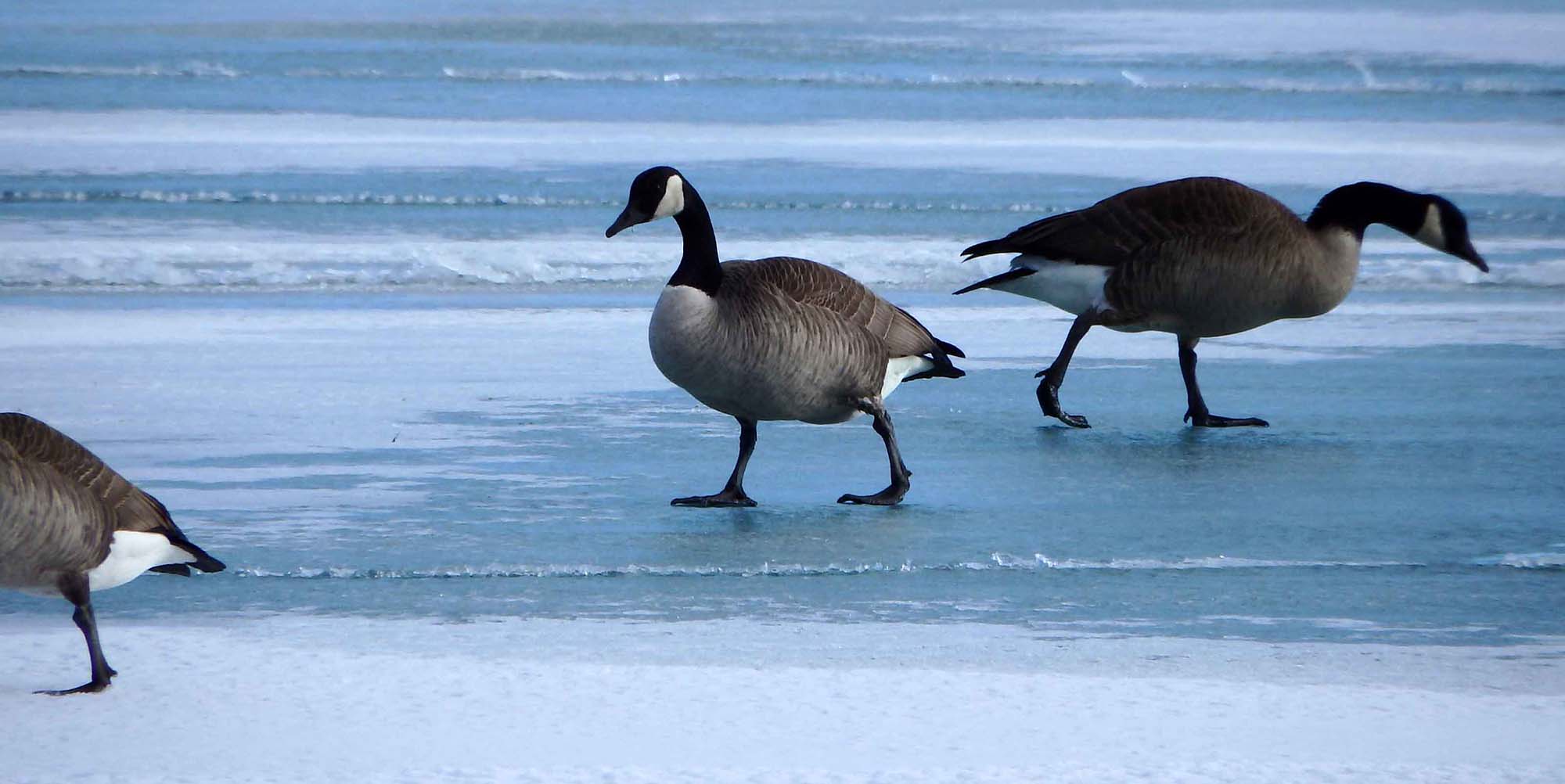 Zachary Cannon, AM’99, became attuned to the natural world all around him in Chicago’s urban landscape.

By
Author
Zachary Cannon, AM’99
|
The University of Chicago Magazine
—
Mar–Apr/15

It’s January 1, 2009. Mason—my seven-year-old early riser—and I are both up before dawn. It’s too cold and icy to think he can ride his bike, but I want to find a way to stick to my New Year’s tradition.

“You can ride in the jogger,” I elaborate. “If we hurry, maybe we can catch the first sunrise of the year.”

Mason’s game, so he bundles up and I load him in the sleeping bag that’s designed for our baby jogger—and a child about half his size. I click the belt and we’re off.

We follow the Midway, cut south of the Museum of Science and Industry, and rattle through Bobolink Meadow’s frozen dirt path and Jackson Park’s tundra of soccer fields. Finally we cut under Lake Shore Drive to 63rd Street Beach. We brave the wind and the surf, and run to the end of the pier. The New Year’s sun has just broken the horizon, imbuing Lake Michigan with a deep golden hue.

I’m mesmerized by the view. Mason? He’s mesmerized by the icicles. The continuous splash of the waves against the pier has reduplicated Chicago’s skyline in icy miniature, icicles hanging in a strange array from the railing. Mason insists that we break off two of the biggest. Full extraction proves impossible, but we salvage a couple of two-foot stalactites, each four or five inches in diameter. They survive intact on our back steps for weeks, reminding us of when we stumbled onto the wild while the rest of the city slept.

When my wife Judy and I moved from the Bay Area to Chicago for graduate school in 1997, I figured we were trading access to nature for a great situation in every other way. For the most part, I put away my mountain bike, saved my hiking boots for summer adventures, and concentrated on school. We built our vacations around hiking and backpacking, but the rest of our free time focused on the food, plays, and mix of people that our urban existence offered. For the first couple of years, this seemed enough. However, once I completed my course work and began to live a hermit’s existence preparing for oral exams, things started to change.

First, we adopted Drew, a previously abused husky mix who grew into an unpredictable, anxious, aggressive dog with an insatiable appetite for running. I dedicated myself to exhausting Drew with the hope that I could leave the house without getting angry calls from the neighbors about his howling in our three-story walk-up. Long runs through Jackson Park and Washington Park became part of our everyday life. Drew’s anxiety caused me to forge a deep connection to these beautiful but decaying urban parks. Drew chased geese, ate their turds, and swam in the fetid lagoons.

When Mason was born, I bought a baby jogger and used my runs to lure him into naps. As he grew older, I timed my runs to utilize his every sleeping moment to read, write, or grade papers. Even on the coldest of Chicago’s winter days, the stroller provided a sense of freedom and shared adventure. When our daughter Symmes was born, the adventures continued with a sun-bleached but otherwise fully functional double jogger.

Twice we discovered stray turtles crossing the grassy fields of Jackson and Washington Parks. Concerned about an inopportune encounter between shell and lawn mower, we carefully relocated them to the encircling lagoons. The first time, water trapped in the turtle’s shell spilled all over my feet; the second time, I drained the turtle before letting the kids carry it to the lagoon. For weeks at a time, one or two great blue herons inhabited one park or the other, gracing our runs with their lazy, loping flight. Circling Washington Park on another occasion, we saw a beautiful red-combed rooster on a dab of an island. I came to understand the nightly migrations of a pack of wild dogs: generally, they moved east to west along the Midway, some days cutting through the Laboratory Schools, generally avoiding the quads.

Winter only heightened my connection to the climate. Lakefront rides necessarily became shorter, and a loop through Northerly Island (formerly Meigs Field) marked my winter turnaround point. Looping through the prairie with the morning sun—and wind—coming off Lake Michigan gave a sense of beauty to the suffering. In December 2006, the park gained another dimension: a coyote. Most mornings, I just saw (and dodged) rabbit corpses, but if I got out early enough, I sometimes saw the coyote herself. (It became evident she was a she when pups appeared the next summer.)

The coldest days were marked by an increasing sense of solitude. Despite the popularity of Chicago’s lakefront path, below 10 degrees we practically had Lake Michigan to ourselves. But we were never alone. Over time, I came to feel an intense kinship with … the ducks. No matter how blustery it got, the ducks reveled in the joy of their avian version of body surfing. Rather than seek shelter, clusters of 10 to 20 of the birds would position themselves in the most tumultuous spots on the water, swimming out and riding the swells until a gust brought a wave that totally submerged their pod and dragged them toward the shore. Then they swam out and did it again. The only motivation for their behavior seemed to be play. Despite the single-digit temperatures, the ducks didn’t seek safety or shelter: they sought adventure.

One winter morning, I made the mistake of trusting the weather report and ignoring heavy skies. Snow wasn’t predicted until evening, so Symmes and I biked north up the lakefront path to the Children’s Museum on Navy Pier while Mason was at kindergarten. We parked in the garage and entered the protected world of the museum. When we emerged, four to five inches of snow had fallen. Because we had to pick up Mason, slow wasn’t an option. To maintain adequate traction, I alternated between riding on the bike path proper and its crushed-limestone border. At one point, the lip of the path caught my wheel and I slid across snow and ice. As I came to a stop, I turned to check on Symmes. The trailer remained upright and hermetically sealed from the elements. “Are you all right?” I asked.

“Yeah,” she casually replied. “Are you all right?”

In the end we were only a few minutes late and had enjoyed 10 miles of solitude and virgin snow. We had planned on a museum outing but stumbled onto a moment where, despite living in a modern metropolis, all of the buildings and people dissolved and we found ourselves communing with nature.

I had become more attuned to the wild than during my days exploring California. There, spectacular, charismatic nature was close enough that I limited careful observation to those times when I was actively “in nature.” In Chicago, I awakened to the presence of nature in my mundane, everyday existence. Even in a life that seems designed to buffer me against any pure interaction with it, nature finds a way in. It may not be pristine. It doesn’t qualify as wilderness. But once I became attuned to it, it was everywhere. The urban wild.

Zachary Cannon, AM’99, teaches eighth-grade English at the Bosque School in Albuquerque, New Mexico, and continues to explore nature big and small with Judy, Mason, Symmes, and Drew’s successor, Emma.