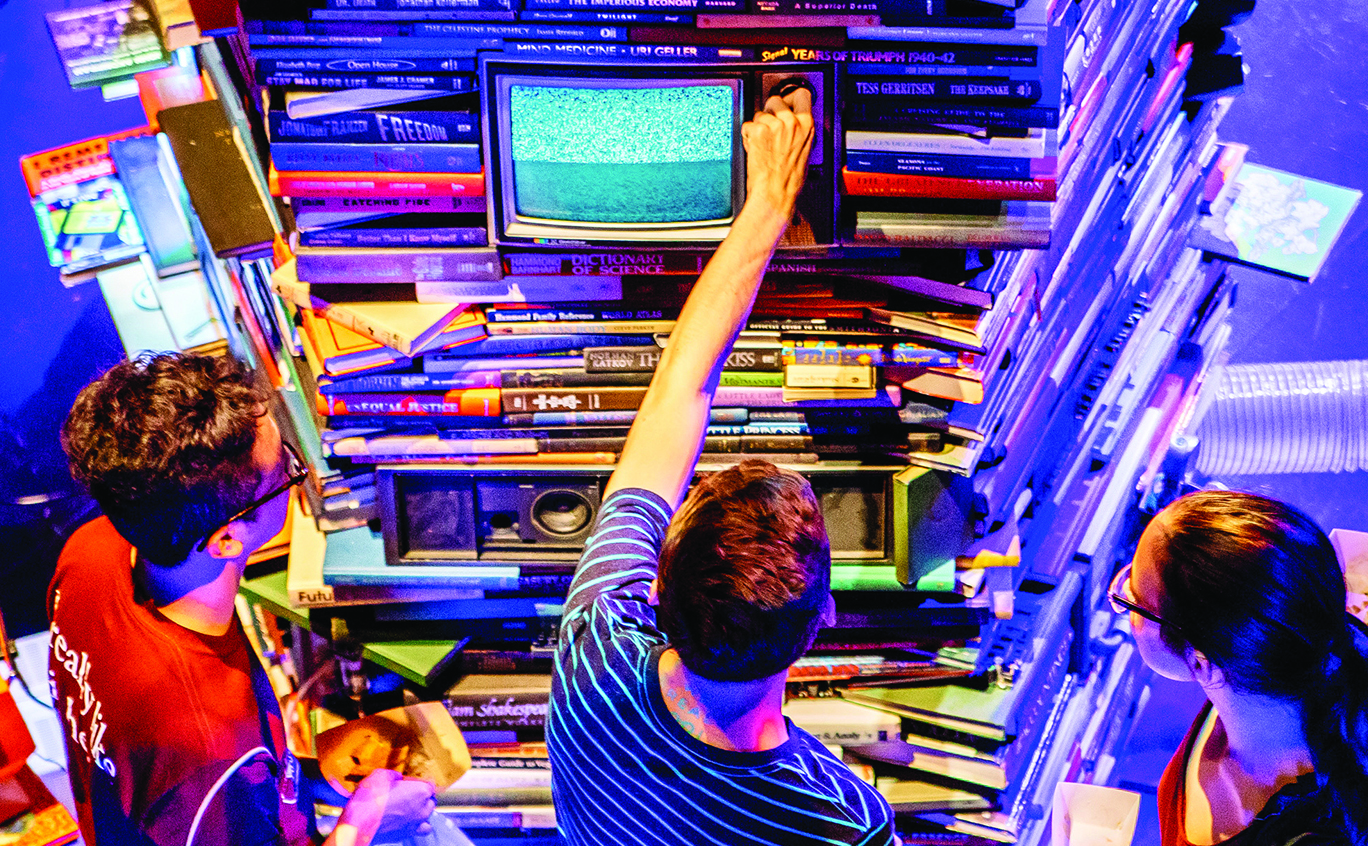 The ParaSite helped students get to know campus and one another.

When members of the Class of 2021 received their welcome letter in May, a cryptic message at the bottom directed them to an equally puzzling page on the Orientation Week website. “There is only one question you need to ask,” the website read. “What is the parasite?”

Over the next several months, more clues appeared. For instance: “They don’t like to be called ‘red monks.’” Hyperlinks pointed to xeroxed transcripts of conversations alluding to a secret society and an interdimensional portal at the University. Hints hidden in the documents guided students toward yet more riddles and puzzles. Online, incoming students began working together to unfurl the mystery.

Though the students didn’t know it yet, they were playing an alternate reality game designed by Heidi Coleman, director of undergraduate studies in theater and performance studies; Patrick Jagoda, associate professor in English and cinema and media studies; and Kristen Schilt, associate professor in sociology. Called The ParaSite, the game spanned social media, virtual reality, and real life and helped students get to know their new school—and one another—through playing it.

The game concluded on September 17 with a massive multi site scavenger hunt, but for its players, the effects have been lasting. “We were all pushed outside our comfort zone from the beginning to talk with people we didn’t know online, but once we were on campus, we really had to put ourselves out there,” says first-year Justine Shih. “My closest friends have come from this.”

This story was originally published in the Fall/17 print edition as “Game Time.”