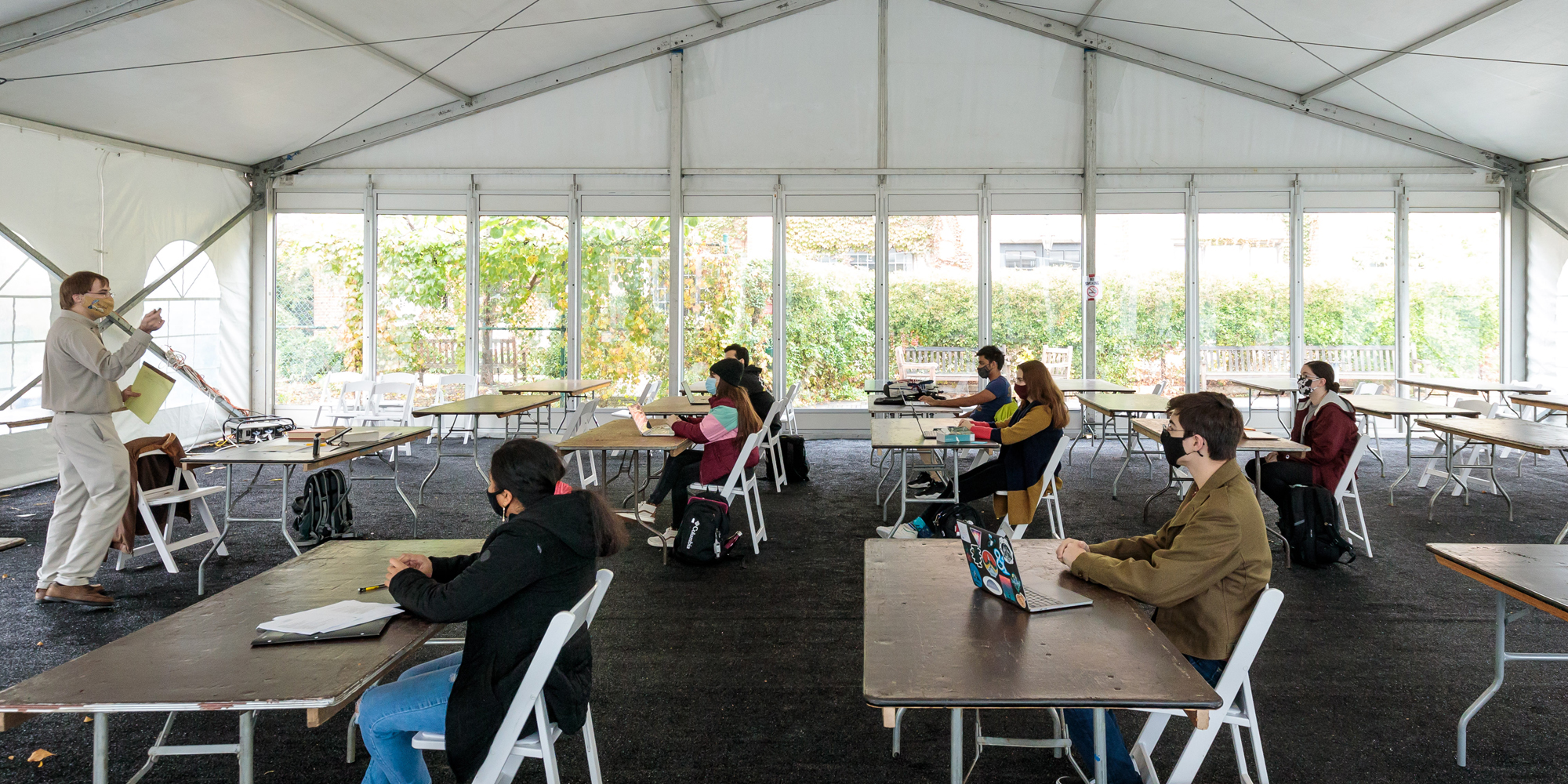 Collegiate Assistant Professor Brinton Ahlin, AB’09, teaches Self, Culture, and Society in one of the two tents installed on the Quad Club tennis courts. (Photography by John Zich)

Last quarter everything was different—even the University's geography.