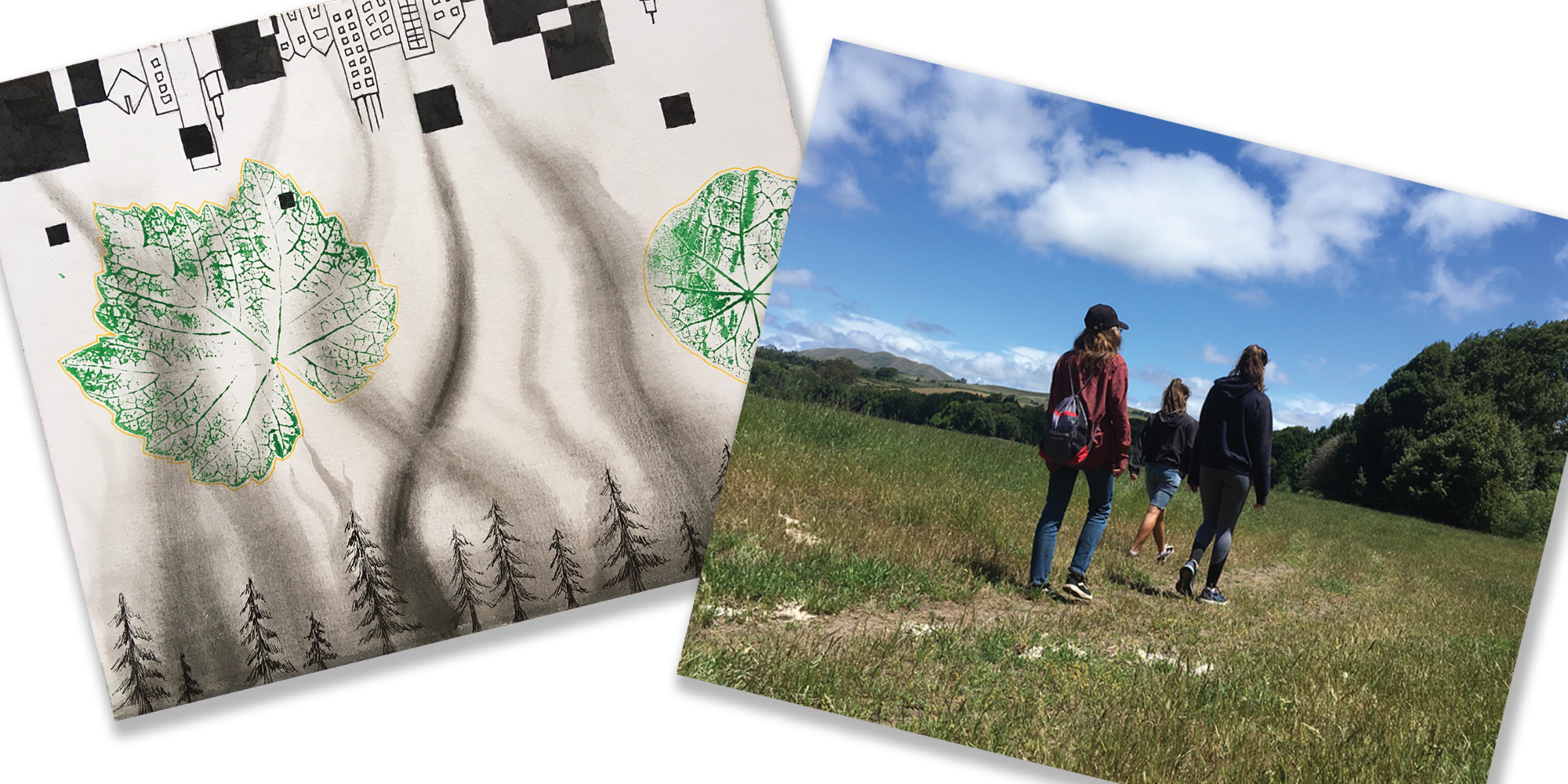 A first-year, the daughter of an ER doctor and a nurse, tries to stay hopeful during the pandemic—but it’s hard when your parents are scared.

This article is part of the special feature “A Spring Quarter Like No Other,” which chronicles the experiences of eight College students. Sage Rossman, Class of 2023, spent the quarter living with her parents in Olema, California, a small town about an hour from the Bay Area.

On March 8 I received a text from my father, an emergency room doctor: “Working in Oakland today. The COVID cruise ship with 3500 people aboard is about to dock … in Oakland.” My father is not easily fazed. If he can’t be in control of a situation, then he finds a way to be in control of his emotions. The scariest thing for me about the early viral spread was that it scared my father too.

When viral photos of doctors with mask-shaped bruises started popping up on my social media and reports of the first West Coast cases came in, my parents started ramping up their research. As medical professionals, they turned to the facts to face their fears. It became increasingly clear that the facts they sought just didn’t exist. The alleged 3 percent death rate was far too high. Incubation period was anywhere from one to two weeks, but it varied case to case. The sensitivity and specificity of the virus testing were unknown.

My mother, a recovery room nurse whose unit had just begun preparatory intensive care training, went through a phase when she spent at least eight hours of every day on the internet researching the latest publications. She urged my father and me to take vitamin C tablets, then zinc supplements, then elderberry capsules, as new, poorly reviewed research started coming out. My parents jokingly advised me: “If you have any research you’ve been waiting to submit, now would be the time. They’re publishing fucking anything.”

Though easily as well-read as my father, my mother did not share his usual confidence. Neither of them denied the uncertainty of the moment, but after an initial scramble for information, my father simply buried his concerns and emotions. For my mother, the void created by the lack of reputable research was filled with reports from Italy of emergency room doctors dying and health care workers going weeks without seeing their families. The United States was tracking about 10 days behind Italy during the early spread.

A few nights after arriving home from Chicago, I heard my mother sobbing downstairs. I found her curled up on the couch with my father beside her, doing his best to console her. She’d had a panic attack after spending all day reading about the rapid spread in New York, and was mumbling through sniffles about her concern for my father. He was nearly 50 and had survived cancer twice. He was high-risk, and as our area was far from its peak of cases, it was hard to imagine him not contracting it at some point. He could only assure her that everything would be OK, with no evidence to back it up.

We’ve never been a religious family, usually favoring facts over faith. However, it’s easy to understand the need for faith when facts fail us. Not in a higher power, not in our government, not even in science, but in the simple belief that with perseverance and strength, we will endure.