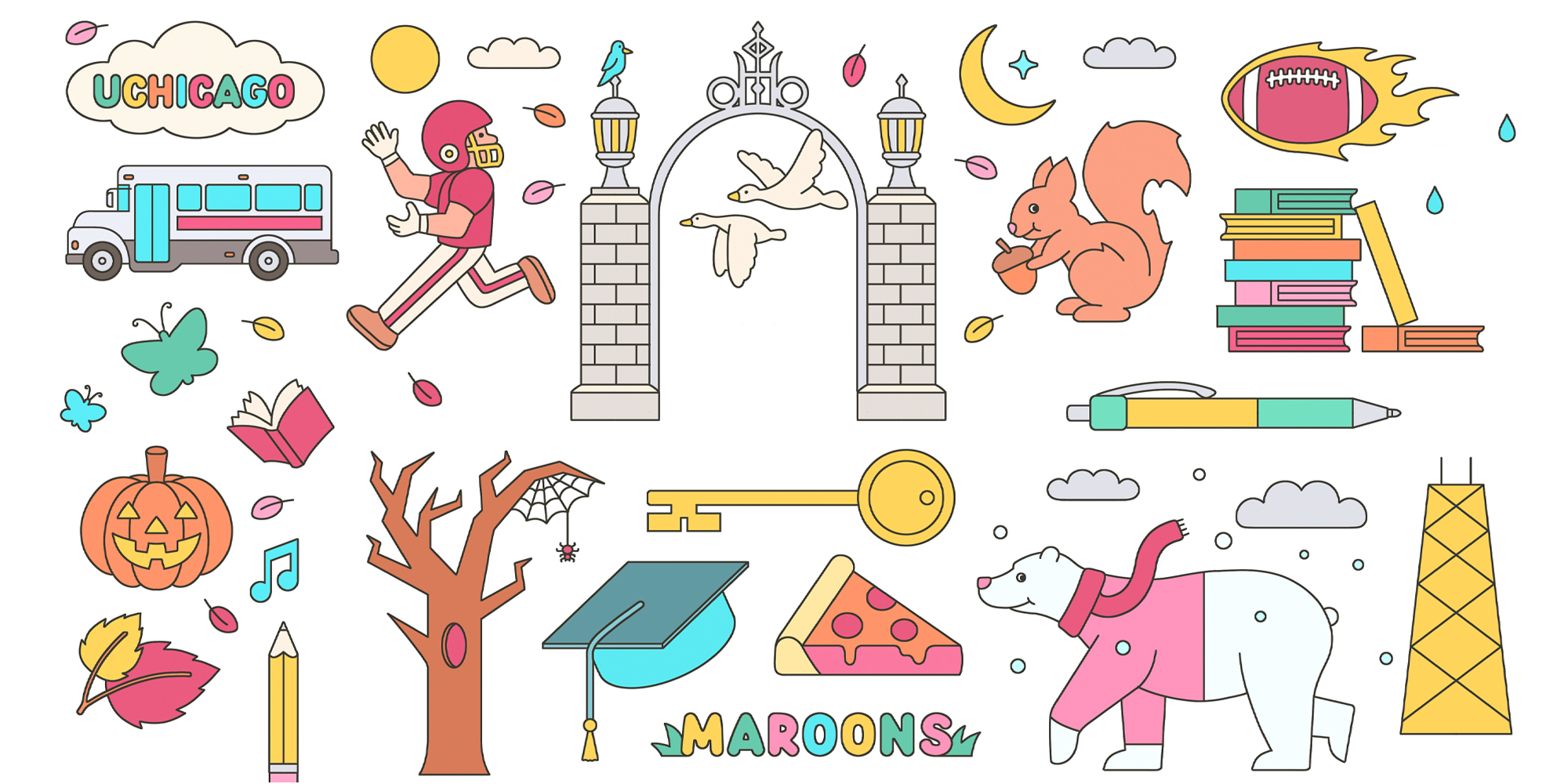 By
Author
Laura Demanski, AM’94
|
The University of Chicago Magazine
—
Fall/22

Taking a page from the New Yorker and its year-end tradition, we offer season’s greetings in light verse to all of you, our cherished readers. These lines may be silly, but our wishes for your good health and happiness in 2023 are sincere.

Hallo, Maroons! Let’s bid adieu,
With vim, to twenty twenty-two.
Turn month and day again to one;
Await the next weeks’ waxing sun.
But first attend a fond look ’round
At some who made last year profound.
Happy next one, President Paul,
And Nicole—Alivisatoses all.
For those preceding him, a word
Of gratitude and praise be heard:
From Rockefeller and Will Harper—
Their plans in focus ever sharper—
To present heights of rigor, thought,
And ever-rarer Scav grails sought.
The toast extends to every veep
And other very important peeps:
To dean of deans a joyful din—
John Boyer, plus his trusty Schwinn.

Thanks, Fred Niell and Justin Kasper
For memories of a dorm reactor
That won’t soon dim, much less go poof,
And nor will David Auburn’s Proof—
Hey! Tony Hopkins, Keanu Reeves!
A brief honorary nod to these
Not-quite Maroons flown in to be
Mere actors of our reality.
To true Maroons, the real McCoys,
That nod plus further heaped-on joys:
Carla Hayden, Matt Martell,
Danny Lyon, W. Kamau Bell.
Andrea Ghez, John Goodenough,
Make space and batteries the stuff
Of better knowledge, ever growing
’Til our minds are overflowing.
Dear Sens. Sanders and Klobuchar:
To auld lang syne, add au revoir,
For next year, each with our obsessions,
We’ll meet again with brand-new questions.
Crescat scientia, let knowledge grow;
Vita excolatur, there are miles to go.