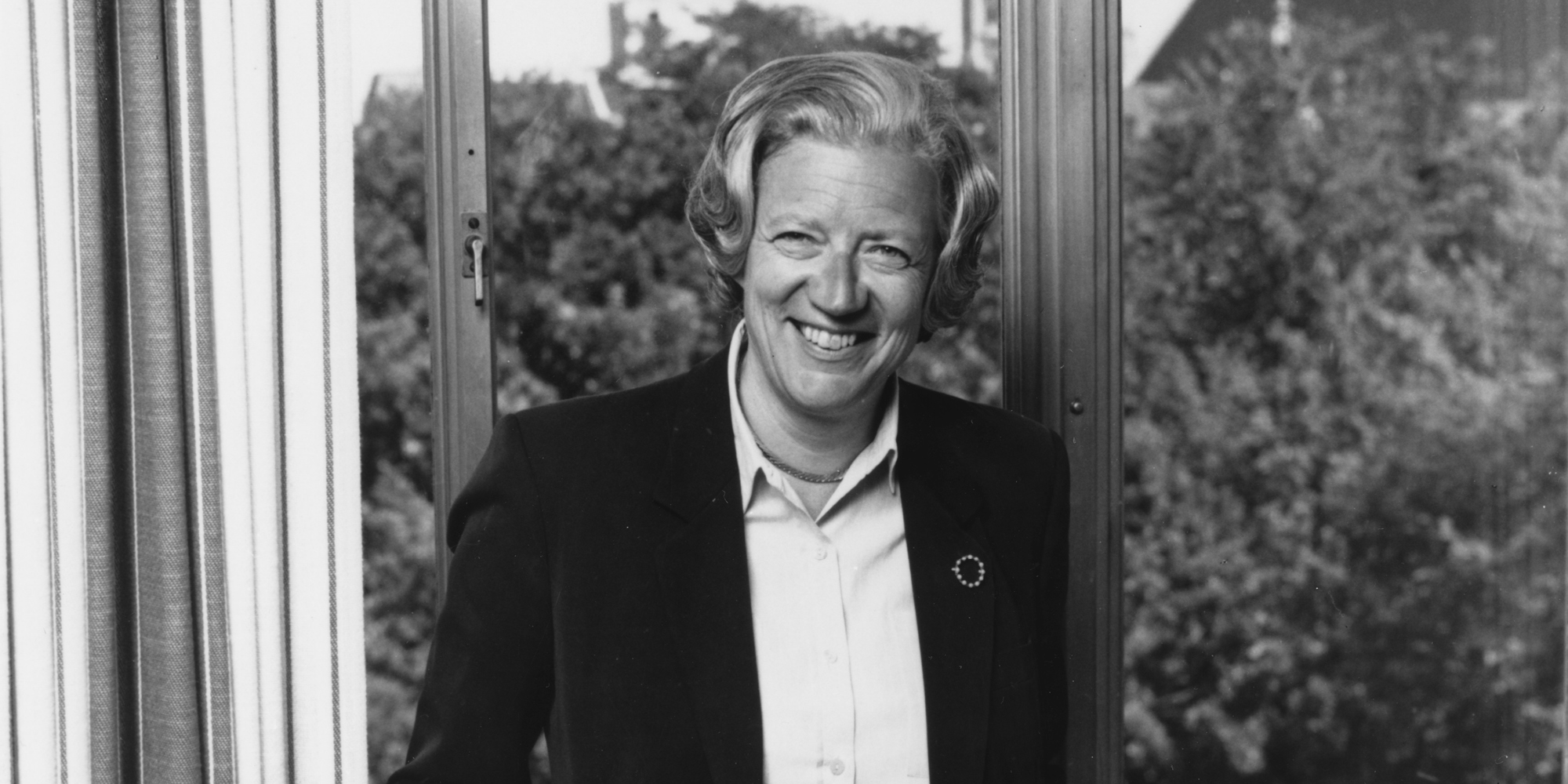 Hanna Gray’s memoir offers a first-person view of a career of firsts.

By
Author
Mary Abowd
|
The University of Chicago Magazine
—
Spring/18

At Harvard during the 1950s, women could enter the university’s Faculty Club only by the side door. But a young assistant professor of history named Hanna Holborn Gray didn’t always observe that rule. When attending departmental meetings at the club, she took to using the front door.

“Everyone was too much a gentleman to stop me,” Gray recalls in her just-released memoir, An Academic Life (Princeton University Press).

Gray, 87, the Harry Pratt Judson Distinguished Service Professor Emeritus of History, would be the first woman to step over many other thresholds once reserved for men in academe. During a more than six-decade career, she was the first woman to hold a succession of teaching and top administrative positions at Harvard, Northwestern, and Yale Universities and UChicago. In 1978 she became the University of Chicago’s first woman president, and the first woman to head a major research institution.

Gray’s rise was exceptional; relatively few women of her generation broke into the ranks of tenure-track faculty, let alone assumed leadership roles. But she perceived no distinction in how UChicago faculty and trustees worked with her, she writes—“I was never treated as a different species.” Her detailed personal account is focused as much on the evolution of the University and higher education as on her own trailblazing career.

The terrain could be rocky. Gray’s first day as president found her in a sweltering office furnished with little more than a desk and a plastic couch. Higher education was in crisis. The boom fueled by the GI Bill following World War II was over, and the University’s enrollment and endowment were both sagging. It seemed a certain golden age had ended—her shabby digs just one sign that resources were tight.

Gray’s forthrightness would come in handy as she set about the task of rebuilding the institution’s financial health. The shadow of charismatic former president Robert Maynard Hutchins—the Core curriculum, the fierce commitment to intellectual inquiry and academic freedom, even the removal of Big Ten football—still loomed large, and any changes Gray would make would have to be done in dialogue with his legacy.

She respected that legacy but seems to have been undaunted by it as she guided the University through the challenges of the day. She raised tuition, expanded the enrollment of the College, and allocated general funds toward need-based financial aid. On this foundation, Gray instituted a series of administrative measures—a centralized budget office and a professionalized development office, for instance. She undertook a sweeping analysis of the University’s academic divisions and graduate life known as the Baker Commission.

The commission’s 1982 report, prepared in the face of declining academic job prospects for graduating PhDs and the specter of a downturn in college enrollments, called for a rethinking of graduate education at the University. Its recommendations included a reduction of course work requirements, the creation of new master’s programs, and providing doctoral students with better fellowship support and broader training to equip them for careers both outside and within the academy.

All the while, Gray kept her sights set on what she considered the University’s greatest assets—“its powerful sense of mission, its uncompromising intellectual spirit, its insistence on intellectual freedom, its capacity for interdisciplinary discourse and scholarship, its exceptional students and the breadth and rigor of education they had on offer.”

Gray had been prepared for academic leadership seemingly since birth. Her parents were persecuted intellectuals who fled Germany during Hitler’s rise, settling with their young daughter and son in Connecticut in 1934. Her father, Hajo Holborn, joined the history department at Yale. He and her mother, Annemarie Bettmann Holborn, who was Jewish by heritage, conveyed an “unshakable belief in the worth of intellectual and political freedom,” for they had experienced its extreme assault.

Gray’s belief in academic freedom was visceral and would sometimes be tested. In her first year in office, a faculty committee invited former defense secretary Robert McNamara—considered by many a symbol of the evils of the Vietnam War—to campus to speak and receive an award for his work as president of the World Bank. Widespread protest ensued. When Gray refused to disinvite him, even Studs Terkel, PhB’32, JD’34, “appeared on the quadrangle with a megaphone to condemn my behavior.”

In her defense of free expression and in many other ways, Gray asserted a commanding presence that unequivocally established the place of women at the helm of major US universities. Yet during her presidency, she continued to encounter spaces that remained off limits. Elite men’s clubs frequently played host to university presidents and other civic leaders for meetings and events, and she found it her fate to “coeducationalize more than one” such place, including the Chicago Club downtown. When confronted, the club held a vote and decided to admit women as visitors. A ladies’ room was built. “All this was done,” Gray writes, “and I entered the sacred space without incident.” And many after her.