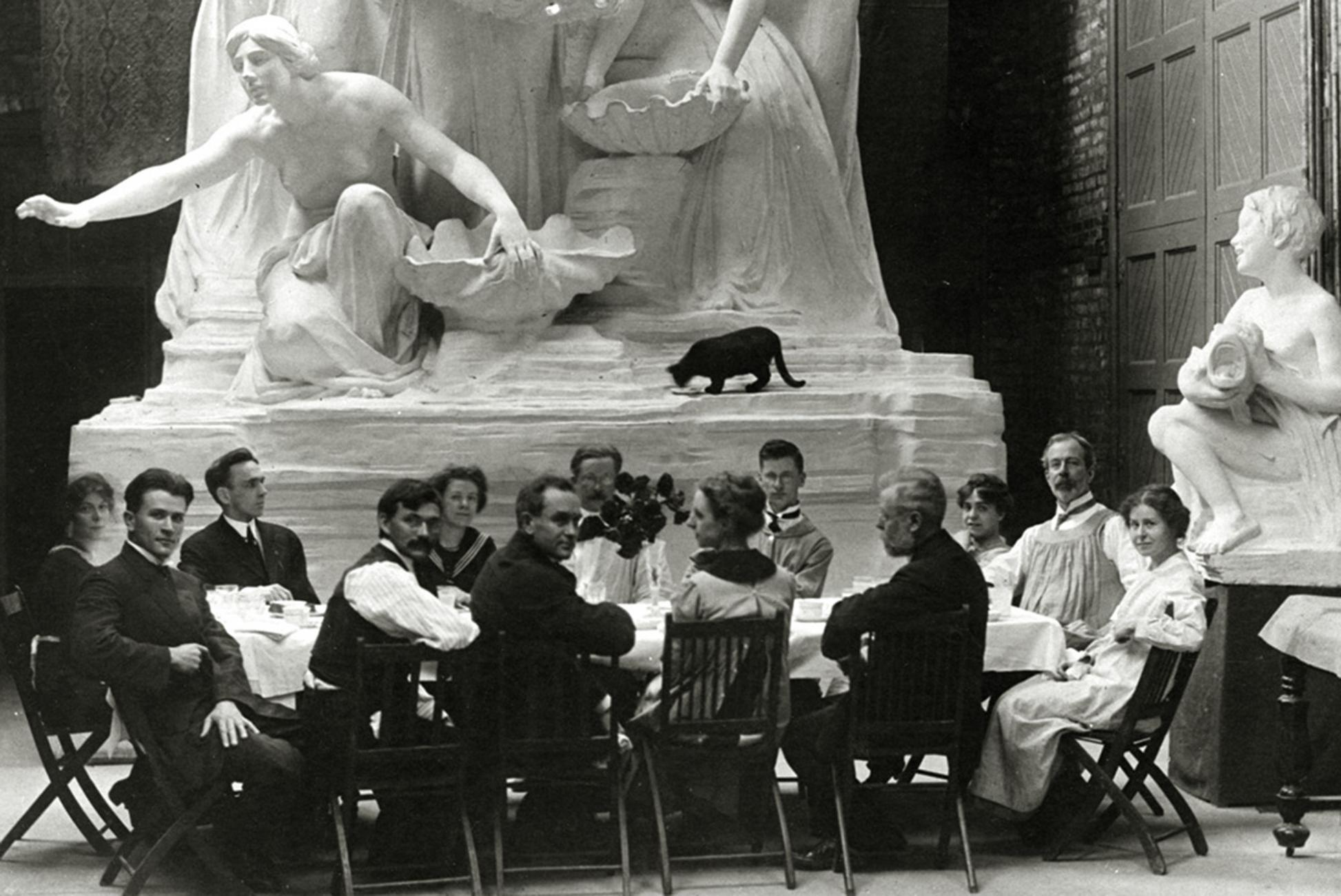 A meal to remember

In a new Q&A section in the College Review, the Core’s email newsletter, we asked alumni to tell us about memorable meals from their College days. Here are some of the stories we received.

Serving lunch to President [Robert Maynard] Hutchins [1929–51]. Hutchins probably said something witty, of course, but not to his server.—Stephen Plank, PhB’48

For two years I lived in Burton-Judson and worked as a “waiter” in the dining hall. The settings were formal; the men were required to wear a coat and tie for dinner. Those were also the days of the legendary campus adventures of Severn Darden [EX’50, comedian and founding member of Second City]. The requirement of a jacket and tie at dinner was irresistible. One evening the dining hall was full and a student arrived wearing nothing but a coat and tie. Subsequently the dress code was amended.—Herb Caplan, AB’53, JD’57

I was there the night in the Burton-Judson dining hall when we put our plot into action to get rid of the “coat and tie at dinner” rule. Several of us, however, wore swim trunks. I never saw anyone actually arrive for dinner naked but for the coat and tie, which was the actual plan. I was sixteen, or barely seventeen, and though there no women in the dorms, there were sometimes female kitchen staff, and the wives and daughters of the housemasters were often present. I was afraid to take the risk. Fortunately our virtual nudity was sufficient and the rule was rescinded.—Denis Franklin, AB’54

Those of us who lived in Woodward Court were privileged to eat with our beloved resident masters, Izaak [PhD’55] and Pera Wirszup, and notable scholars every month for the Woodward Court lectures. In the Wirszups’ apartment, sharing wine and cheese with a bunch of students, Milton Friedman [AM’33] turned out to be a very warm and friendly fellow.—Jeff Rasley, AB’75

In the early ’90s, Pierce dining hall hosted a ’50s-themed event for the evening meal, complete with Elvis impersonator. After I was done eating I stood at 55th and Ellis to catch the bus back to Broadview Hall. A Honda Civic pulled up. Elvis was driving. “Hey man, can you tell me how to get to Lake Shore Drive?” I pointed east and gave him the directions. “Thanks, man,” he said, and drove off.—Kenneth Burns, AB’93, AM’03

Next question: Did you have a rat, lizard, tarantula, or other unusual pet while you were in the College? Did you keep a secret pet in your dorm room? Did you befriend a wild creature? Send your animal stories to collegereview@uchicago.edu.