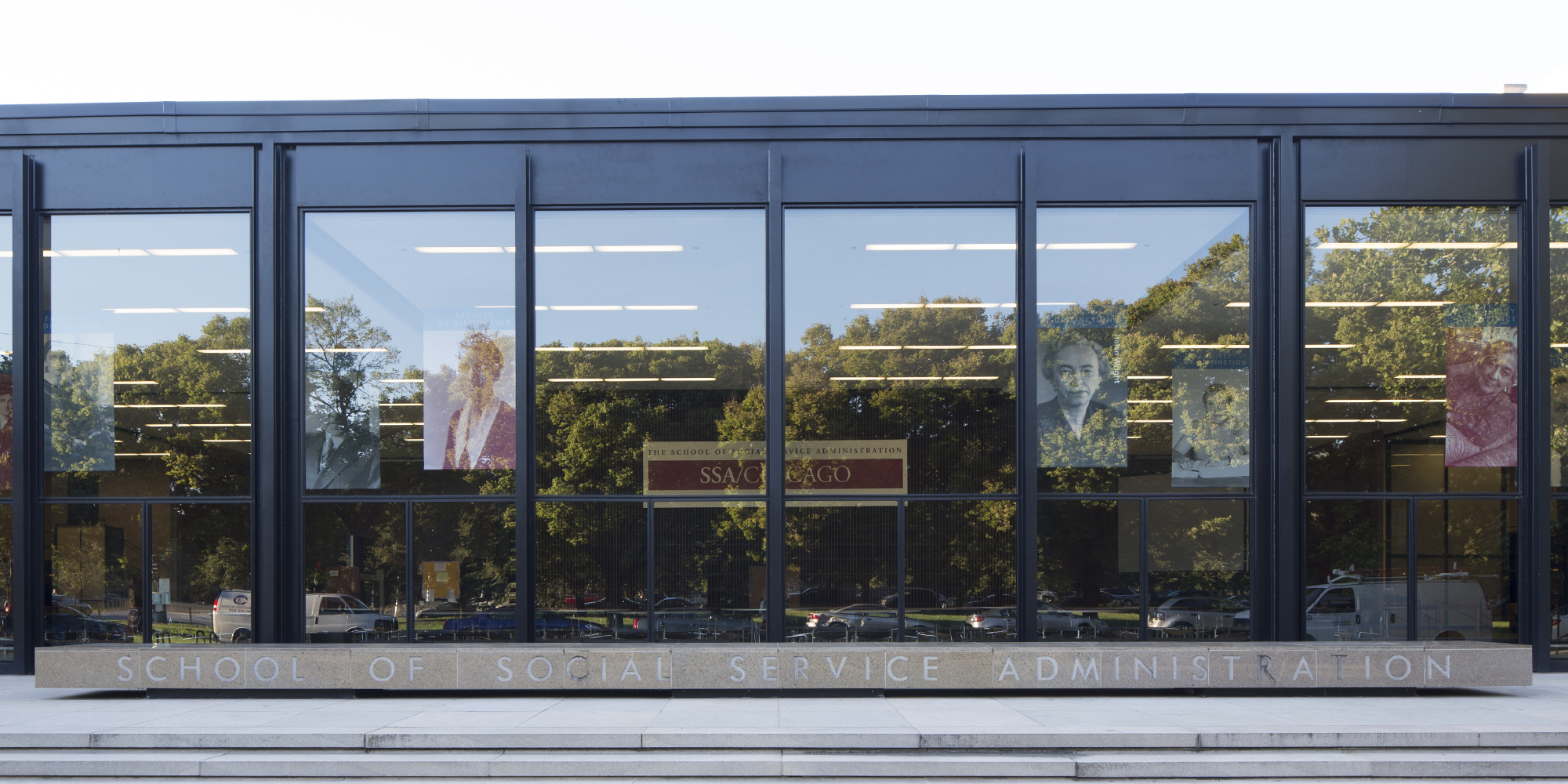 The School of Social Service Administration, which is offering a College minor for the first time. (Photography by Tom Rossiter)

What’s new in the College.

The College’s own Shark Tank

During winter quarter, undergrads from the University of Illinois at Urbana-Champaign will join UChicago students in a course that prepares them for the College New Venture Challenge. The 2019–20 cohort includes 15 teams from UChicago and six from the University of Illinois. Their business ideas include a sneaker rental company, an online legal education platform, and an eco-friendly low-sugar alcoholic drink. In March the teams will compete to win $100,000 in investments and in-kind services.

The City in a Garden

The Chicago Studies Publications Series has brought out its first book, The City in a Garden: A Guide to the History of Hyde Park and Kenwood (2019) by John Mark Hansen, the Charles L. Hutchinson Distinguished Service Professor in Political Science. In the preface, Hansen explains that he wrote the book not as a historian or a social scientist, but “to fulfill a resident’s curiosity about his or her community.” He tells the story of Hyde Park-Kenwood “through the stories of individuals,” all linked to specific addresses.

Hansen reveals, for example, the site of the original Harold’s Chicken Shack: 1235 East 47th Street (47th and Kimbark). The restaurant was opened in 1950 by Harold Pierce, who had moved to Chicago from Alabama. “Soon Pierce was known as the Fried Chicken King,” Hansen writes. “He made deliveries in a white Cadillac with painted wing feathers on the doors and a papier-mâché chicken head on the roof. … Pierce invented the red and white décor for the chicken shacks. He also commissioned the logo, a hatchet-bearing man in robe and crown chasing down a bolting hen.”

Read a longer excerpt from The City in a Garden in the Summer 2020 issue of the Core.

This year the Chicago Studies program is offering a series of four workshops, Design Your Chicago, to help students apply design thinking to their time in the city. Start Here is an introduction to this approach to decision-making, borrowed from the world of design. Wayfinding focuses on figuring out where to go when you don’t actually know your destination. Building Values asks students to reflect on what’s most important, while Odyssey Plan helps them structure and prototype their own Chicago journeys. The sessions, which last 60 to 90 minutes, will be offered several times each quarter.

This academic year the School of Social Service Administration (SSA) is offering its first minor for College students. Called Inequality, Social Problems, and Change, it’s open to students in any major. “Inequality is everywhere,” says Susan Lambert, associate professor in SSA and faculty director of the new minor. “You can take what we teach to any career that you pursue—law, medicine, IT, you name it.”

The minor requires a foundation course, taught in SSA, and four approved electives. Students can choose from more than 25 courses offered, not just in SSA, but also in human development, political science, public policy, and sociology. A sampling of this year’s courses: How Things Get Done in Cities and Why, Inequality in Urban Spaces, Policing the City, Race and American Public Schools, and Inequality at Work.

Lambert, whose research focuses on jobs at the lower end of the labor market, teaches Inequality at Work. One of the assignments is to research a job that doesn’t require a college degree. Her students have to find out how many of these jobs there are, how to train for the job, and which types of employers are better than others. Then they have to interview someone who has experience with the job as a worker, manager, trainer, or labor organizer. A number of the students have interviewed University employees: cafeteria workers, security guards, shuttle bus drivers.

The full name of the minor—Inequality, Social Problems, and Change—is important. “The key thing is the change,” Lambert says. The courses take a scholarly approach to understanding social problems and examining solutions that have been tried in the past. “But now,” she says, “What do you do about it?”