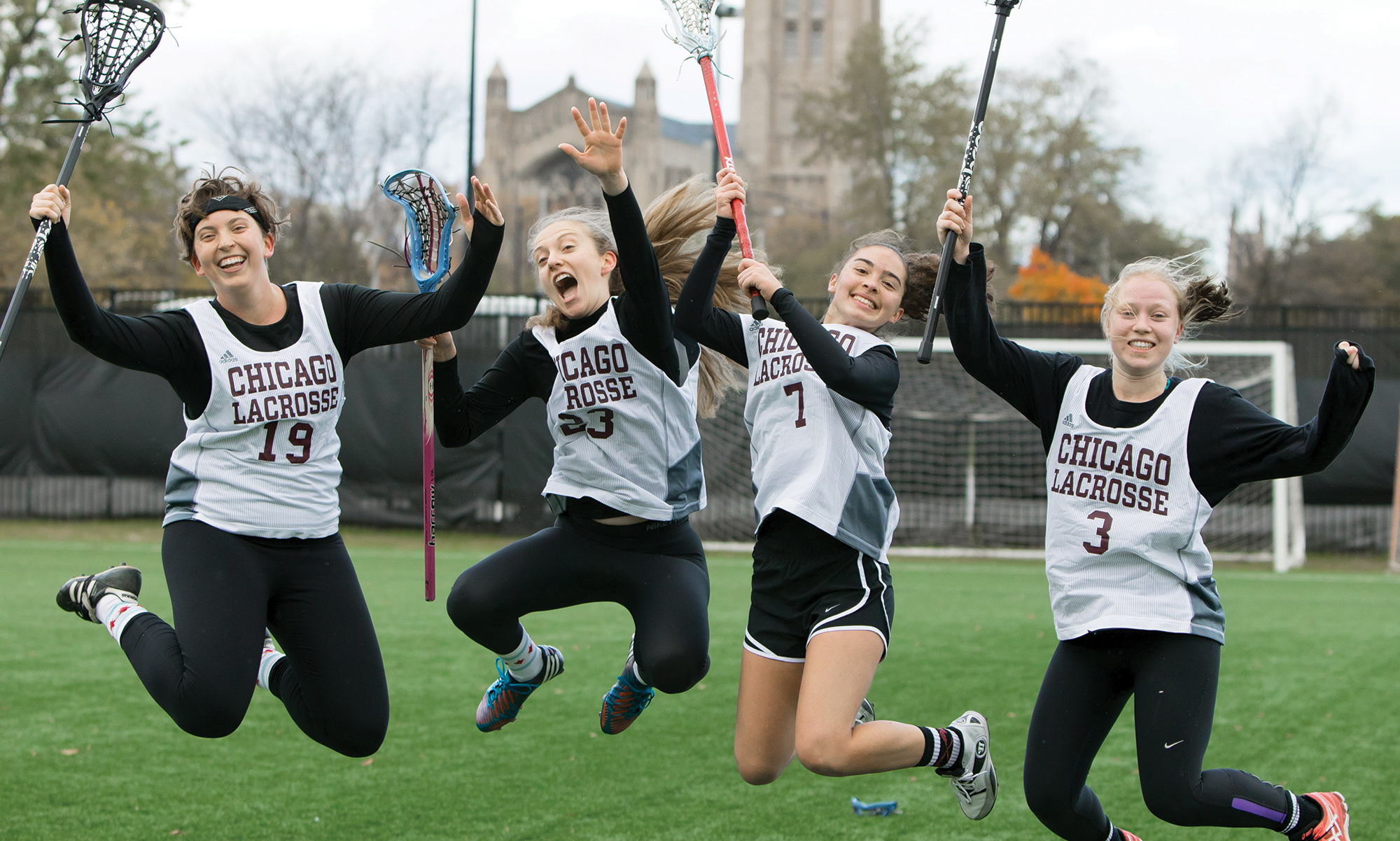 Myers (19) and Brown (3) are defenders, Mott (23) is a midfielder, and DeJonge (7) is an attacker (similar to a forward). Coach Robinson says her current team has been a big help recruiting next year’s players. A fall clinic on campus drew 55 high school students from across the country. (Photography by Anne Ryan)

Stick it to them

After 20 years as a club, women’s lacrosse is finally a varsity sport, and team members Veronica Myers, Katie Mott, Maya DeJonge, and Clare Brown are celebrating. The lacrosse team is the first addition to UChicago’s varsity sports program since women’s soccer in 1986. The team will play a heavier club schedule this spring to prepare for a full varsity schedule in 2019.

Second-years DeJonge and Myers and first-year Brown—who has played for England’s youth national teams—will help form the core of the varsity program. Mott graduates this spring.

While all four played in high school, some UChicago players didn’t pick up the game until arriving on campus. Coach Kate Robinson welcomes more of them as she builds for the future.

Speed and athleticism are more important to her than experience. “We need people who can take it from one end of the field to the other as fast as possible,” she says. “Great stick work and stick skills are a plus, but they can pick that up later.”

Robinson’s approach has worked before. She came to Whitman College (Walla Walla, Washington) in 2014 under similar circumstances: as the first coach of its women’s lacrosse team after it had been a club. At Whitman, she was named conference coach of the year in 2016 and 2017.