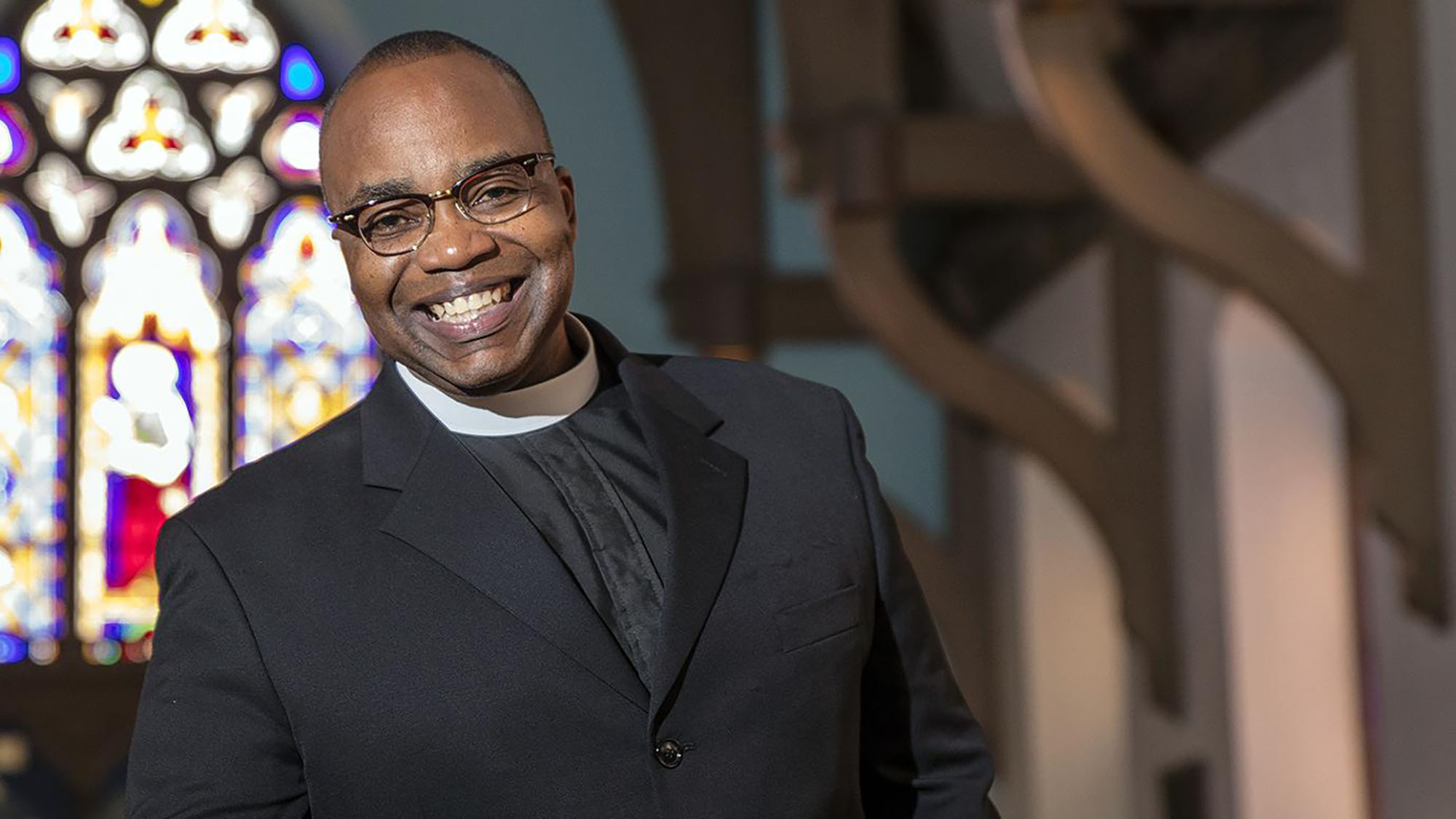 Maurice Charles, MDiv’90, PhD’13, was named dean of Rockefeller Memorial Chapel, effective July 1. He will oversee spiritual life, religious services, ceremonies, and music and arts programming at Rockefeller and Bond Chapels. Charles, an Episcopal priest, was most recently the dean for spiritual engagement and chaplain at Hobart and William Smith Colleges in Geneva, New York, and previously served as associate dean for religious life at Stanford University.

A $9.1 million gift from the Ellen and Ronald Block Family Foundation and the Hassenfeld Family Foundation will provide support for UChicago Medicine programs aimed at helping young patients and their families recover from the effects of trauma caused by gun, domestic, or sexual violence, or child abuse. The gift, announced in April, will integrate and expand clinical and community services under the Block Hassenfeld Casdin Collaborative for Family Resilience. The BHC Collaborative provides personalized care to children and families in the medical center and continuing support during discharge and recovery, even extending into the home, school, and neighborhood through a network of community resources.

Emmy-winning journalist Rebecca Jarvis, AB’03, the chief business, technology, and economics correspondent at ABC News, will speak at the College’s Class Day ceremony on June 14. The event kicks off convocation weekend and celebrates the accomplishments of graduating students in the College. Jarvis is host and creator of the podcasts No Limits with Rebecca Jarvis, which features influential women discussing their paths to success, and The Dropout, about the rise and fall of Theranos entrepreneur Elizabeth Holmes. Jarvis reports for Good Morning America, World News Tonight, 20/20, Nightline, and This Week.

An institute for the infinite

Edward W. “Rocky” Kolb, a scholar of the early universe, became director of the Kavli Institute for Cosmological Physics on April 1. Kolb, the Arthur Holly Compton Distinguished Service Professor of Astronomy and Astrophysics, has previously served as dean of the Physical Sciences Division and director of Fermilab’s Particle Astrophysics Center. Dedicated to understanding the origin and evolution of the universe, the Kavli Institute is home to researchers investigating questions related to dark energy and dark matter and nature’s highest-energy particles.

The Media Arts, Data, and Design (MADD) Center opened February 25 in the John Crerar Library. The 20,000-square-foot space offers opportunities to create, study, and learn about technologies of cultural and scientific importance, including video games, virtual and augmented reality, data visualization, and digital fabrication. Among the MADD Center’s resources are an expanded Computer Science Instructional Lab; the Weston Game Lab, where students and faculty can collaborate on the research and development of games; the Hack Arts Lab, a digital fabrication, prototyping, and visualization facility; and the GIS Hub, which offers training on and access to geographical information systems software and hardware.

The age of Aurora

Argonne National Laboratory was selected as the future home of what is expected to be the most powerful supercomputer in the United States. Aurora, scheduled to be completed in 2021, will be capable of a quintillion (one billion billion) calculations per second and will make possible new approaches to finding cancer treatments, searching for dark matter, mapping the human brain, and other potential breakthroughs. The Department of Energy contracted Intel and Cray Computing to build the $500 million computer at Argonne.

The inaugural varsity women’s lacrosse team at the University of Chicago made its NCAA debut February 23 at Stagg Field with an 18–4 victory over DePauw. The squad includes former members of UChicago’s lacrosse club team, including team cocaptain Maya De Jonge, Class of 2020. “It definitely feels like we’re making history,” De Jonge says. As of press time the Maroons were 13–2 overall.

One for the macro history books

In February Kenneth Pomeranz, a leading scholar of modern China, received one of three $1 million Dan David Prizes awarded this year. The prizes honor innovative and interdisciplinary research. Pomeranz, a University Professor of Modern Chinese History, studies the influences of state, society, and economy on late-imperial and 20th-century China. He also examines the origins of the world economy and the impact of cultural and geographic differences on economic development in Europe and East Asia. Pomeranz is best known for The Great Divergence (Princeton University Press, 2000), a comparative history of China and Europe circa 1800.

Ellen Purdy, Class of 2019, is among 34 US undergraduates to receive a Gates Cambridge Scholarship to study at the University of Cambridge next year. A chemistry major with a long-standing interest in art, Purdy plans to study conservation science, with a focus on spectroscopy, and hopes to pursue a career in museum conservation. “I’m fascinated by what scientific analysis can tell us about works of art and how it can be used to preserve these works for future generations,” she says.