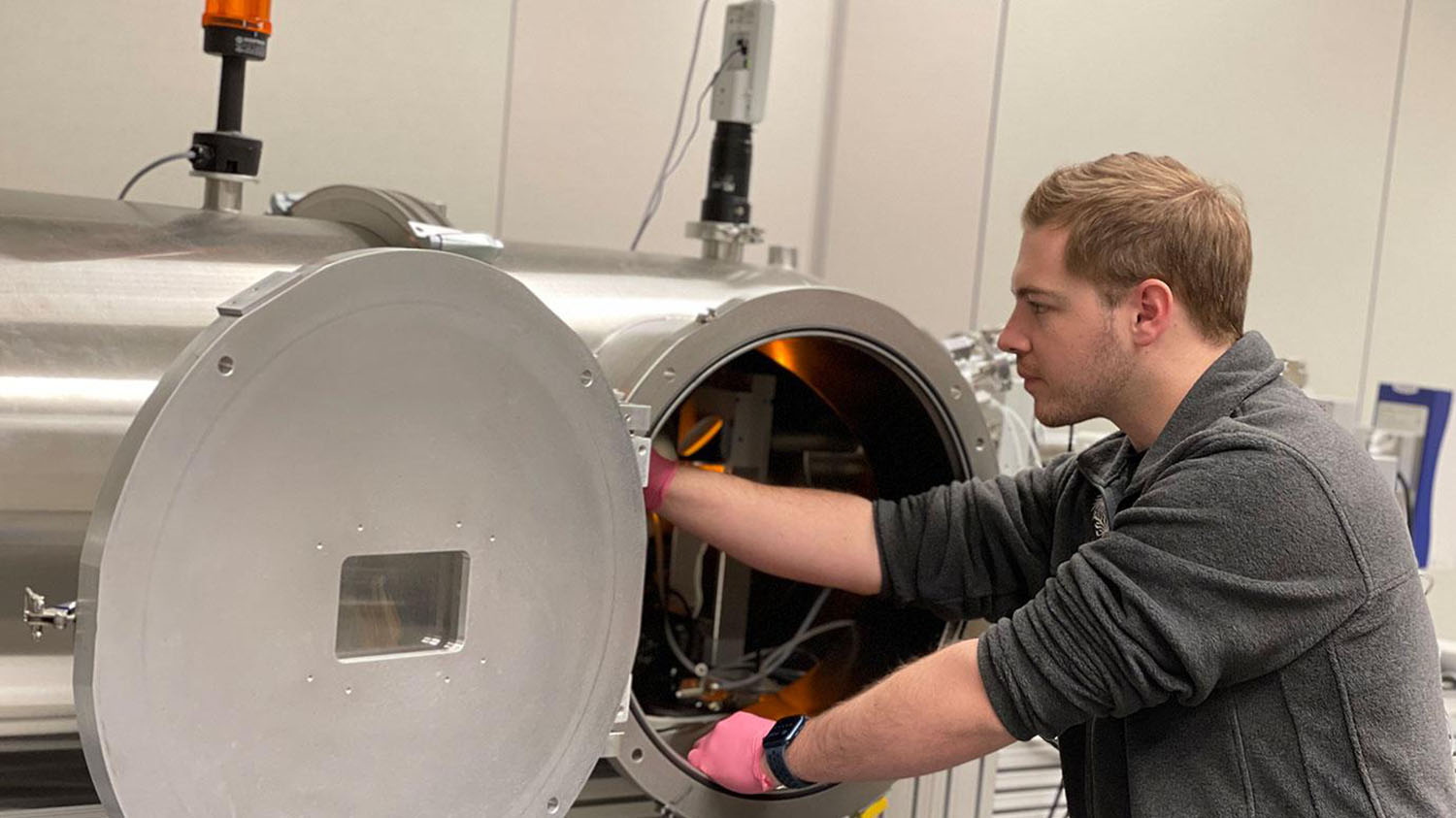 An ovarian cancer breakthrough, the statistics of rare events, nanocrystal communication, and a dark matter detector.

Nanocrystals—with applications in quantum computing, medicine, and electronics—are designed to self-assemble into orderly structures from building blocks suspended in a liquid solution. To reduce random clumping when the growing crystals collide, scientists often coat the crystals’ surfaces with organic strands of molecules akin to hair. But when nanocrystals are then further self-assembled into arrays, or supercrystals, this “hair” interferes with electrons jumping from one nanocrystal to the next, preventing the nanocrystals from talking to each other. In the March 24 issue of Science, UChicago chemist Dmitri Talapin describes a new technique that makes the surface strands less insulating by using inorganic materials that form smaller and more conductive strands. The resulting nanocrystals, which can be packed more closely together, have better electronic communication—vital for advanced technologies.

The most common type of ovarian cancer, often diagnosed at an advanced stage, is also the most aggressive and fatal. Initial treatment usually involves chemotherapy before and after surgery, but the cancer sometimes returns within a few months, having become resistant to the repeated chemotherapy. In a study published in the January 1 issue of Cancer Research, UChicago gynecologic oncologists Ernst Lengyel and Melissa Javellana explored what makes some patients “chemotherapy resistant” by analyzing how chemo affects a tumor’s genetic makeup. The team noted that for chemoresistant patients, treatment consistently increased the activity of a gene family known to promote tumor growth. They treated resistant cell lines with chemotherapy and a drug that inhibits those particular genes and found more cancer cell death than with chemo alone. These findings could lead to new treatments that improve prognoses for patients with ovarian cancer.

“Black swan events” are extremely rare but highly consequential—think of major earthquakes, global pandemics, or tech start-ups soaring to Google-level success. The infrequency of these occurrences makes them difficult to analyze because data about them is so sparse. A mathematical breakthrough, published in the November issue of the Proceedings of the National Academy of Sciences, offers a method to calculate the likelihood of worst- and best-case scenarios. Mathematical biologist Joel Cohen, a visiting scholar in UChicago’s statistics department, began with a simple formula that relates average to variance (how widely numbers diverge from the average) and tweaked it to tease out patterns from spotty data. The ability to better predict rare events and understand risk could help government officials make informed decisions about disaster preparedness or help investors know when to take a chance on a fledgling venture.

Something invisible seems to be exerting gravity on the universe, keeping stars from being flung out of galaxies, but no one knows what it is. Astrophysicists call this mysterious stuff “dark matter” and have proposed several theoretical particles it might be made of. One leading candidate is called an “axion,” a particle thought to be all around us that could convert into light under the right circumstances and may have a broad range of wavelengths, perhaps as long as several football fields or as short as a bacterium. A paper in the March 28 Physical Review Letters describes an axion detector concept designed by a team including UChicago physicist David Miller, AB’05. Called BREAD—Broadband Reflector Experiment for Axion Detection—and designed around a large cylindrical magnet, similar in shape to an MRI machine, the detector would show different wavelengths and frequencies all at once. The group is working on a small proof-of-concept version at Fermilab.