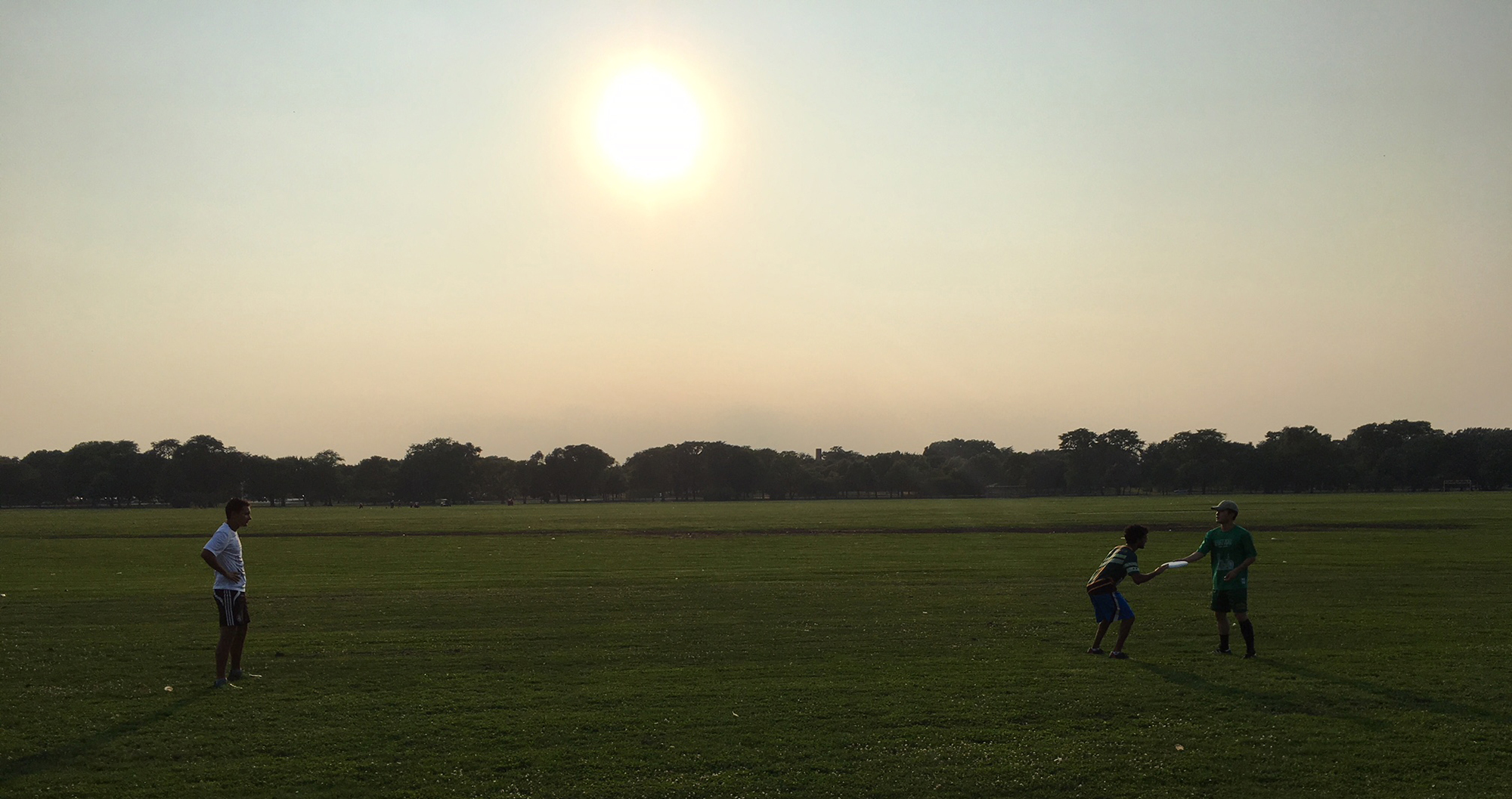 The ultimate guide to UChicago Frisbee

University of Chicago undergrads are a notoriously intellectual bunch. As a third-year biochemistry and chemistry double major, Angel Barragan is no different. But when Barragan’s not in the lab conducting research on antibodies and structural biology, he’s working on his greatest nonacademic passion.

“My one unofficial goal for the next two years is to catch a handblock,” he says.

If you don’t understand Barragan’s reference, fear not. Members of UChicago’s Ultimate Frisbee community use a vernacular that rivals the southwest corner of the quad in indecipherability. Don’t let goofy-sounding terms like conservation of greatness and scoober fool you though. Despite a popular perception of Ultimate as a slacker’s game, the women of Supersnatch and the men of Junk and Hedonism Bots—UChicago’s three Ultimate Frisbee teams—are serious about their sport. (Full disclosure: sometimes, they are serious enough to write online articles about said sport.)

“You work to craft what you want to be,” explains Barragan, who can be found practicing throws and running sprints year-round. Between summer club play, winter tournaments in California, and springtime college playoffs, there’s never an off-season for the College’s Ultimate athletes.

Fourth-year Supersnatch captain Madison Moore has spent her summer packing in as much Frisbee as possible. “I practice Saturday and Sunday for my club team [Chicago Nemesis], and then during the week I just try to make it out to pods when I have time,” she says.

Pods—or impromptu practices—are a near-daily Hyde Park Frisbee staple. They’re opportunities to work on all aspects of one’s game, from the nuances of footwork to the basics of throwing and catching. Anyone can send an email to call a pod, and once the message is out, all are invited to join at Washington Park.

A welcoming atmosphere extends beyond just the field. The different UChicago teams keep in contact with one another through a bevy of messaging apps, group chats, and email lists. Many players also end up moving into apartments together after their first year. For Barragan, who will be living with two teammates starting this fall, UChicago Frisbee’s social culture keeps him excited to play for his school. “Everyone’s really welcoming,” says Barragan. “There’s no one that's standoffish or anything; everyone's working together.”

Competing within Division I has placed unique pressures on the different Maroon squads. With a smaller recruiting class and less indoor training space than its regional rivals, UChicago Frisbee has depended on its veterans to make big plays and seek out the motivated rookies who will one day do the same.

“We’re a pretty mismatched team that has a lot of different weird strengths and weaknesses that we have to work through, ones that other teams might not [have to] if they're from a bigger school or a more athletic school,” says Moore about Supersnatch. “I think it’s fun that we have to come into it with so much creativity.”

Based on the trajectory of the three teams in recent years, it’s clear that creativity has begun to pay off. With growing numbers of Bots players, and best-ever finishes in the Great Lakes Regional Championships for both Junk and Supernatch, it seems that a rising tide has begun to lift all Frisbees.

It’s the type of success that Moore hopes to continue into the upcoming college season: “I am a big believer in personal accountability, and so if people are willing to step up and work hard, I think we could be really, really good.”