Part eight of an ongoing series on campus buildings that never were.

Welcome to another installment of the Paper Campus, in which yours truly searches the University of Chicago Library for hints of the road not taken with respect to the University’s physical structure. Today we’ll look at the University’s first attempt to expand south of the Midway Plaisance.

When Ernest DeWitt Burton became president of the University in 1923, space on campus was getting tight. The faculty had increased in number from 92 to 603; the student body from 510 to 12,745. But the First World War and subsequent inflation had prevented the administration from constructing new buildings for a decade. With postwar inflation under control and a booming US economy, Burton committed the University to a ambitious building program.

One of the first problems to tackle was dormitory space. Only about 5 percent of undergraduates lived in dorms, the rest in fraternities, apartments off campus, rooming houses, or at home. Philadelphia architect Charles Klauder drew up plans for a new quadrangle on a superblock between Ellis, University, 60th, and 61st, effectively closing Greenwood. This plan was scaled back slightly to keep Greenwood open but built over. Klauder showed how the University could start with men’s and women’s dormitories: 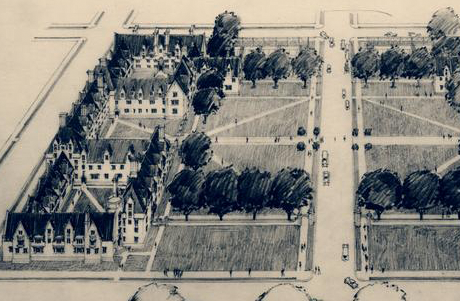 Over time, new buildings would fill in the space: 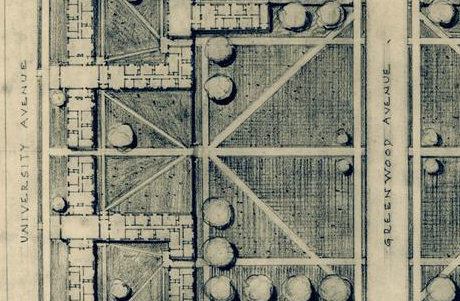 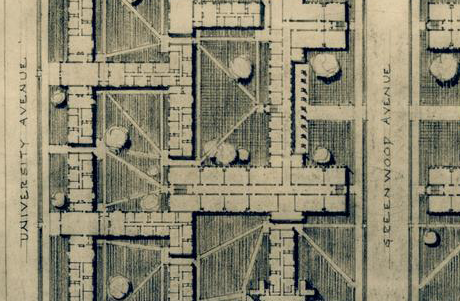 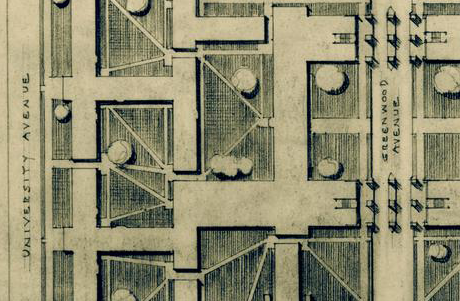 Ultimately, there would be an almost self-contained campus south of 60th Street: 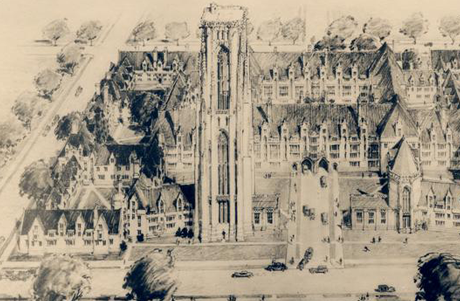 Klauder was replaced by the firm Zantzinger, Borie & Medary, and the plans pared back into something less expensive. Instead of an entire superblock, the University opted to build only the men’s dorm, which became Burton-Judson Courts.

Here are three early drawings as the architects and the University administration hashed out exactly what they wanted. 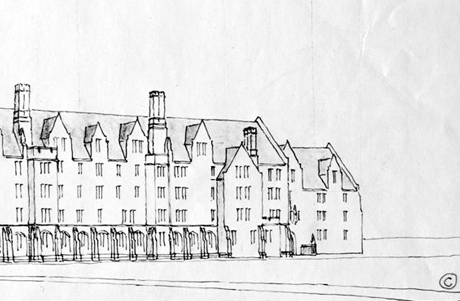 What’s marked here as design “C” is quite close to the final version, down to the chimneys and the placement of the windows.

Design “D” is effectively the same design but with a handsome Gothic tower: 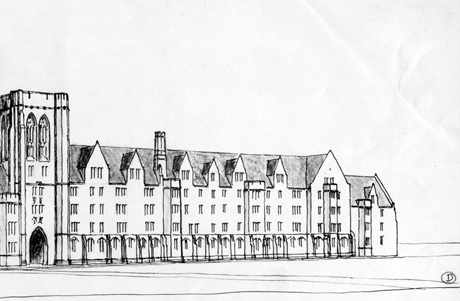 Note that the tower appears to contain a chimney in the corner.

Design “E” has a shorter tower and a separate chimney: 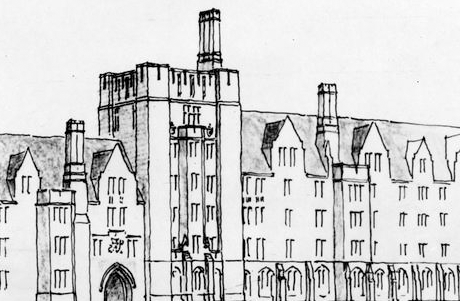 The shorter tower was apparently a winner. Here’s Burton-Judson as built: 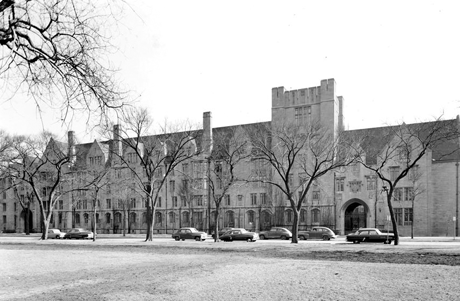 The only major change from Design E above was moving the tower to the corner of Ellis and 60th and adding a second entrance there.

Any grand plans the University had to construct a new women’s dorm south of the Midway to complement the men’s dormitory died with the Great Depression; it was all the University could do to find the funds to finish B-J.

Do you know anything else about these abortive plans for the College complex? Tell us in the comments.

More from the Paper Campus series: