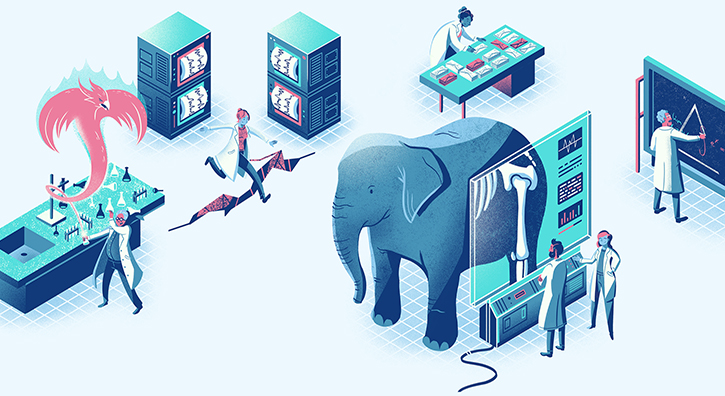 Clichés I have known and loved

A lexicographer’s favorite clichés (before he grew to hate them).

Many clichés are “really very clever and original,” writes lexicographer Orin Hargraves, AB’77, in It’s Been Said Before: A Guide to the Use and Abuse of Clichés (Oxford University Press, 2014). It’s only through overuse that they become so annoying.

Asked for a list of his ex-favorites—clichés he liked at first but that now grate—Hargraves supplied these.

The image conveyed in this one is vivid and realistic—but now a bit tired, having been around for more than half a century. It’s hard to argue that you need six syllables when one—like you find in the word “quick”—will do.

This cliché seems to have crept into use from military slang. Calculus is a great conjuring word because most people never studied it—particularly the people who use this cliché.

The elephant in the room

Huge credit to whoever coined this cliché because of the aptness of its image. Today, however, it is so frequently used it can’t really be made fresh. Except by perhaps putting an actual elephant in a room.

Seismic is a relatively new word in English, only mid-19th century, and it has plenty of literal work to do in relation to earthquakes and tectonic plates, without being called out for overtime in this tired cliché. If you want to make it even worse you can say, “a seismic shift in the political landscape.”

Rise phoenix-like from the ashes

I have to include this one for the sake of the University’s emblem, and I don’t really mind it so much if the user omits “phoenix-like,” because we already know that. What else would rise from ashes?