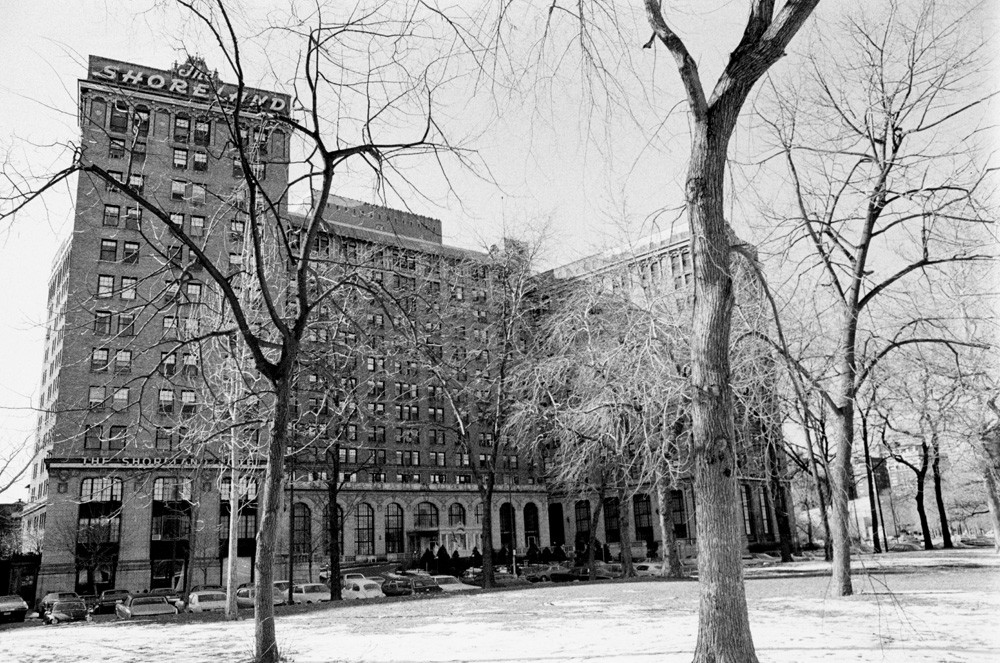 In addition to acting in movies, television shows, and theater, Chicago-native-turned-New-Yorker Matilda “Mattie” Szydagis, AB’95, writes and produces short horror films. The first two of a trilogy in progress—one of which she directed and one in which she stars—have won film festival awards, including best short, audience choice, and best actor. The Hoosac (2016) is a ghost story inspired by an 1867 tunnel explosion in Massachusetts, while The Ruins (2017) focuses on a New York City psychiatrist who turns to nature to deal with her post-traumatic stress disorder but finds horror instead.

Where on the UChicago campus would you set a horror film?

I was lucky enough to live in the Shoreland all four years, and I never had a doubt that place was haunted. With its dilapidated, closed-off main ballroom echoing of past trysts and its overall Shining-esque feel, I always felt the vibe there was tinged with ghosts. When I was an O aide, every year I had everyone watch The Shining [1980] as a welcome to the Shoreland.

What is your favorite horror movie set in Chicago?

John Carpenter’s Halloween [1978] is the perfect horror film. Everything about it makes me giddy, and I watch it every year. It’s set in the fictional town of Haddonfield, Illinois, but was filmed in California. If you look closely, you can see palm trees. If I had to pick a for-real Chicago setting, I would have to go with Candyman [1992]. Cabrini Green was no joke.

How did you get interested in making horror films?

I grew up on the hysterical Son of Svengoolie, watching Svengoolie [Rich Koz] host Abbott and Costello Meet the Mummy [1955], Bela Lugosi’s Dracula [1931], Nosferatu [1922], Frankenstein [1931], Godzilla [1954], It Came from Outer Space [1953]—a variety of classic horror and science fiction films. In grammar school I was an avid reader of the Dark Forces and Twilight: Where Darkness Begins series, and, as I got older, John Saul and Stephen King. I loved watching The Twilight Zone. Some of those episodes still haunt me today. The TV show Tales from the Darkside was a favorite—and of course The X-Files—and horror films from the ’70s and ’80s.

How is your degree in anthropology related to your interest in horror?

I was thinking of going to grad school with a concentration in Eastern European folklore, which is immersed in a variety of vampire stories, including Dracula; witches, the most famous being Baba Jaga; and a general sense of dread and spirituality connected to the dead. One of the books I read was called The Wedding of the Dead: Ritual, Poetics, and Popular Culture in Transylvania. To this day I’ve never forgotten the detail of how you were supposed to carry the dead out of the house feet first. If carried out head first, their spirit would stay in the house and haunt it forever.

What are your Halloween traditions?

As a kid I would start talking about my costume in July, and my mom would threaten that if I didn’t stop, she wouldn’t let me go trick-or-treating. Halloweens in Chicago are the best: that warm fall air—unless, of course, it was snowing—thick with the smells of decaying foliage and, in my case as a kid from Marquette Park, the scent of cookies wafting in from the Nabisco factory, dogs barking a block over as dusk settled in, trying to avoid the kids with eggs and shaving cream. My cousin, Elena Tuskenis [AB’94] and I would go all out with our costumes.

I even went trick-or-treating in Hyde Park my first year at U of C with a handful of people from Shoreland’s Compton House. My roommate Savannah “Annah” Gregory [AB’95] and I also started throwing annual Halloween parties in our dorm room. We had dry ice in the punch to make it look like a witch’s brew, a DJ, and wall-to-wall people in costumes. Our parties were off the hook. I think we single-handedly moved U of C up to 298 on the list of top 300 party schools.

For upcoming screening dates and information on Szydagis’s films, visit www.facebook.com/yourteamfilms. You can also find her on Amazon’s new show The Marvelous Mrs. Maisel, out November 29, 2017.