The light that pierces the universe in one part sheds more resplendence—elsewhere less. Colored glass windows gently diffuse the morning light, swathing the stacks of books in a muted green aura. Over ten million paper- and clothbound volumes covering the academic gamut—from Leo Strauss’s reflections on Moses Mendelssohn to the 16th edition of the Chicago Manual of Style—fill hundreds of shelves soaring, not unlike a certain tower, to the rafters above. And through the aisles between the stacks a forklift affectionately dubbed, “The Beast," deftly roves. No, this is not the Reg. This is the heart of Chicago’s historic Pullman District, at the UC Press’s Chicago Distribution Center, where I tagged along on a staff tour. 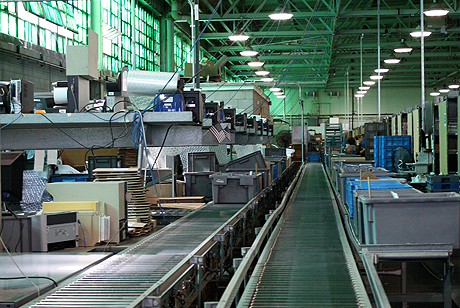 The University of Chicago Press is the largest academic press in America (Oxford and Cambridge both have the edge across the pond). It publishes about 260 new academic works in addition to around 50 journals every year. It also operates the behemoth Chicago Distribution Center, a book storage and distribution facility that services more than 100 other not-for-profit presses across the country. The center on 110th Street was built in 1966 as a warehouse for the books, a way to fulfill orders to retailers and keep track of royalties and accounts receivable. Yet 25 years ago, under the leadership of then director Don Collins, the center began to do work for other not-for-profit presses. Says current press director Garrett Kiely, “We’re a key cog within the entire university press publishing system.” 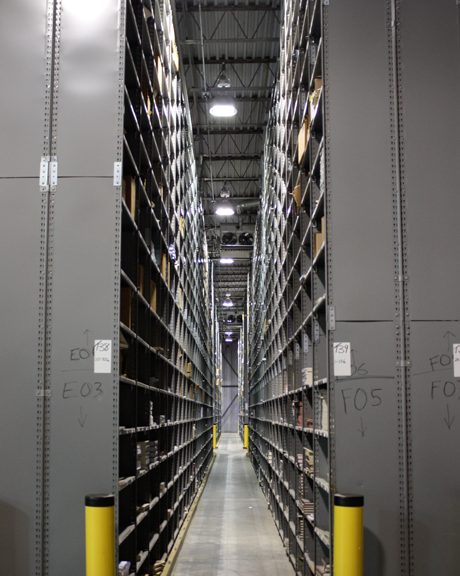 The warehouse—three sprawling structures packed wall-to-wall with industrial shelving—holds about 30,000 separate titles, a small portion of which is positioned for short-order picking. That means they are the ones most likely to be ordered at any given time and are therefore kept closest to the packing and shipping section. Distribution services coordinator Sue Tranchita recalls an incident when an author toured the facilities, only to discover to his dismay that his book was not in the short-order room. Authors are no longer invited inside the warehouse. The returns center processes more than 4,500 returned books every day. Mostly these are from major retailers who ordered more than could be sold. As it happens, a major bane for presses is that retailers are entitled to their money back for the books they return. That means if Barnes and Noble thinks it can sell 10,000 copies of Views of the Cordilleras and Monuments of the Indigenous People of the Americas, but the niche is smaller than anticipated, they can return their extra copies and the press has to eat the cost. Other books are returned individually as damaged. Look for a red dot on the spine of a used book you’ve purchased. If you’re anything like me and have spent far too much time and money at Powell’s, you’re bound to find one. This practice was begun by the UC Press as a way to make sure the same book was not returned twice as damaged. That trick has only been tried once or twice since. Books deemed too damaged to be resold or donated ... well these are tossed in a bin labeled “Pulping.” I could not bring myself to ask what that meant. 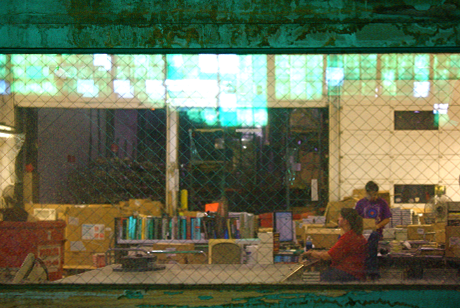 Passing through the return center we came to the larger, darker, taller part of the warehouse that I will call the “graveyard,” but I assure you the center’s jargon is even less flattering. This is where that disgruntled scholar discovered his neglected brainchild. The majority of volumes are kept here, a Lethean crossing from the conveyer belt where the elect return to the light to be sent for inspection, packing, and shipping. Stepping into the only air-conditioned room in the facilities, I entered a holy place. The constant deafening hum produced by the machines in this room lent everything a pristine silence. The short-run digital press—operated by Edwards Brothers, a third-party contractor—printed about 250,000 books last year, though action in that room seemed to have slowed to a more literary lethargy. Seeing the printing, cutting, and binding of this bibliogony somehow took the edge off the lingering thought of pulping. But I quickly exited, compelled by what can only be some sort of modesty. And there was left I, witness of things, which to relate again surpasses the undergraduate’s power.
Arts & Humanities
Reading