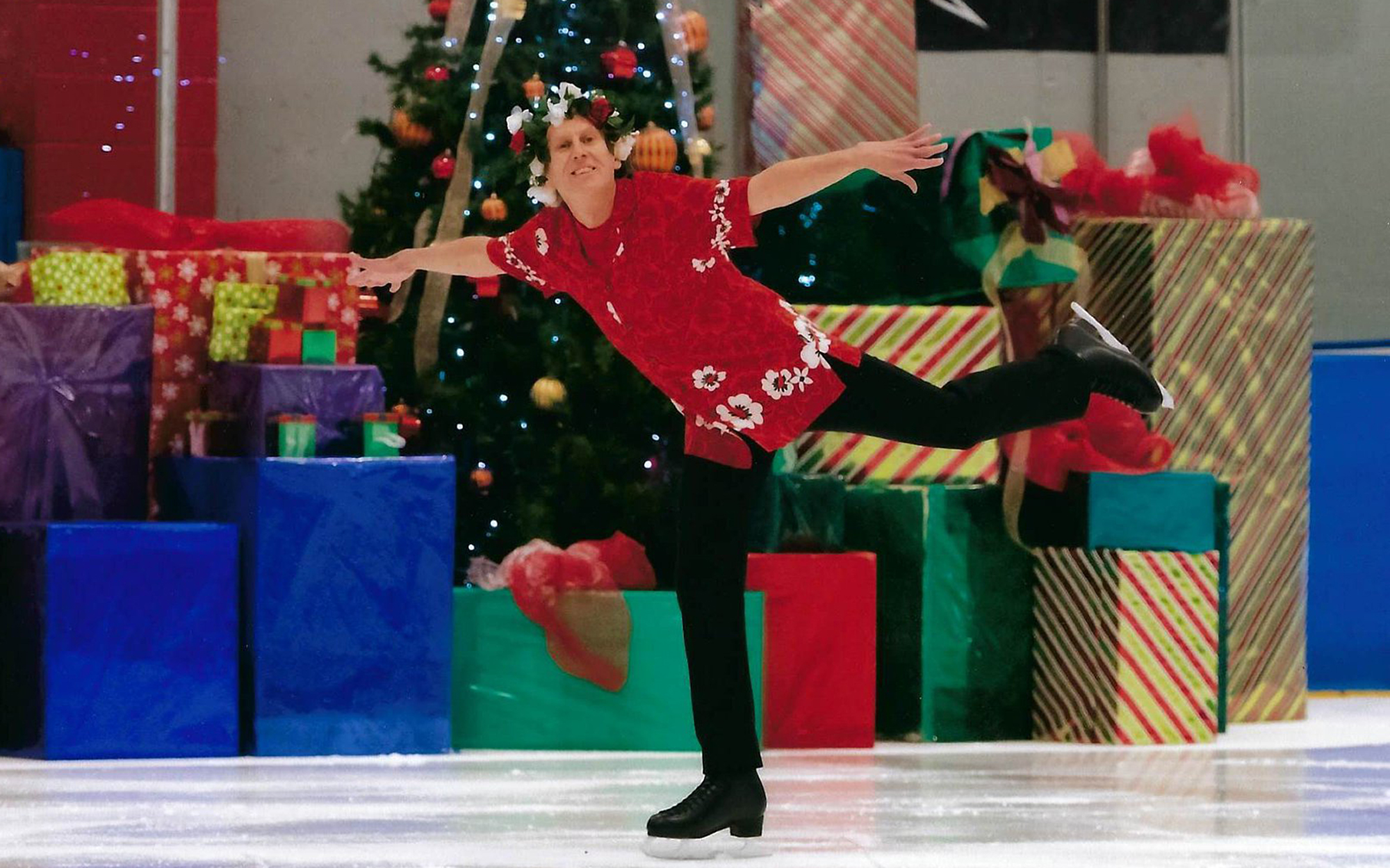 Finding a new passion at age 59, or my journey to become a competitive adult figure skater.

It is never too late to discover a new passion.

Just shy of my 59th birthday, in 2014, I posted on Facebook that I had decided—with no prior experience on the ice—to pursue the crazy dream of becoming a competitive adult figure skater. Unintentionally, I made this pronouncement on April 1, so most people chuckled and posted comments like “yeah right, April fools” or “that’s too funny.”

So how did I get to this decision?

I had always enjoyed watching sports. I spent most of my final MBA quarter in the $2 Wrigley Field bleacher seats, becoming a lifelong Cubs fan. Another one of my favorite sports to watch is figure skating. I love its unique combination of artistic beauty and pure athleticism. After retiring from a 31-year career at IBM, I decided to start attending live competitions instead of watching on television.

In January 2010 I traveled to my first string of 10 consecutive US Figure Skating National Championships. In 2013 and 2014, I won the US Figure Skating’s Champs Camp charity auction and got to attend the organization’s late summer training camp, where I started building friendships with some of the nation’s best skating athletes and coaches.

Watching the 2014 Winter Olympics proved to be a tipping point. “These skaters look like they are getting so much joy flying across the ice and performing,” I thought. “I need to get off my couch and do this myself.” When I discovered Dorothy Hamill’s Figure Skating Fantasy Camp for adults, I knew it was time to start.

I found a local rink with a pro shop run by two former competitive pairs skaters, who fitted me with skates and blades. They also recommended a coach who would not mind teaching an “old man” from scratch. They connected me with Paula McKinley, who is still my head coach.

My first time on the ice was a rude awakening. I thought I could just jump on and start gracefully gliding around. Instead, I discovered that this was 100 times more difficult than it looked, and I was going to have to build basic skills slowly and patiently. I started with simple two-foot gliding—slowly.

By the third lesson I could glide on one foot. It took about six weeks to start skating backward. I still remember pushing myself off the rink barrier, willing myself to go backward, and after a few more weeks I could do it. It took almost a full year to master the basic skills of turning from forward to backward, spiraling, spinning, and doing a simple half-revolution waltz jump.

In a new venture, having a good coach or mentor is so important. Paula has that perfect combination of pushing me to do better and correcting my errors, yet praising and affirming me when I work hard to learn a new skill and perform well. She taught me enough of the basics to be able to attend Dorothy Hamill’s camp that fall, where I met several other adult skaters.

I also made two major discoveries.

First, I found a tight community of supportive peers. The adult skating community is a strong one that welcomes newcomers and supports each other along the journey. We are an eclectic group doing something many people think only children and young adults do. (Check out US Figure Skating’s Adult Skating Program.)

Second, I found that this is indeed what I was destined to do. The camp ended with our group putting on a little show for the local community, and I found great joy in performing and hamming it up in front of a crowd. I had not really acted since high school drama club but found I still have that performer personality.

That Christmas I played the role of Clara’s father in my hometown rink’s annual performance of Nutcracker on Ice, with my coach skating as Clara’s mother. My parents, who were then in their mid-80s, attended, sitting aside all the other parents in their 20s and 30s watching their kids perform. My father found it so funny seeing me hobble onto the ice on skates, he couldn’t stop laughing.

I entered my first competition the next summer, and as the only adult male competitor, I was in a group of one and won the gold medal. Still, I was pleased that I performed all of my elements correctly in front of spectators and a panel of judges. I was the fan favorite, with several children bringing me flowers and cheering wildly during the medals ceremony.

Journeys like this are not without perils and setbacks. In my third year, I had a very bad fall and fractured my hip. Many thought that would be the end of skating for me, but I was not going to let the accident derail my newfound love. After eight weeks on crutches, I was back on the ice in November. My coach predicted that it might be three months before I was up to form and that I would be unable to skate in that year’s Christmas program. I was determined to prove her wrong, and after two weeks I was strong enough to start rehearsing for Nutcracker on Ice.

Another setback came when I took a series of tests to advance to a new level. Two of the three judges gave me barely passing scores with a balanced analysis of what I did well and what I needed to improve. The third judge was totally harsh, implying I was a terrible skater who should just quit. It made me both angry and sad, but I needed to lay it aside and appreciate the affirmations.

I remember when a different judge remarked after a competition that I was a joy to watch and that people like me keep her continuing to judge adult competitions. In 2017, when I did my “Mele Kalikimaka” holiday number prior to Nutcracker on Ice, one woman told me that my program alone was worth the price of admission.

I continue to attend skating camps and competitions, and now compete at the East Coast Adult Sectional Championships. At my fourth, in 2020, before the pandemic shut things down, I won my first sectionals gold medal.

It indeed takes a village. I have a team of coaches, in addition to Paula, with complementary skills who help me grow and improve each day. Her son is helping me learn ice dance and a third coach works with me on jump and spin technique.

This does take hard work and dedication. At skating camps, many call me the hardest worker, since doing this in my 60s is more challenging than if I were 30 or 40. But it is also so rewarding. I am in the best physical shape of my life. And winning a gold medal at a major competition recently by beating a more athletic man half my age was the cherry on top.

Just this May I passed the final qualifying test to compete at the US Adult National Championships in 2022 at the age of 66. I can’t wait.

Stan C. Kimer, MBA’79, founded Total Engagement Consulting by Kimer, a diversity and career development consultancy, after a 31-year career at IBM. You can watch him skate at the Stan Kimer YouTube channel, and you can learn more about his skating and his company at totalengagementconsulting.com.