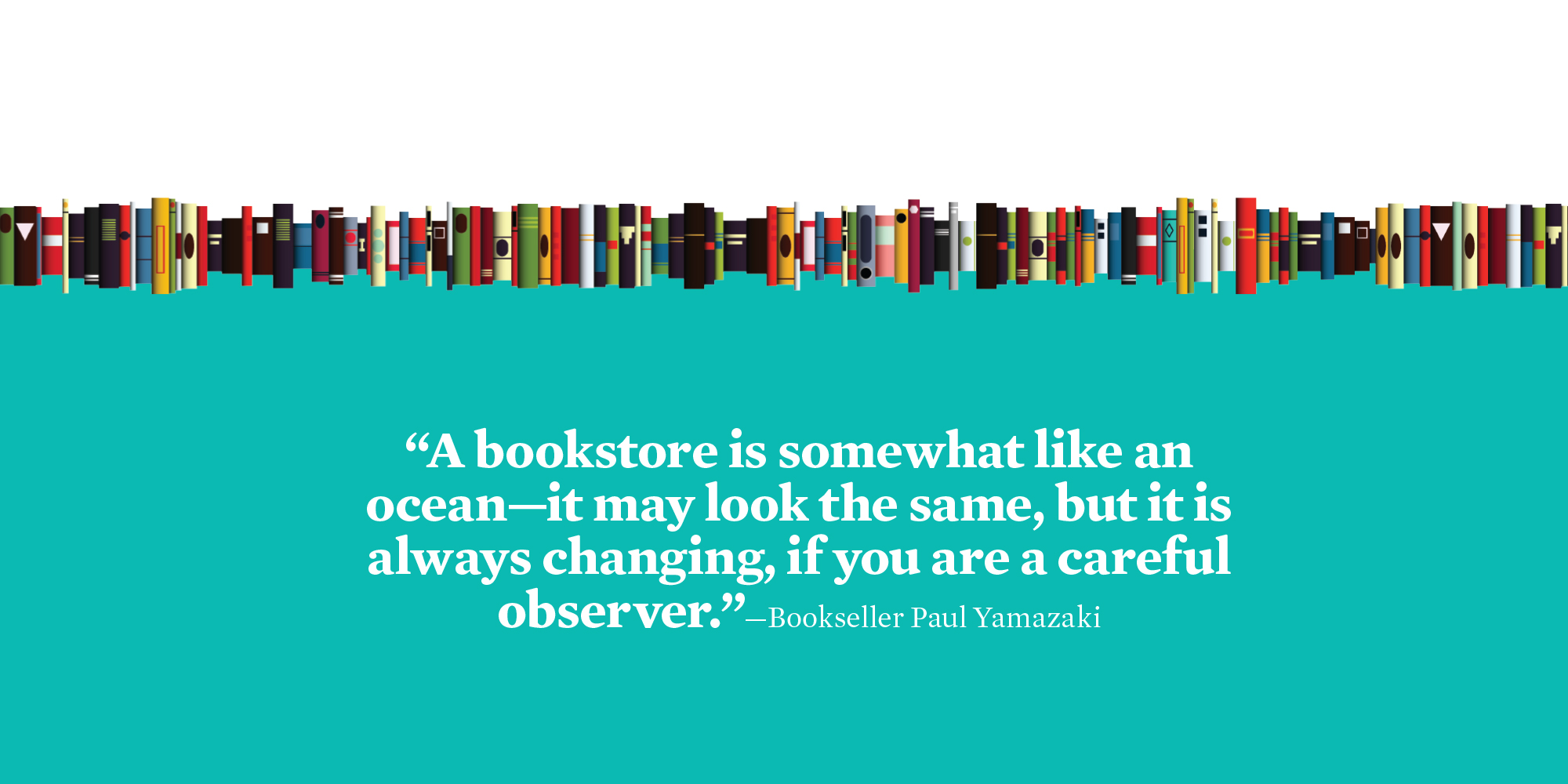 By
Author
Jeff Deutsch
|
The University of Chicago Magazine
—
Spring/22

In April Princeton University Press published In Praise of Good Bookstores by Seminary Co-op Bookstores director Jeff Deutsch. Part manifesto, part love letter to his profession, the book is a natural successor to the store’s transition to a not-for-profit corporation in 2019. That decision, spearheaded by Deutsch, was made to ensure the store’s survival, but it also served to redefine what the best bookstores are: a precious cultural institution whose chief “product” is the book-browsing experience.

To read Deutsch’s book is, aptly, to cross the paths of dozens of writers and booksellers who had something to say about, in Deutsch’s coinage, “the bookish landscape.” A few of their—and his—bibliophilic observations are offered here for your browsing pleasure.—Laura Demanski, AM’94

From Chapter One: Space

In his history of reading, Alberto Manguel, an exemplary reader and supremely bookish writer, tells of Abdul Kassem Ismael, the tenth-century grand vizier of Persia, and his 400 camels that carried his collection of 117,000 books when he traveled. Through a dexterous feat of herd indexing, he trained the camels to walk in alphabetical order, lest his collection succumb to the tyrant of chance.

“It happens to us once or twice in a lifetime to be drunk with some book which probably has some extraordinary relative power to intoxicate us and none other; and having exhausted that cup of enchantment we go groping in libraries all our years afterwards in the hope of being in paradise again.”—Ralph Waldo Emerson

The business model has failed us, not we it. We need to build a model that supports a vast, slow-selling inventory of books—just books—deliberately assembled to provide even the most world-weary reader with a browse that surprises and delights.

We are aware that some of our customers might want help or a kindly greeting from a bookseller, but just as many will insist on a certain decorum whereby we disturb the bookstore code of silence only after an invite from the patron. While those who need help deserve the same swift, knowing, and affable engagement they might expect to receive across any other service counter … the bookseller must recognize that it is the company of books, more than the company of booksellers, that brings readers into the shop, at least at first.

The sort of focus required of the browser also facilitates a quieting of obstreperous emotions and thoughts; anxiety, self-satisfaction, regret, and insecurity, for instance, are exposed as ephemeral and overwhelmingly illusory.

The aspiration of the bookseller is to provide the conditions, by the power of the good bookstore, to slow the reader down that they might behold a more capacious vision of the possible.