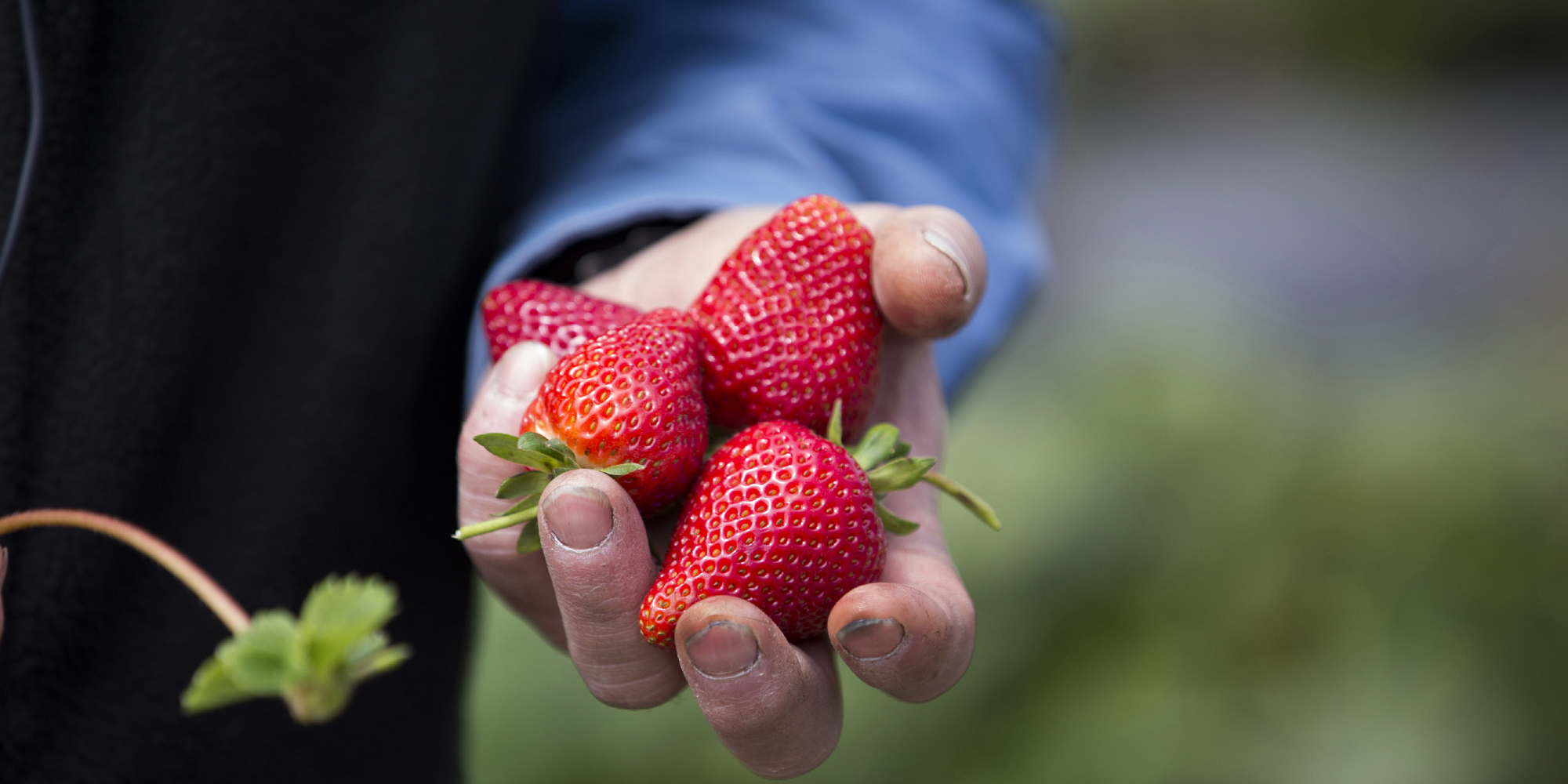 Legal proceedings in the strawberry business—and there are more of them than you’d expect—tend to resemble celebrity divorces, with both sides throwing around accusations of treachery and neither one looking good in the end.

In May 2017 Judge Vince Chhabria, fed up with two industry players that had spent years sparring over the ownership of several strawberry varieties, issued an exasperated rebuke. “Both sides profess to care a great deal about strawberries,” he said. But if their concerns were genuine, he went on, they would “figure out a way ... to avoid subjecting them to this custody battle.” No luck there: by March 2019 strawberries—a $3 billion annual enterprise—were back in court once again, with Driscoll’s, the biggest name in the berry game, suing a competitor for patent infringement.

Herbert Baum, AM’51, PhD’06, is a veteran of the strawberry wars but, at 93, no longer on the front lines. These days, he’s mostly an observer of the crop that was his livelihood for nearly four decades—as CEO of Naturipe Berry Growers and later as two-term chair of the California Strawberry Commission, a state government agency.

Still, Baum hasn’t retired from having strong opinions. The strawberry world splinters into two loose camps—berry behemoth Driscoll’s and everybody else. As a former Naturipe executive, Baum tends to side with Team Everybody Else. (Of course, when it comes to strawberries, the enemy of your enemy is occasionally your friend: Driscoll’s and its chief rival in strawberry breeding, the University of California, have each sued their mutual competitor, California Berry Cultivars, for patent infringement.) But he won’t disparage their product: “I regret to say it, but Driscoll’s still has a monopoly on flavor and frequently a monopoly on appearance.”

If anyone has the right to make bold declarations about fruit, it’s Baum, whose family has been in the produce industry for four generations. But when he enrolled at Ohio State University, his interests pulled him away from agriculture and toward economics. Initially Baum planned to study the relationship between the economy and the labor movement, but soon, “I became intrigued just with the subject alone.”

In part, that’s what drew him to the University of Chicago for his graduate work—then, as now, it was seen as the best place to study pure economics. (Baum was also a longtime fan of the University, thanks to an alumna aunt, Minnette Baum, PhB 1911, and his admiration for Robert Maynard Hutchins and Mortimer Adler’s great books program.)

Baum had finished all the coursework for his PhD when he moved to Washington, DC, to work for the Office of Price Stabilization. After a few years he headed west and took his first job in the California produce business. By 1958 he’d started at Naturipe, then a grower-owned cooperative.

He had plenty to occupy him—at the time, berries were in a slump, due to overproduction and plant disease—but occasionally felt a pang about his uncompleted doctorate. During his time at Naturipe, he accumulated records and materials he thought might be useful later. “I had file boxes full of stuff,” Baum recalls. “Because I always knew I wanted to do this. I wanted to complete my doctorate, and I wanted to write a serious study about the industry and how it developed.”

He met both goals when he independently published Quest for the Perfect Strawberry: A Case Study of the California Strawberry Commission and the Strawberry Industry: A Descriptive Model for Marketing Order Evaluation (2005), an excerpt of which became his PhD thesis.

At his 2006 dissertation defense, Baum arrived with a crate of strawberries (Driscoll’s, alas—he couldn’t find Naturipe) and faced a murderers’ row of economists: his committee included the late Milton Friedman, AM’33, and Gary Becker, AM’53, PhD’55, along with Roger Myerson, the David L. Pearson Distinguished Service Professor of Global Conflict Studies at The Pearson Institute for the Study and Resolution of Global Conflicts in the Harris School of Public Policy and in the Griffin Department of Economics.

The group was convened by James Heckman, the Henry Schultz Distinguished Service Professor in Economics, who was supportive of Baum’s work and said his thesis was “in the best tradition of empirical price theory at Chicago” and “a serious piece of research on a major agricultural industry.” The all-Nobelist committee accepted Baum’s dissertation; at 79, he was, at that time, the oldest person to be awarded a doctorate by the University.

In Quest for the Perfect Strawberry, which he believes is the definitive history of the California strawberry business, Baum recounts the many changes that helped make the industry the valuable (and litigious) one it is today.

These include innovations in packaging—the plastic clamshells familiar to many consumers today were introduced by Driscoll’s in the ’90s—and a revolution in how prices are negotiated. Traditionally individual strawberry producers established prices on a daily basis; today they often enter into contracts with retailers, setting prices and volumes in advance. Environmental concerns loom larger than ever before too: growers can no longer use certain chemicals that were their go-tos for years, and climate change threatens important growing regions.

While the majority of California strawberries are public varieties, which anyone can purchase and grow, proprietary varieties—those developed, owned, and cultivated exclusively by private companies and their approved growers—are increasing in dominance. In the early 2010s, it looked to some insiders like the University of California, the primary producer of public strawberry varieties, was on the verge of ending its breeding program. It would have been a disaster for independent growers; Baum and others agitated behind the scenes to prevent that berry apocalypse. (According to his industry sources, things are back on track, and in July 2019, the University of California released five new public varieties. One, the “Royal Royce,” is named for a hero and mentor of Baum’s, the late UC Davis pomologist Royce Bringhurst.)

Undergirding many of these changes is the gradual consolidation of the strawberry industry. Small independent farmers operating with funds from their local bank or credit union are all but gone. Today’s growers, Baum says, “are almost 100 percent financed and controlled” by large companies—like Driscoll’s, Naturipe, and jam giant Smucker’s. This is a broader trend in agribusiness, and he is not a fan: monopolization of any industry, he argues, will lead to higher prices for everyone.

Despite these concerns, Baum has not soured on the sweet fruit that is his life’s work. “Sometimes they taste better than others,” he says, but “we love strawberries.”