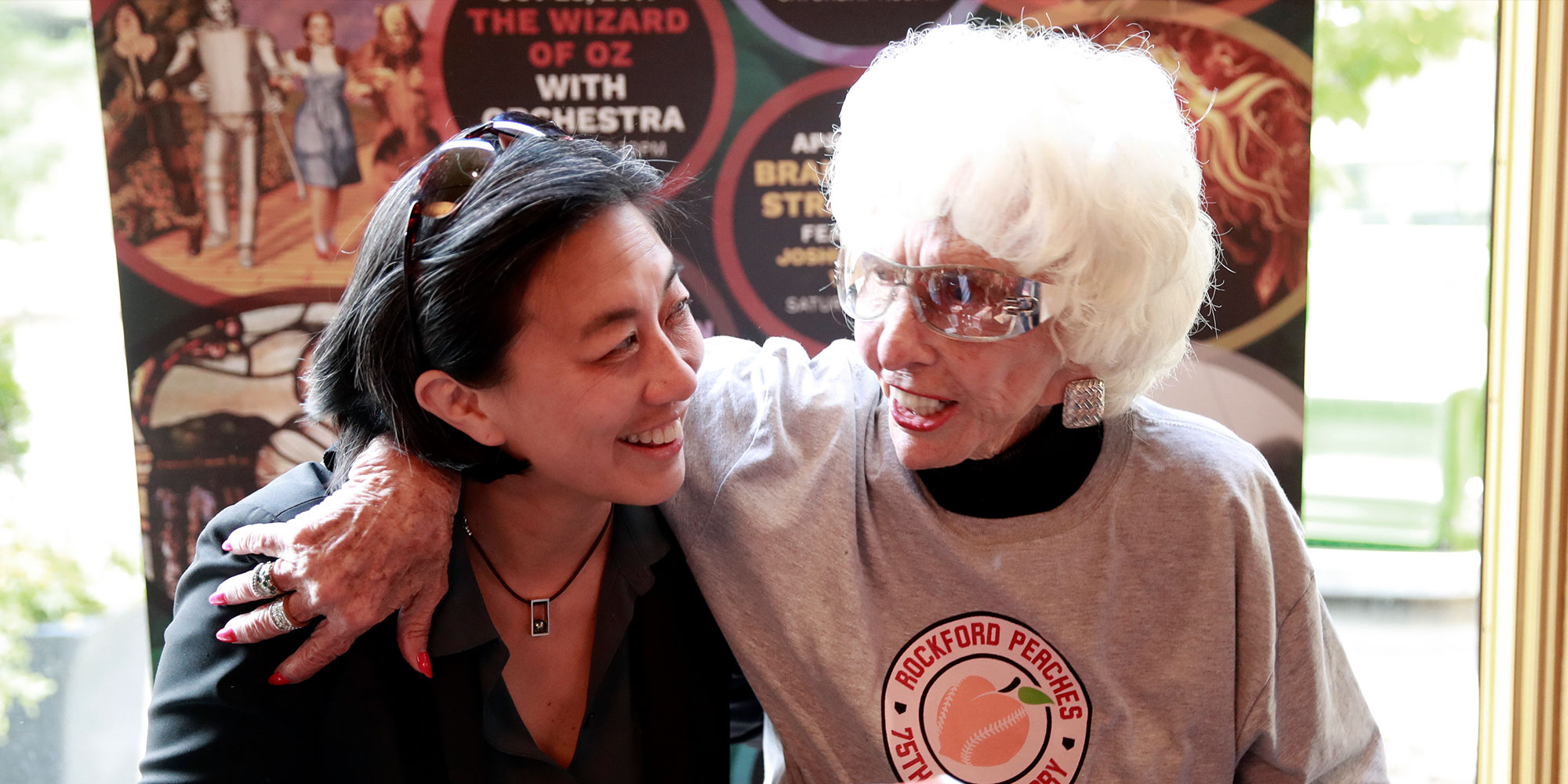 When Kim Ng, AB’90, started working for the Chicago White Sox in 1990, entering statistical information about players into a computer was a labor-intensive process and “still a bit of a novelty,” she says. She knew analytics would be a part of baseball’s future, “but I didn’t quite understand how the smallest piece of data was going to factor into decisions at game time and on the talent-evaluation level.”

Ng was both a witness to and participant in the game’s data revolution, using analytics to inform scouting and contract negotiations as she rose from White Sox intern to assistant general manager of the Yankees and the Dodgers.

Her career has been quietly revolutionary in other ways too. As senior vice president for baseball operations, Ng is the highest-ranking woman in Major League Baseball. She’s been in contention for several general manager positions and would, if hired, be the first female GM in baseball history.

Ng isn’t holding her breath. With only 30 available positions and scant openings each year, any one person has a low chance of becoming a GM. “Those odds are not real good, are they?” she says.

Though she’s ambivalent about the first woman GM speculation that shadows her, Ng is open about discussing her experience as a woman in sports. A softball standout and public policy major at UChicago, she wrote her senior thesis on Title IX, the law protecting people from discrimination based on sex in federally funded education programs. “I wanted to do it on a topic that I was passionate about,” she says. That piece of legislation, and the women’s movement in general, “explained why I had a lot of the opportunities that I did, and how much work we still had to do.”

In comments edited and condensed below, Ng told the Magazine about the downsides of being a GM, her approach to scouting, and how watching baseball changes when you work in the industry.

What made you first fall in love with baseball?

My dad was a big sports nut, so I grew up playing and watching a lot of different sports. I lived in Queens until I was 12. The Mets were right there, but I was actually a big Yankees fan, because in the late ’70s, the Yankees were such a great team. I grew up with all the greats—Thurman Munson, Ron Guidry, Reggie Jackson. I think the pace of the game and the nuance of the game were the things that really drew me to it.

Are you able to relax and enjoy watching a game, or does it always feel like work?

Now that I’m with MLB, I can relax a bit. When you’re with a club, you are so focused on what your team needs to do, what your division rivals are doing, who’s on the trading block, and who’s going to be a free agent, that you’re locked in.

It was fun when the team was winning. That’s always fun.

What happens to your childhood fandom when you work in the industry?

We all grew up with our favorite teams. I think it does dissipate. As I’ve been in this industry longer and longer, I tend to root for people—the friends, the colleagues. You root for great players or up-and-coming players, a player you saw something in or a player you might have scouted. Your love is not necessarily tied to your childhood team as much as it is to the people you grew up with in the industry.

You’ve worked in scouting and player development. How do you balance statistics and an intuitive sense of the player?

It’s an interesting time in our game. I think you’re seeing that decisions that have been made leaning way heavily toward numbers don’t always work out either.

I really try to look at both. I think it depends on what area you’re looking at. Game decisions are very different than signing free agents. With game decisions, you have a lot more data that you can go on because of sample size. How many pitches does a player see over the course of a season? A ton.

Does the speculation about whether you will be the first female GM bother you?

Yeah. I’m not sure if anybody asks the guys that. The idea that this is all sitting on my shoulders—it’s a lot of pressure. It’s hard. But I think someone’s going to have to do it.

At the end of the day, if this doesn’t happen, I’m not going to see it as, “My career was a failure.” That might be other peoples’ take, but that’s not mine. I know how hard it is. I know about all the guys who didn’t even get an interview who probably should have had an interview. I’ve been very fortunate. I’ve worked extraordinarily hard to get where I am. If I don’t end up becoming a general manager, that’s just the luck of the draw. I’ve had a great career regardless.

Leaving aside the question of gender, do you want to be a general manager? Does the job itself appeal to you?

It does. It does. In becoming a general manager, I think the one thing that you have to know, though, is that you’re never walking into a great situation. Either they finished last, or they made it to the playoffs and it just wasn’t far enough, or their payroll is through the roof and their farm system is depleted, or there are lots of difficulties surrounding their personnel. The issues go on and on. It is the ultimate challenge in this industry.

Everything else in your life gets put on hold for the length of your contract. It’s all-consuming, especially now. The job has changed so much, with the internet and the information available to you. Social media has changed it quite a bit. Everyone has their opinions about the job you’re doing.

I just gave a speech to some kids, and I was trying to explain to them the concept of a general manager. I said, “When your team loses the World Series, that’s the first person you’re going to blame.” But it would be a great honor and a tremendous challenge.

Major league fields are notorious for their lack of uniformity. Do you feel there should be greater uniformity in ballparks, or do you like the quirkiness we have now?

I do like the quirkiness. That’s my own personal opinion. It’s fun when you’re thinking about constructing a team, how to build a team around your park’s quirkiness—but knowing full well the market may dictate that you can’t build your team the way you want and you’re going to have to live with it.

Do you have any opinions about the eternal debate over pace of play?

[laughs] I do have opinions about that, but they’d have to be off the record.