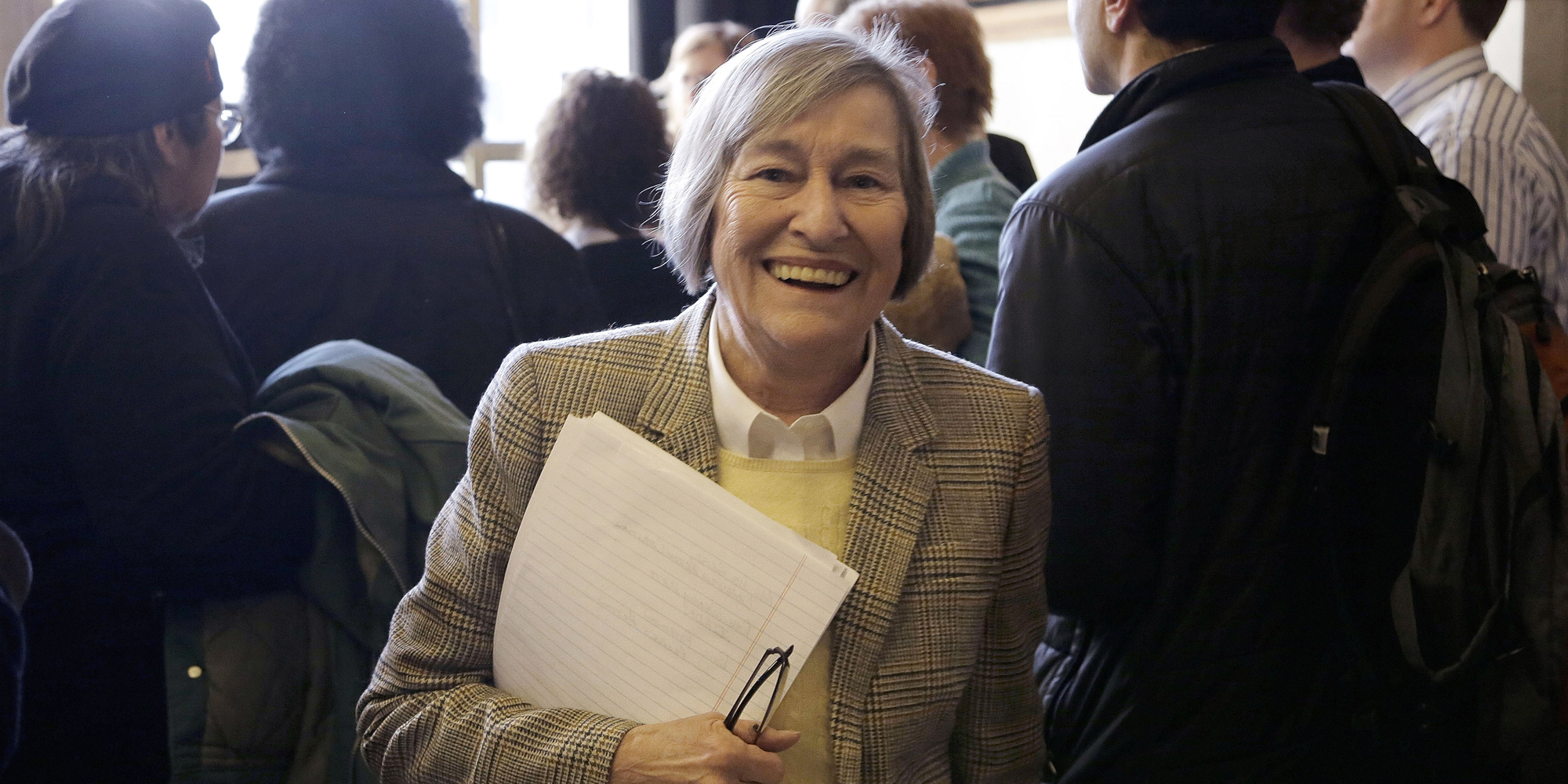 After 40 years representing Hyde Park’s district in the Illinois House, a veteran lawmaker steps aside

By
Author
Jeanie Chung
|
The University of Chicago Magazine
—
Summer/19

If a single day could be said to have spanned the spectrum of Barbara Flynn Currie’s experience as an elected official, it might have been December 15, 2008. At 10 a.m., as a member of the Electoral College, she cast her ballot for Barack Obama, who once served alongside her in the Illinois legislature. Two hours later she announced an impeachment investigation into then-governor Rod Blagojevich by an Illinois House panel, which she would lead. (He was later removed from office and convicted on federal corruption charges.)

“It was the high and the low,” she says.

During her 40 years in the Illinois House of Representatives, Currie, LAB’58, AB’68, AM’73, saw numerous highs, weathered some lows, and crossed paths with every significant political figure in the state. She served with six governors before retiring this past January, and will continue to draw on her political expertise as a member of Illinois’s Pollution Control Board, to which she was appointed in April by Governor J. B. Pritzker.

Quite a run for someone who fell into a political career almost by chance.

Currie grew up mostly in Hyde Park; her father, Frank Flynn, PhD’49, taught in the School of Social Service Administration. She enrolled at UChicago in 1958 but left in 1959 and married David P. Currie, AB’57, later the Edward H. Levi Distinguished Service Professor in the Law School until his death in 2007.

Between David’s last year of law school at Harvard and clerkships, including one for Supreme Court justice Felix Frankfurter, the couple didn’t return to Chicago until 1962, when David began teaching at the University. By then they had a two-year-old son, Stephen, who was soon joined by a daughter, Margaret.

“So I did finally finish college,” Currie says, “but slowly, on the motherhood plan.”

Although she followed her undergraduate degree at UChicago with a master’s in political science, Currie wasn’t interested in an academic career. She was politically active—the Flynn family had always talked about current events around the dinner table—but never considered running for anything.

Then one day in 1978, she ran into Chicago attorney and activist Michael Shakman, AB’62, AM’64, JD’66. Bob Mann, who represented the 24th District in the Illinois House, had recently announced his retirement. Currie asked Shakman, whose campaign she had worked on when he ran for constitutional convention delegate, whether he planned to run for Mann’s seat.

“I grew up in the benighted 1950s,” says Currie, “when there weren’t very many women in public office, and those who were generally inherited the job.” But her children were nearly grown, and after consulting with family and with friends in local politics, she says, “we decided to go for it.”

She won, “though not real handily,” and entered a new world.

At the time women made up just 13 percent of the Illinois General Assembly, but “there were enough of us to make people feel as if they had a responsibility to be doing good things for women.” She remembers male legislators who would cite their support of a specific domestic violence bill while refusing to support the Equal Rights Amendment.

But she also found strong support networks. The bipartisan Conference of Women Legislators began the year she came to Springfield, giving new legislators like Currie a forum to try out their first bills, “so you could go through the ropes without people laughing at you, or get your arguments organized before you actually turned up in a real committee hearing.”

She also noticed that male legislators seemed relieved to let her and other women take the lead on bills addressing sexual harassment, maternity leave, and other so-called women’s issues, about which Currie was passionate. “People were really helpful with figuring out what legislation I might be interested in,” she says, “but it was also fair to say that they were delighted to get rid of the ‘girl bills’ when they saw the girl.”

Currie was known for her diligent preparation to present a bill—a habit she acquired at UChicago. “You did learn to establish arguments for and against your position. And to me that was extremely valuable.”

She enjoyed the preparation but also found it necessary. Every legislator wields a different type of power, she believes. When she started, most women in the legislature did not enjoy the power of strong financial backing or party support. That’s still the case for many. “What we have is knowledge,” she says. “We know the bills, we know the issues, we know how to make a case.”

When Currie became House majority leader in 1997, women made up just 26 percent of the Illinois General Assembly as a whole. The reaction of women in the capitol—across party lines—was unanimous, “whether they were secretaries, lobbyists, or whatever,” Currie says. “They could not have been more pleased with the fact that one of us made it. Because if one of us makes it, we all do.”

As majority leader, Currie was responsible for getting bills passed—not always exciting work. Most legislation concerns what Currie calls “bread-and-butter” issues that affect a specific interest group and simply involve working with that group to drum up support among legislators.

Horse-trading, in which legislators agree to support each other’s bills, does happen for these bread-and-butter bills, but it is relatively rare on big issues like gay marriage or the death penalty. “They’re issues you really believe in or you really don’t,” Currie says.

Passing significant legislation can, however, require time and grassroots activity to build the political will of legislators to support it. She remembers a failed bill she sponsored in the early 1990s to fund needle exchanges for intravenous drug users. One downstate Republican told her that the idea made perfect sense, but he couldn’t vote for it because he could never explain it at home. “In a way, he was right,” Currie says. “He probably couldn’t explain it at home.”

A few months into her retirement, Currie hopes to be remembered for her honesty, fair-mindedness, and ability to see other perspectives. Christian Mitchell, AB’08, a former representative of Illinois’s 26th District who’s now a deputy governor of Illinois, used to drive Currie back to Chicago from Springfield legislative sessions. He considers her “the smartest person I’ve ever met in my life”—and one with a sense of humor. “Even in the most difficult floor debate, while someone is hurling invective at her,” Mitchell says, “she’d smile and disarm the person with her amazing wit.”

In turn, Mitchell and the newest group of incoming legislators make Currie hopeful for the future of politics, even as she laments the current climate of polarization.

“I would never have been in politics all these years,” she says, “if I had not been an optimist.”

1978
Elected to the Illi-nois House’s 24th District, becoming one of just 23 women in the 177-member General Assembly.