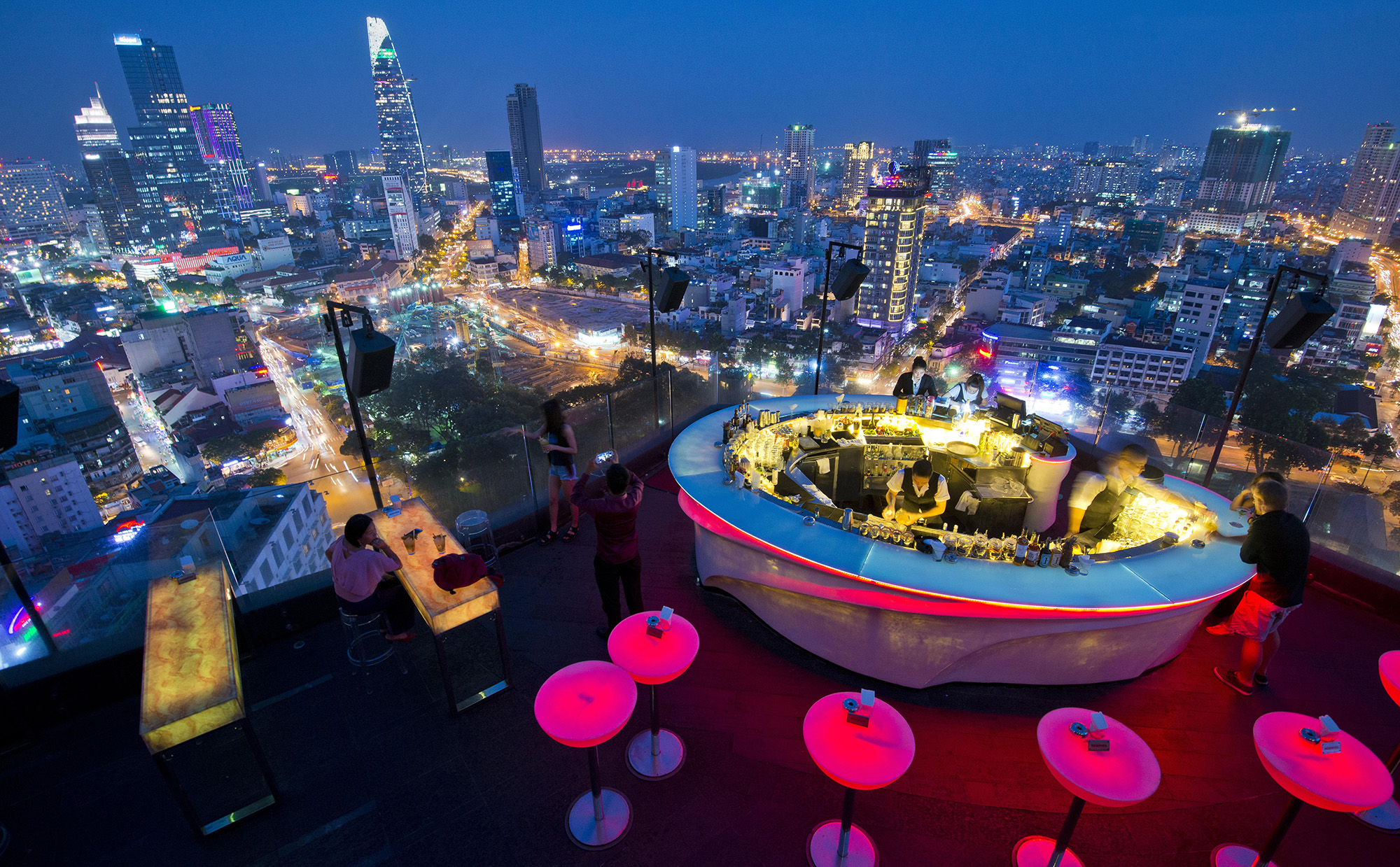 Kimberly Kay Hoang was doing research on foreign investment in Southeast Asia when she met with Alan (a pseudonym), the chief executive officer of a large Vietnamese asset management firm. Over a glass of Chablis at one of Ho Chi Minh City’s most luxurious hotels, Alan offered what Hoang had come to see as the usual patter, sharing his firm’s rags-to-riches story and excitement about investing in a rapidly expanding economy.

Finally, Hoang—an associate professor of sociology and director of the Global Studies program—cut to the chase. How, she asked, do you handle the challenge of trying to make money in markets where regulation is lax and corruption is all but unavoidable? To Hoang’s surprise, Alan leveled with her, describing openly the ways that successful investors in emerging markets walk the line between legal and illegal, staying one step ahead of regulators. “To make money anywhere in Asia,” he told her, “you need to master the art of ‘playing in the gray.’”

“Playing in the gray”—who does it, how they do it, and the powerful interests it serves—is the subject of Hoang’s forthcoming book, Spiderweb Capitalism: How Global Elites Exploit Frontier Markets (Princeton University Press). The result of six years of research, hundreds of interviews, and 350,000 miles of travel, the book reveals how wealth is shepherded into and out of Southeast Asia, particularly Vietnam and Myanmar, and the moral and legal dilemmas this process creates.

Hoang has studied the line between licit and illicit business before. Her first book, Dealing in Desire: Asian Ascendancy, Western Decline, and the Hidden Currencies of Global Sex Work (University of California Press, 2015), examined links between sex work and high finance in Vietnam during the mid-2000s, a period when the country underwent significant economic growth due to foreign investment. Understanding the source and fate of that capital was a logical next step—but, as it turned out, logistically complicated.

Finding people who would speak frankly, even under the protection of anonymity, posed one major challenge to Hoang’s fledgling project. Another was the US Foreign Corrupt Practices Act, under which she could be considered a criminal accessory simply by observing conversations about bribery. On several occasions, Hoang opted to leave the room, either to avoid liability or because “on a personal and moral level, I didn’t feel comfortable witnessing things.”

Still, Hoang managed to find a large and varied group of people to interview—fund managers, entrepreneurs, lawyers, accountants, and corporate secretaries. In the gleaming high-rises of Hong Kong and Singapore and the nightclubs of Ho Chi Minh City, these professionals unburdened themselves. They outlined how they secured investments from billionaires all over the world; put the money into local factories, mines, and real estate; and exported the profits through intricate systems of offshore companies. Some interviews carried an air of confession. At times, Hoang felt like a therapist.

The tactics Hoang’s interviewees used may sound sensational or distasteful, but, she quickly discovered, they are also routine, mundane, and (often) legal. Investors engage in offshoring—the practice of moving companies or bank accounts abroad—partly for practical reasons, given the instability of local financial institutions. “In frontier markets,” she says, “it was the only way of doing business when you don’t have faith in the state or rule of law.” (Of course, the anonymity and tax advantages were useful too.) Similarly, bribery is often a fact of life in countries that can’t afford to pay public servants livable wages.

But practices that are mundane are not necessarily risk-free. Investments in Southeast Asia fail at high rates. Governments rise and fall; new ruling parties may not look kindly on projects approved by their predecessors. Bribing the wrong person at the wrong time can result in a jail sentence. Spiderweb Capitalism recounts the tale of one investor who, seemingly out of nowhere, received a $15 million tax bill from the Vietnamese government that ultimately sank his project.

Such legal and reputational risks are not shared equally. One of the book’s revelations is the divide between ultra-high-net-worth individuals (UHNWIs), with liquid assets of at least $30 million, and high-net-worth individuals (HNWIs), with between $1 million and $30 million. For UHNWIs, investments in Southeast Asia typically represent a tiny portion of their wealth; a single failed deal scarcely matters. They are shielded from public scrutiny via offshoring and webs of holding companies. HNWIs, who may work as attorneys, accountants, or fund managers like Alan, are handsomely compensated for their services, but if something goes wrong, “they’re the face of the deal,” Hoang says. “They’re the fall guy.”

They aren’t the only ones left holding the bag. Local populations may receive little lasting benefit from foreign investment, but they live with the economic, social, and environmental consequences. If, say, a mining project fails, a billionaire’s net worth may go down and a millionaire may suffer public embarrassment—but hundreds of workers lose their livelihoods.

Hoang admits she walked away from Spiderweb Capitalism without a clear solution to the widespread problems her book identifies: corruption, inequality, tax avoidance, lack of transparency. But she believes it’s important to view these as a collective and systemic challenge: “The problem with dividing the world between ‘they’re corrupt over there, and we’re not over here’ is that it completely misses the fact that our global economy is interconnected.” Much of the wealth generated in Southeast Asia—and other emerging markets around the world—finds its way back to the West. We can’t escape the gray, Hoang argues, so we must confront it.