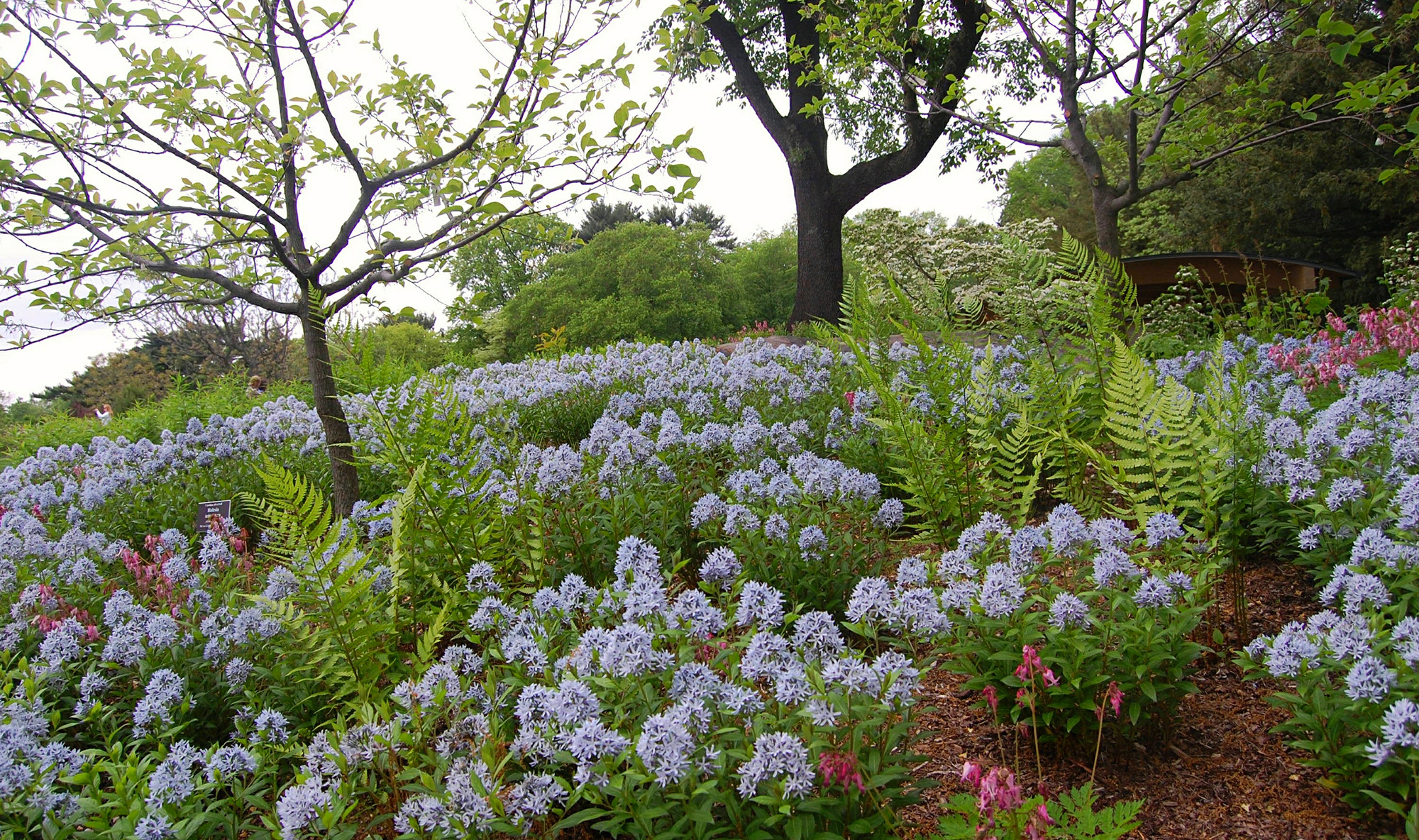 How to make your yard more like a prairie

A list of native substitutes for nonnative (and boring) plants.

Charlotte Adelman, AB’59, JD’62, thinks you should rip out your lawn. And while you’re at it, get rid of all the nonnative plants you bought at the big box store and put in native plants instead.

“Whether we proceed in small incremental steps or with big landscaping projects,” Adelman writes in The Midwestern Native Garden, “each of us can decide to choose native plants as alternatives for nonnative ornamentals.”

For readers looking to follow Adelman’s advice, below are some places to start. As she writes in Midwestern Native Shrubs and Trees, “The idea of restoring all of North America’s ecosystems to a pure, pre-European immigrant state is unrealistic. But perfection is not required.”

Read more about Adelmanʼs gardening philosophy in “Rip Out Your Lawn.”

Popular nonnative plant: Various imported honeysuckles, including Asian bush honeysuckle, Amur honeysuckle, and dwarf honeysuckle. Invasive and difficult to eradicate once established. Birds nesting in these honeysuckle bushes experience higher rates of predation on their nests because of the branch structure.

Popular nonnative plant: Forsythia. Adelman says the shrub’s yellow flowers “rarely receive visits from birds or butterflies,” notes that it has “neither fall color nor other ornamental value” besides the flowers, and quotes Penelope O’Sullivan, author of The Homeowner’s Complete Tree and Shrub Handbook, who calls it “a suburban landscape cliché.”

Native alternative: Any one of the currant family, including golden currant, buffalo currant, clove currant, and Missouri currant. Like forsythia, currants have yellow flowers, but they bloom from March to June instead of only April and May. “The plants attract and have special value to native bees, including their most effective pollinators, long-tongued bees.”

Popular nonnative plant: Crocus. To keep small mammals from digging up the bulbs—either to eat them or in search of insects or worms—many gardeners put up barriers and repellents.

Native alternative: False sunflower, fewleaf sunflower, and others can replace yellow or orange mums; hardy ageratum or American pokeweed can replace pink, purple, or red mums; and white snakeroot can replace white mums. All attract insects; herbivores such as deer and rabbits avoid snakeroot and pokeweed because its leaves are too bitter.