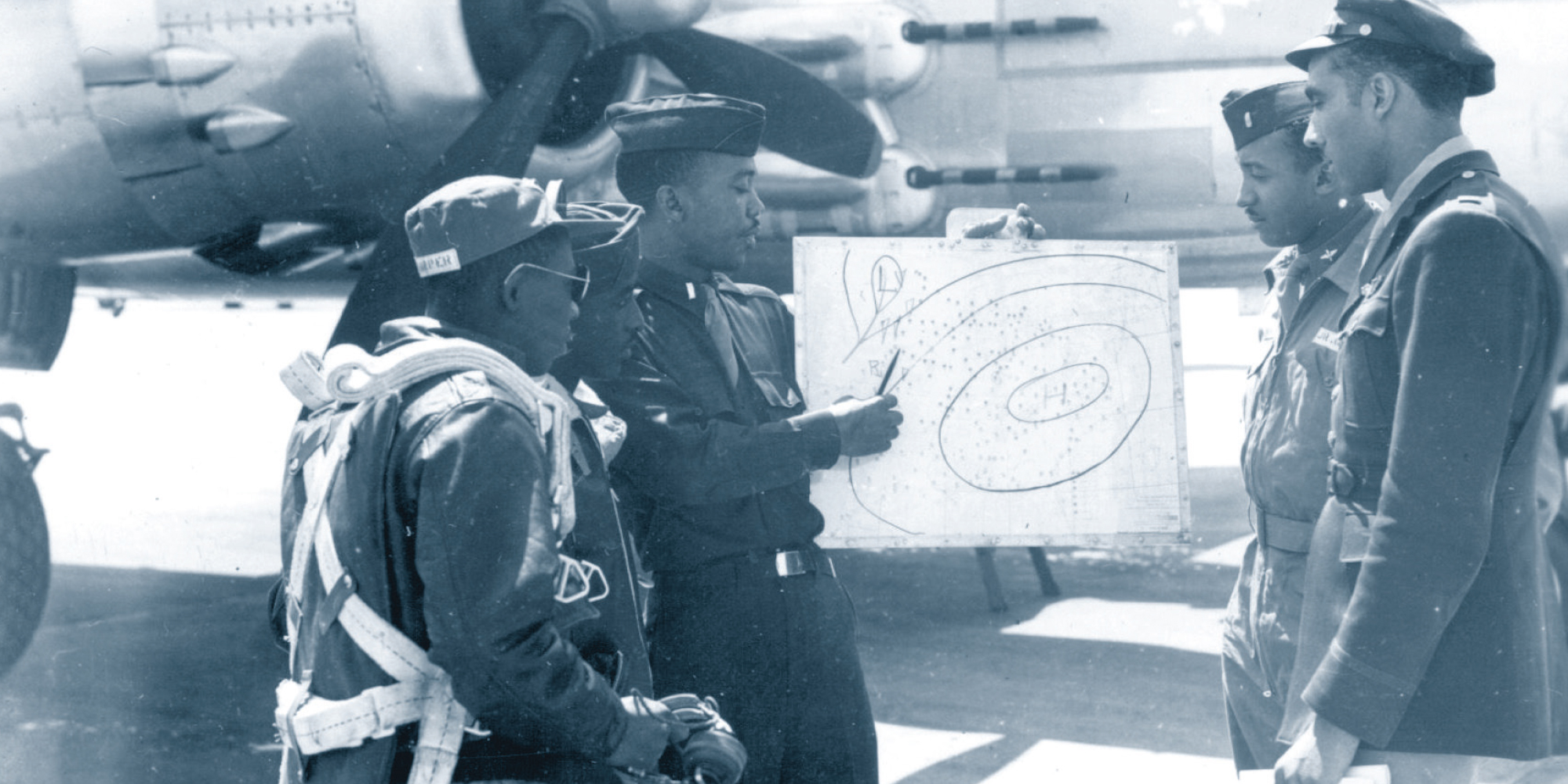 A change of climate

By
Author
Maureen Searcy
|
The University of Chicago Magazine
—
Fall/20

Originally an astrophysics major, Joanne Gerould Simpson, SB’43, SM’45, PhD’49, was required to take a meteorology course to obtain her pilot’s license as part of the University of Chicago student flying club. Her interest in the field took off, so she made an appointment with Carl-Gustaf Rossby, who had recently arrived to start up UChicago’s Institute of Meteorology. “Ten minutes later, I was in the World War II meteorology program as a teacher-in-training,” she told a biographer for NASA, where she landed 38 years later as chief scientist for meteorology, Severe Storms Branch. Six other women joined the program with her.

Simpson went on to teach aviation cadets while earning her master’s. Of the 6,000 American military officers trained in meteorology during World War II, about 100 were women. After the war ended, women were expected to return home and “get behind a mop,” Simpson said. She wanted to earn a PhD but was told it was inappropriate for women because meteorologists worked at night and flew in airplanes (her pilot’s license was seemingly irrelevant).

But she found an adviser, Herbert Riehl, PhD’47, who had recently received his own doctorate, and decided to study clouds. At the time, many believed clouds were the result, not the cause, of weather; Rossby said that because there wasn’t much interest, it would be a good subject “for a little girl to study.” Despite the resistance and condescension she encountered, Simpson became the first woman to hold a meteorology PhD.

In an oral history for the American Meteorological Society, Charles E. Anderson, CER’43 (Meteorology), cites Simpson as one of his important classmates who went on to professional prominence. Unlike Simpson, Anderson, who wanted to join the Army Air Corps, couldn’t become a pilot because of poor eyesight. “I could have gone into engineering,” he said, “but my background in math and chemistry seemed to be exactly the kind of background that they were looking for [in] meteorologists, so I applied.”

In 1943, 45 Black students had earned PhDs at the University of Chicago, more than any other university at the time, but the Army Air Corps was still segregated. So when Anderson and several other Black meteorology cadets, undergraduates, and graduate students from various programs left the University of Chicago, they became Tuskegee Airmen—“an all-Black training operation to produce fighter pilots and bomber pilots and crews,” said Anderson. He served in the Tuskegee Weather Detachment, an elite cadre of trained meteorologists who helped open the field to African Americans.

After Anderson was released from active duty, he attended MIT to pursue a PhD in meteorology. In 1960 he became the first African American to be awarded that degree.

For more on meteorology at UChicago, see “Pilot Program.”