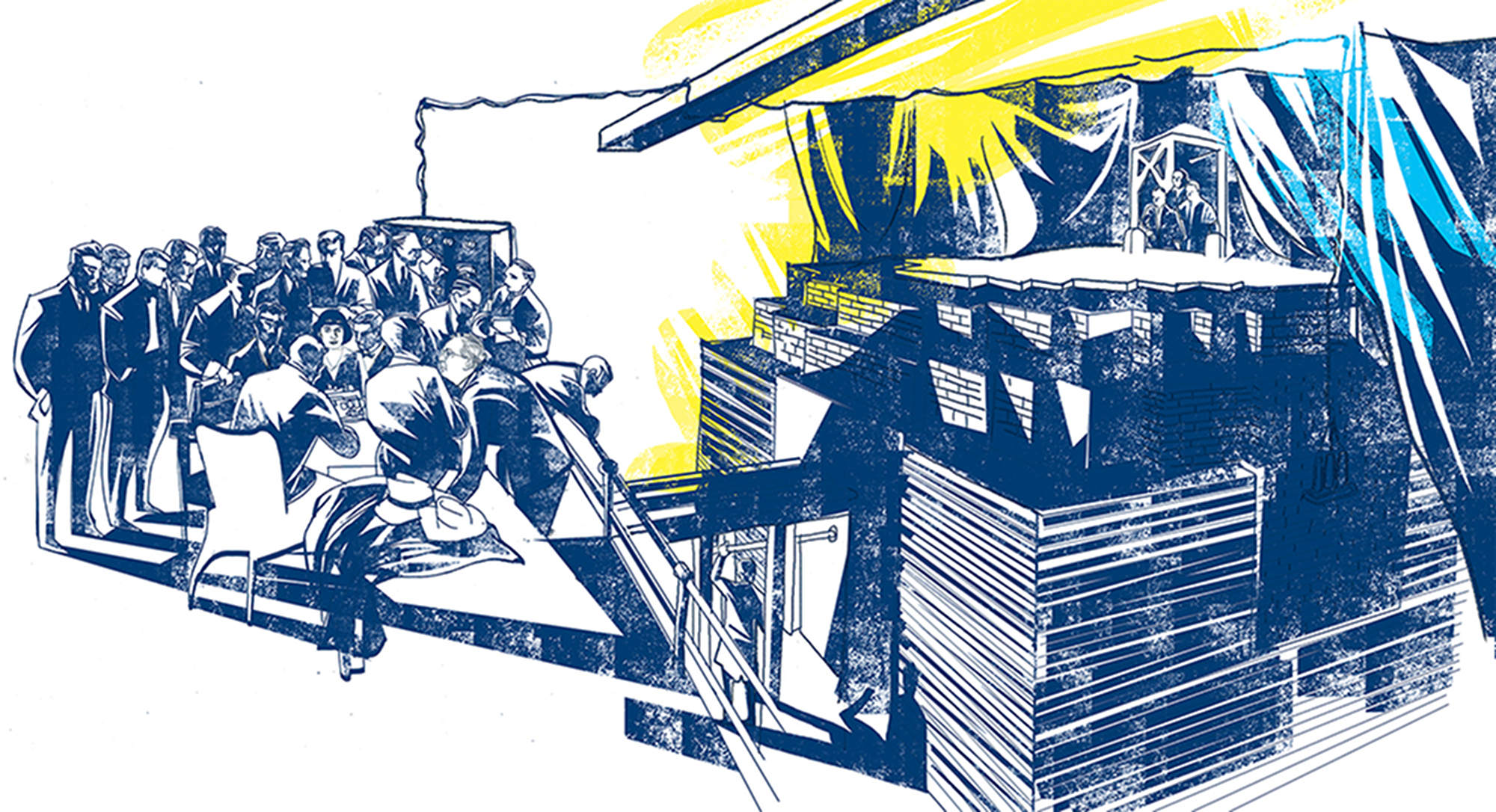 The story of the first controlled, self-sustaining nuclear chain reaction is one of science, of war, and of people—those who made the experiment a success, those who strove to inform the public about the threats the breakthrough posed, and those tending its ambivalent legacies today.

By
Author
Laura Demanski, AM’94
|
The University of Chicago Magazine
—
Fall/17

To mark the 75th anniversary of Chicago Pile-1 this December 2, the Magazine offers glimpses of eight individuals and one critical relationship connected with the experiment.

In “Clashing Colleagues” Richard Rhodes, author of the definitive history of the atomic bomb, describes the friction between Enrico Fermi and Leo Szilard, the experiment’s main intellectual authors, and how their science survived it.

The profiles in “Pioneers and Inheritors” offer glimpses of Szilard and three more Manhattan Project scientists—none household names like Fermi, but all notable contributors to the experiment or the stewardship of its broad repercussions. That stewardship continues today, in part through the work of four UChicago faculty members in the physical sciences, social sciences, public policy, and the humanities. Together these scientists and scholars’ experiences illuminate how the reaction was achieved, and how it remade our world.

The Magazine invited alumni experts to contribute essays on aspects of CP-1 and its repercussions. In “Elemental,” art historian Erin Hogan, AM’91, PhD’99, explores the origins of Henry Mooreʼs sculpture Nuclear Energy, the subject of controversy when it was commissioned. Particle physicist Yangyang Cheng, PhD’15, looks at the intersection of science and politics in her native China in “When Scientists Become Soldiers.” And political scientist Nuno Monteiro, AM’04, PhD’09, reflects on CP-1’s profound effects on the global balance of power in “The Nuclear Gamble.”

In Inquiry, the publication of the Division of the Physical Sciences and a special section of the Fall/17 issue of the Magazine, the story “Manhattan’s Critical Moment” chronicles how the experiment proceeded on that consequential day.